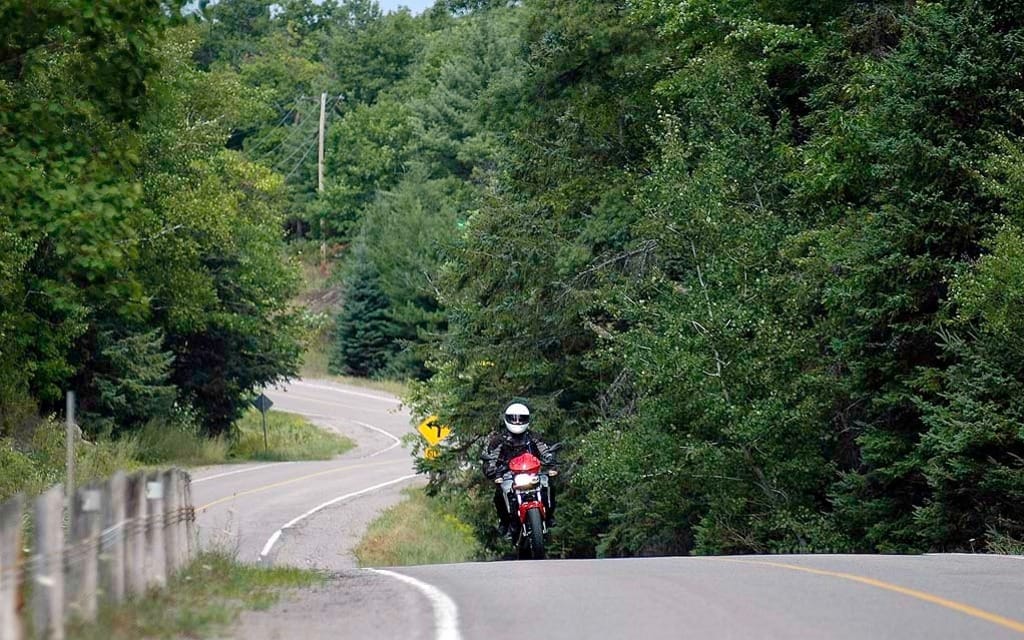 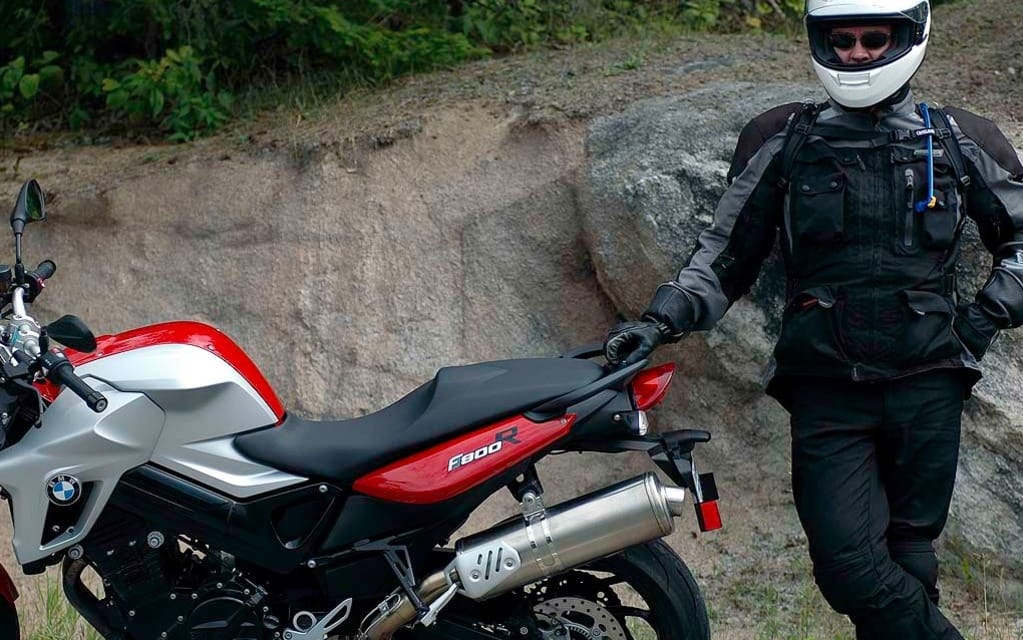 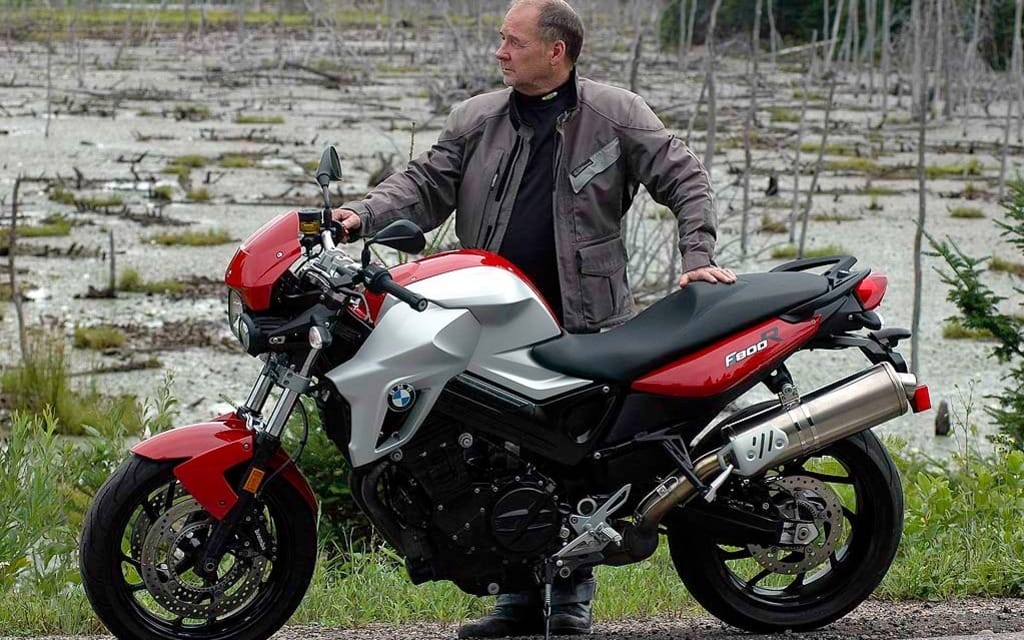 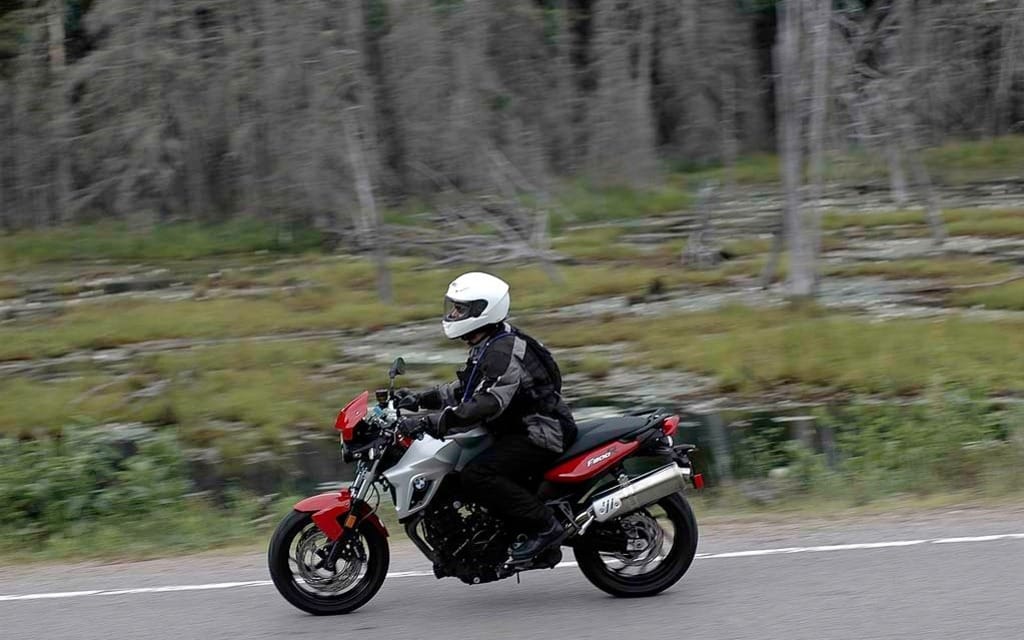 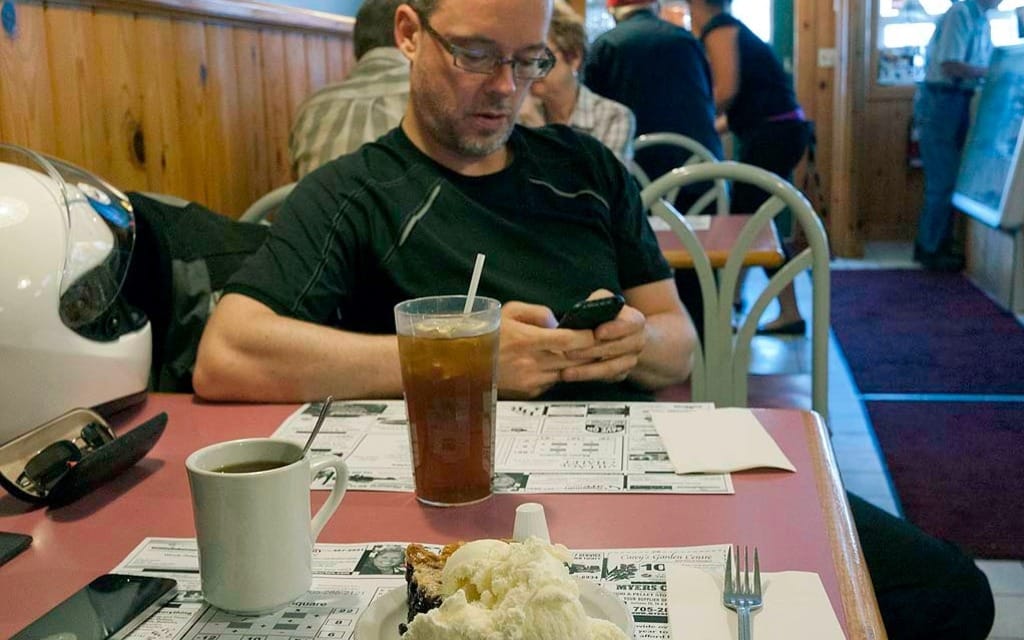 Bremner and Thornton went looking for nothing in particular. Fortunately, they didn’t find it

By Steve Thornton
Buckhorn, Ontario, reminds me of Wasaga Beach. It’s not anything like that Georgian Bay resort town, but a long, sunburned avenue heading into the village northeast of Toronto takes me back, for some reason, to the late ’60s and an all-night party at Wasaga with the usual suspects and a lot of loud music. The very memory makes my eyes water. Or maybe it’s the breeze that knifes past the edge of my face shield, given an easy route by the near-nakedness of this red BMW F800R.

Behind me, Bremner sits high and comfortable on the Triumph Tiger Explorer. For him, the bike is a revelation; it’s near enough to his personal bike, a V-Strom 650, to be instantly familiar, but it’s oh-so-much more, given that 1,215 cc engine’s instant kick of power. The BMW, by contrast, is less torquey, less comfortable, and feels smaller, lower to the ground. It also feels sportier, more precise, more nimble, and more willing to change direction in a hurry; I’m enjoying its minimalist attributes and its pleasing, throaty exhaust note.

I just wish we were somewhere else. The road leading into Buckhorn is not promising, and so when we get to the end of it, we decide that at least it was honest, because there’s nothing here to interest us.

We turn around, head west, from whence we came. Bremner and I have been on the road for three or four hours, heading north and then east from Orillia, on a quest to find the footprints of our ancestors. More importantly, we’re getting hungry. Fittingly, we met up at a Tim Hortons doughnut shop on the outskirts of Orillia. I’ve been visiting family nearby for a couple of days, and this morning looked forward to getting back into the saddle, heading out to explore the roads in the cottage-country south of Algonquin Provincial Park. It’s another memory I’m chasing, not one from my youth, but from the magazine’s earlier days. Eleven years ago, in fact.

In the fall of 2001, our editorial forebears—Bruce Reeve, Paul Penzo, Piero Zambotti, and Hugh McLean—had set off on an annual Cycle Canada Fall Tour through the middle of Ontario. They had run into drenching rain that might have ruined the trip, but for the discovery of some lovely roads near Haliburton, in the cottage country south of Algonquin Provincial Park. I had stumbled across that story a few months before and thought it might be entertaining to trace the old route. Bremner, never one to shy away from a good ride, eagerly agreed.

So on a bright and windy August morning Bremner road the BMW up from Toronto and we met for coffee at Tim Hortons, where I had parked the Triumph. We briefly consulted a road map, then headed north on Hwy 11. It’s often the first part of a tour that feels best. Your body hasn’t been pounded by miles of rough pavement and grating wind, the air is cool and the light falls easy on the eye. Later, the wind is hot, the suspension under you is a jackhammer, and the sunlight glares—but now, in the morning, with all of it before you, riding a motorcycle is simple pleasure, physical and emotional.

We cruised past Washago and Severn Bridge, past Gravenhurst, to Hwy 118 just shy of Bracebridge, and there we turned east. The sun was high enough in the sky to stay out of our eyes, and the road curled away from the busyness of 11 and all its traffic, running past cottages and resorts and forested hills as the morning eased on. Bremner had not tanked up after his run from Toronto, and soon the Beemer’s fuel gauge dipped precariously. We stopped for gas at Carnarvon, 50 km east of 11, but a pickup truck driver advised us that the pumps were empty, we’d have to go south, to Minden, for gas. “Son of a bitch is always out,” he said. “I don’t know why I keep coming here.” Must be the coffee, I said.

We headed south on 35 toward Minden, a cottage-area town in the grip of a fistful of fishing lakes. Traffic piled up on the main street, much of it towing boats. We pulled over on a sidestreet, stretched our legs, walked away from the bikes and found a place to sit. Paul ordered lunch, even though it was only 11 a.m., while I more sensibly settled for blueberry pie and ice cream with coffee. We don’t have much in common so we dug out our iPhones, pretended we were busy for a while.

We switched bikes there and carried on. After the Triumph, I found the BMW’s posture a little more demanding, slightly hunched-over, a little crowded. For his part, Bremner felt immediately comfortable on the Triumph. “I like this bike!” he yelled, unnecessarily.

From Minden we headed east and north, up past Kashagawigamog Lake along an entertaining country road. When we reached the intersection of Kashagawigamog Lake Road and Gelert Road, near Haliburton, we turned south, which was a mistake. We were looking for one of the roads mentioned in that old CC Fall Tour story, No. 3, but we had misjudged our distances. Soon, we came to a turnout, and so we stopped to get our bearings, figure things out. The turnout was a kind of enlarged parking lot, and it allowed access to a building that I noticed was a fish hatchery, and on close approach I found that it was open. Bremner, glued to his iPhone, didn’t notice as I went inside, but he soon followed me. Inside, we found tanks full of small fish that turned out to be Haliburton Gold, a rare kind of lake trout. There were several tanks containing fish of varying sizes, which upon reaching some level of maturity would be released into the wild, there to be captured and eaten by fishermen. The hatchery layout was also studded with displays of local fauna, including a preserved fisher, which is a type of weasel, thin and slinky and capable of flowing like a shadow through the branches of a forest and, unfortunately, prized for its fur.

The pleasant young woman also took some time to straighten our bearings, and so we turned back, headed back up to Kashagawigamog Lake Road, then through the town of Haliburton and onto No. 3, where we turned south and enjoyed a nearly isolated ride past forests and swamps and eventually turned up at the town of Gooderham, where we caught 507 and continued south, tracing in reverse the path of Reeve and his pals. From time to time we traded bikes, though Bremner expressed a strong preference for the Triumph, and he took the lead sometimes. There was nearly no traffic and the road undulated and wound through pretty country in a way that shot through the afternoon with hardly a thought. Eventually, we reached Buckhorn, where we stopped for a photo beside some crudely carved animals, and then we headed south, toward big highways and Toronto.

For all my enthusiasm about riding in the tire prints of earlier CC writers, I hardly noted the splendour of the roads that had captivated me on paper. It had been early in the day, cruising north along Hwy 11, and then east on 118, that I had most enjoyed the ride. The air was just warm enough to feel fresh and the light from a mid-morning sun was soft and the bike thrummed under me. Curves along the length of 118 felt just right, and the joy of motorcycling, even 40-odd years after my first ride, was fresh and invigorating, like a new story or an old love found again. My notion of capturing some of the spirit of that earlier Fall Tour became nothing, and even now I can hardly remember No. 3 and Hwy 507, but in pursuing that reward I found others that I hadn’t expected and that reminded me, quite noticeably, why I like to ride motorcycles.

Later, as the day gained heat and we grew tired of riding, we stopped in some small town before entering the humming jetsam of Highway 401, and I bought a basket of peaches, most of which I ate on the side of the road while Bremner photographed me. He couldn’t quite get the angle right, and so I was forced to eat one after another while he snapped pictures. They were awfully good, which serves as a reminder, I suppose, that you get what you need when you need it. I thought I had needed to relive someone else’s memory, but I was wrong. In sharing the day with Bremner (with whom I do actually have more than a little in common) and those two splendid motorcycles, and a batch of Haliburton Gold fish fingers, I found that sometimes all you need to do is get out there and get a little lost, and let good things happen.