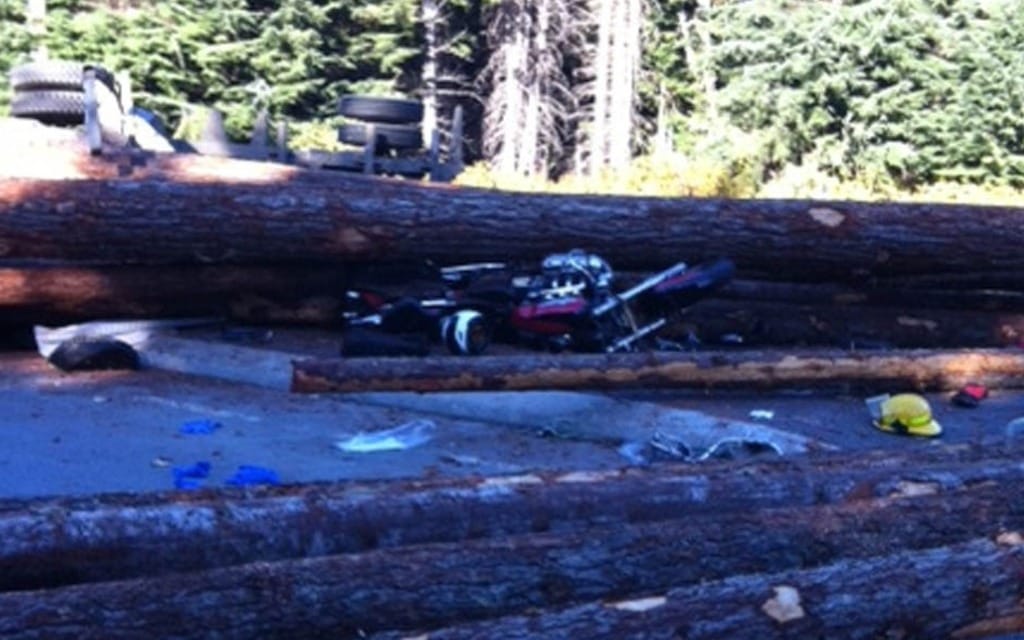 Logs fall on motorcyclist
A logging truck overturned and crushed a 65-year-old motorcycle rider in Whistler, B.C., on the weekend, after its heavy load became unstable.

Global News reports that the victim was riding on Hwy 99 when logs that spilled off the truck crushed him. He died from his injuries despite an emergency airlift to a hospital.

The truck was said by witnesses to be driving south when it went out of control in a curve, struck another vehicle, and then overturned. The truck driver was taken to a hospital and the occupants of the other vehicle were treated in Whistler.

Hwy 99 was closed for a number of hours after the collision.