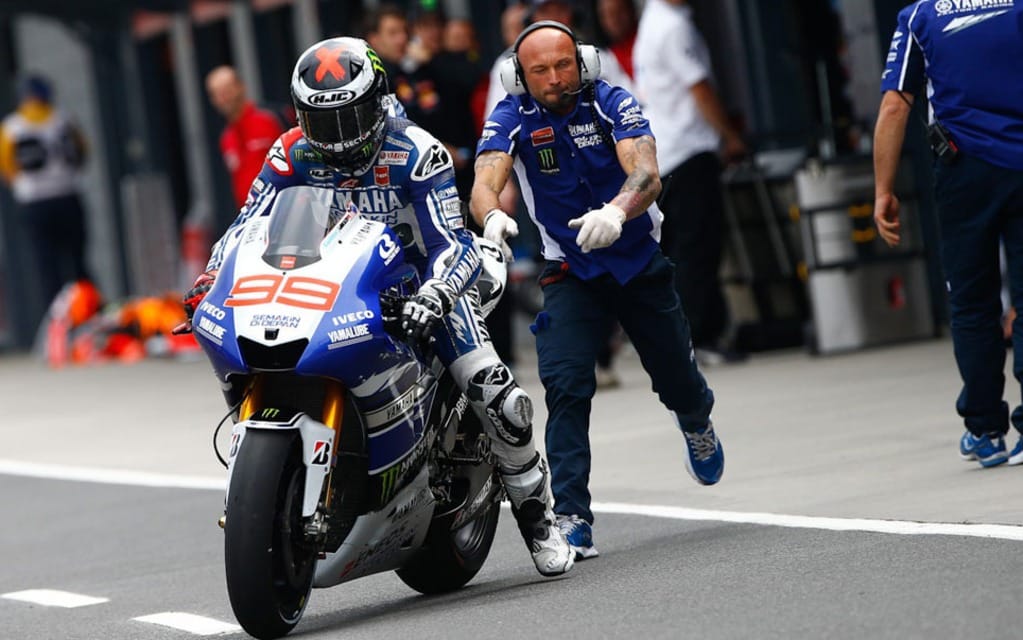 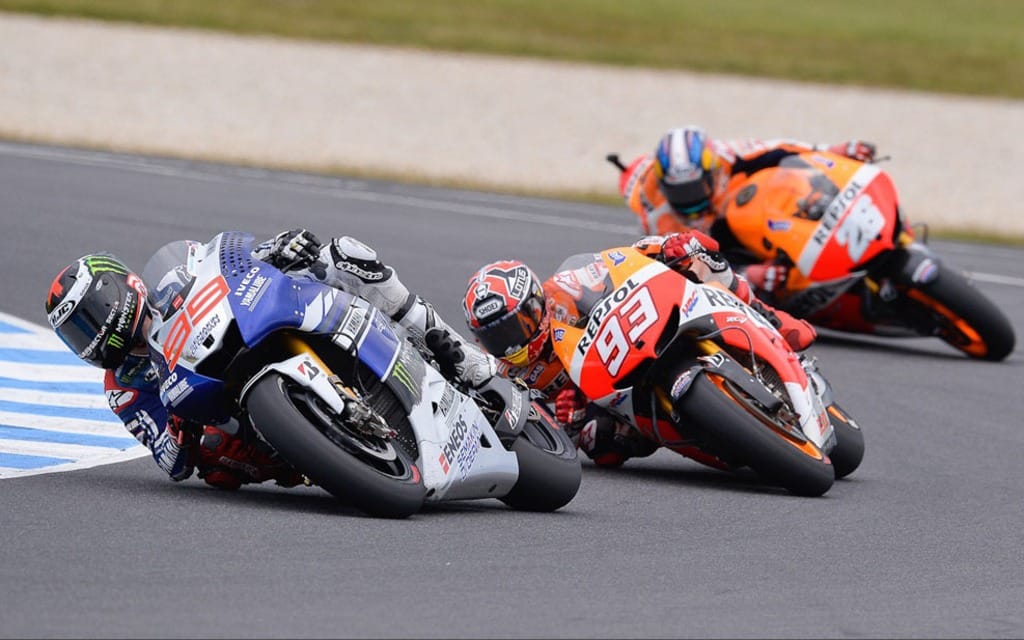 Drama in Down Under MotoGP

Pit stops and black flags
Yamaha’s Jorge Lorenzo took top spot in an Australian Grand Prix that will be remembered not for spectacular passes or daring defensive manoeuvres, but for a compulsory pit stop and the drama it caused. Conditions at the fast and flowing Phillip Island circuit resulted in a race format unprecedented in MotoGP: only 19 laps, with a mandatory pit stop that had to occur before 10 laps were completed. A new track surface and record speeds resulted in extreme tire wear, making a pit stop to swap for a bike with fresh tires necessary as Bridgestone could not guarantee the safety of its tires beyond the 10-lap limit.

Predictably, the top three in the championship points race were among the frontrunners from the start, with Jorge Lorenzo jumping out to an early lead ahead of Repsol Honda teammates Marc Marquez and Dani Pedrosa. The top three stretched a gap from the field and the battle was tight leading up to the mandatory pit stop. Pedrosa peeled off first, coming in during lap nine to swap bikes. Lorenzo followed on lap 10, but Marquez missed the mark and stayed out for an additional lap – one more than the mandated limit. After a quick bike swap, Lorenzo rejoined the race just ahead of Pedrosa to hold on to first place.

Marquez, after pitting during lap 11, made contact with the leader Lorenzo as he re-entered the race from pit road. Both riders remained upright, though the touch pushed Marquez wide and allowed Pedrosa to move through into second position. Pedrosa was then penalized one position for speeding during his pit stop, allowing Marquez through into second.

After some initial confusion about how he would be penalized for exceeding the 10-lap limit for pit stops, Marquez was ultimately black-flagged for the offense. Whether the result of miscommunication or a rookie blunder, the mistake proved costly as his disqualification put an end to his hopes of locking up the MotoGP championship in Australia. It also gave new meaning to the battle for fourth, which, after Marquez’s retirement from the race, became a battle for the final spot on the podium. After the drama of the pits and Marquez’s black flag, Lorenzo cruised to a first place finish, while Pedrosa crossed the line second and Yamaha’s

His victory, coupled with the disqualification of Marquez, leaves Lorenzo trailing the rookie sensation by only 18 points. Though it looks close, the deficit is still a substantial one as there are only two races remaining in the 2013 MotoGP season. But, as Phillip Island has proven, anything can happen in racing.