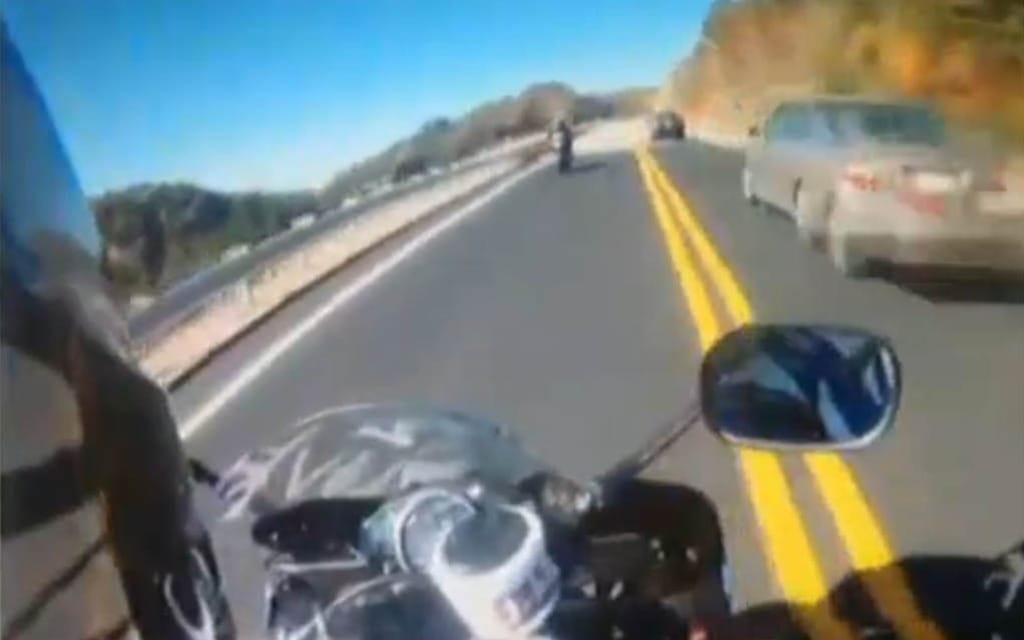 Got it on tape
Big fines and lots of points were handed out to a couple of motorcycle riders from Ottawa on the weekend, according to a CBC story, after police found video of them riding erratically on a camera.

Police at Wakefield, Que., stopped the two riders, aged 26 and 29, on Oct. 12 after witnesses called in complaints about their behaviour.

One of the riders was carrying a video camera that police seized. They said it revealed a number of driving infractions committed by the pair.

Each rider was fined more than $10,000 and given more than 100 demerit points, and police said they would be charged in court with dangerous driving.