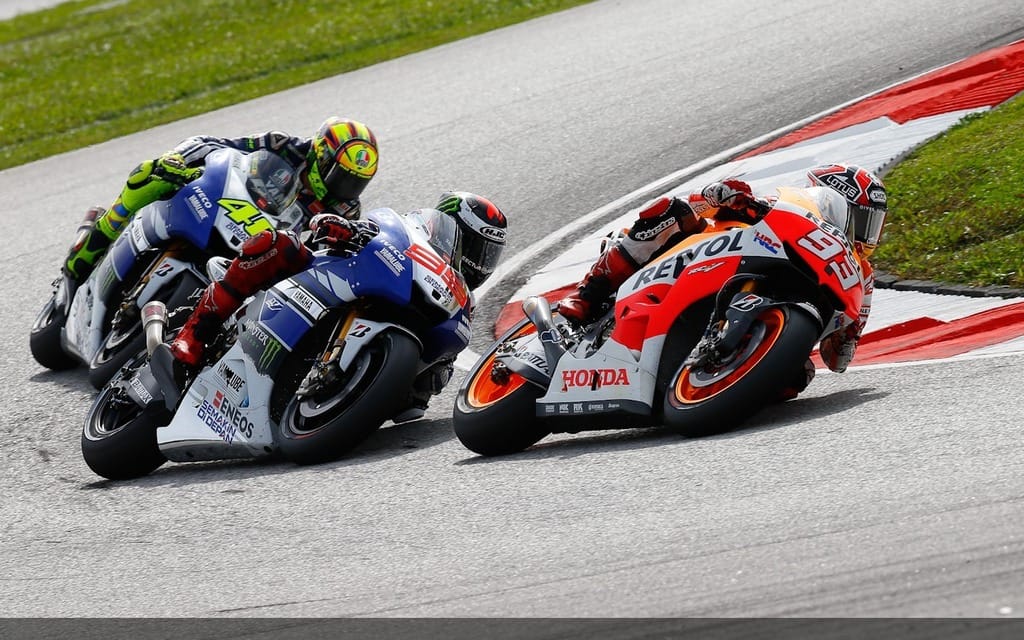 Marquez set to make history in Australia
At just 20 years old, Marc Marquez looks to become the youngest ever MotoGP World Champion this weekend at Phillip Island, Australia, and the first premier class rookie to win the title since Kenny Roberts in 1978. To do so Marquez will need a strong result in Sunday’s Australian Grand Prix, while fellow Repsol Honda rider Dani Pedrosa and last year’s champion Jorge Lorenzo hope to delay Marquez’s title quest.

Marquez has taken MotoGP by storm since entering the top level of competition at the start of 2013, finishing on the podium in every race except one. So far in his brief premier class career he has qualified in pole position eight times, has six Grand Prix victories and has laid down 10 fastest laps. He’s also the youngest rider ever to take pole position and follow up with a race victory. Even with two races left on the schedule after Phillip Island, if Marquez can end the weekend with a points lead of 51 or higher he will be the new MotoGP World Champion.

Of course, there are numerous scenarios that could hinder the rookie’s hopes of locking up the championship this weekend. Marquez currently leads the standings with 298 points, followed by Yamaha’s Jorge Lorenzo at 255. Dani Pedrosa, coming off a victory last Sunday at Sepang, sits third at 244. With the points race so close, and with so many contingencies at Phillip Island, Marquez may have to wait to claim his crown. But, judging by his rookie résumé, he likely won’t have to wait long.