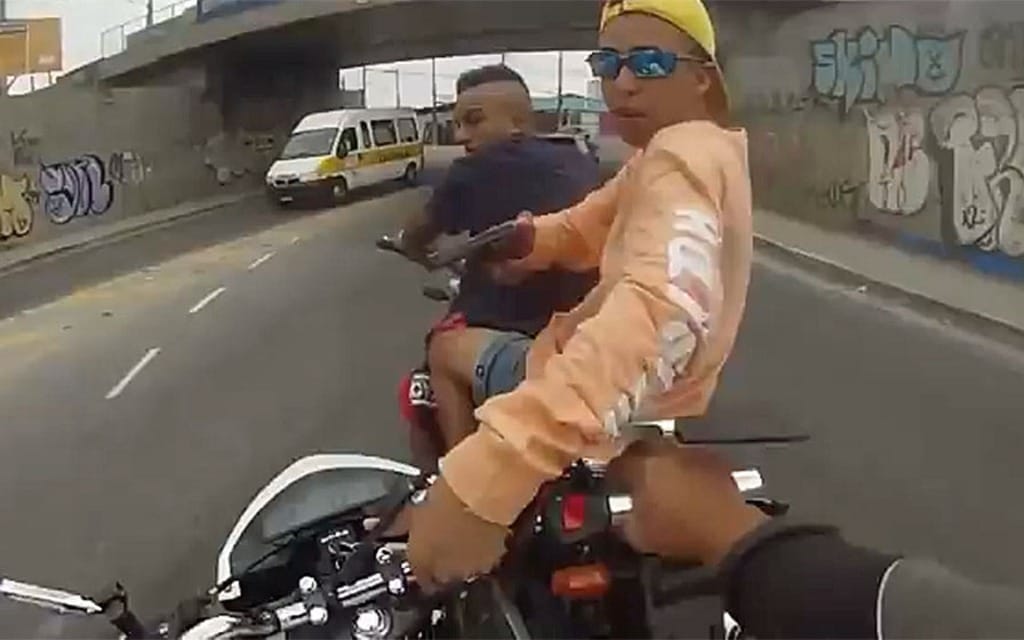 There’s a cop when you need one!
A would-be motorcycle hijacker in Brazil was stopped in his tracks by a bullet when an off-duty cop stepped into the action on Sunday.

The suspect, 18-year-old Leonardo Escarante Santos, was shot as he tried to get onto a Honda Hornet that he had taken at gunpoint from its rider moments before. The motorcycle owner, 35, was not named in the story by carscoops.com and was not hurt in the incident, but wore a helmet-cam that recorded the unsuccessful crime and its aftermath.

The attempted hijacking occurred after two men on a red motorcycle cut off the 35-year-old Honda rider at an intersection. The video shows Santos, riding on the red motorcycle’s passenger seat, turning and pointing a pistol at the Hornet rider, who immediately stopped and got off the Honda, letting it fall over. As Santos tried to get the Honda up and mounted, a police officer in uniform, who happened to be walking by, shot him in the abdomen. Santos will apparently survive to be tried for his efforts.