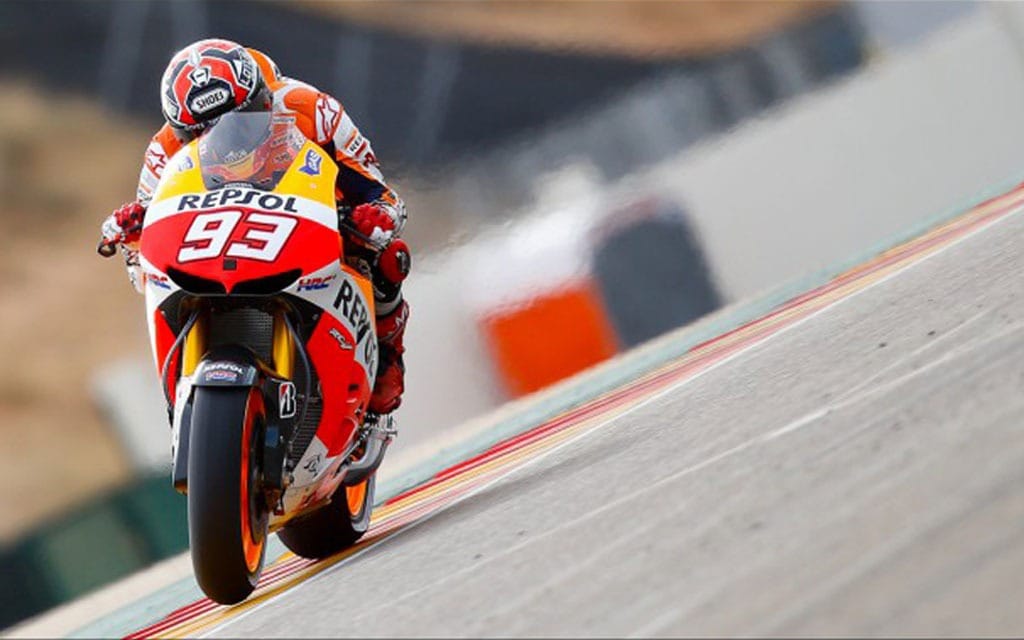 MotoGP announces 2014 calendar
Even before the 2013 season ends, MotoGP officials have announced a provisional race calendar for next year, with South America added and one U.S. race gone. The season gets underway Mar. 23 in Losail International Circuit in Qatar and ends Nov. 9 at Ricardo Tormo-Valencia in Spain.
The season total increases from 18 races to 19, and includes Autodromo Termas de Rio Hondo in Argentina on Apr. 27 and a round in Brasilia, Brazil, on Sept. 28, with that round subject to homologation.
North American fans still have two U.S. rounds, at Circuit of the Americas near Austin, Texas, on Apr. 13 and Indianapolis Motor Speedway in Indianapolis on Aug. 10.
With five wins, 213 points, and four races left in the season, Repsol Honda team rider Marc Marquez is leading the 2013 championship hunt by nearly 40 points over Yamaha rider Jorge Lorenzo.