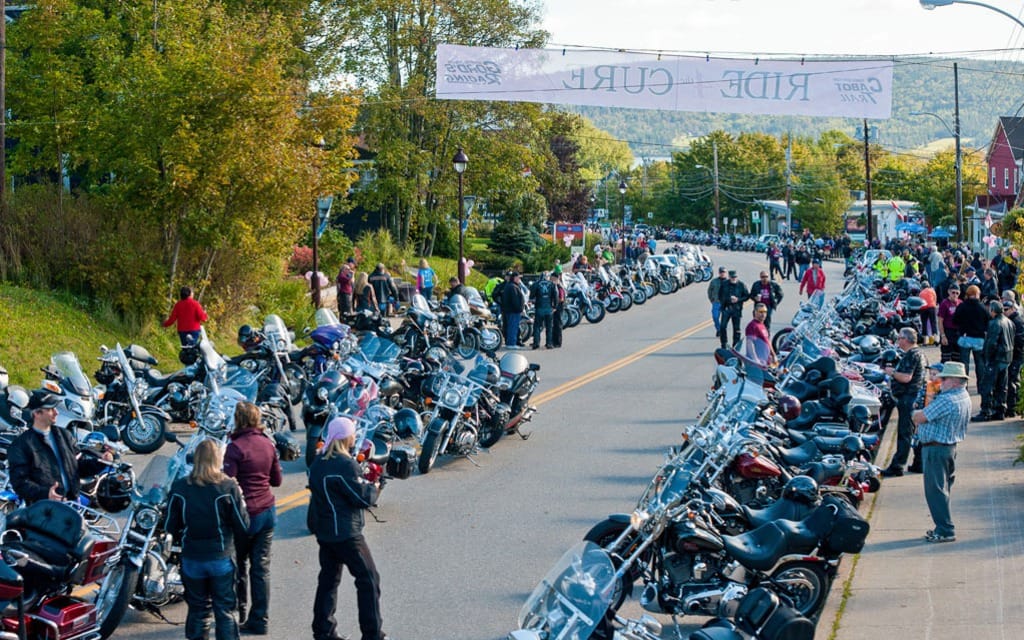 Riders raise money for the cure

Cape Breton riders raise $121,000
A motorcycle ride to raise funds for the Canadian Breast Cancer Foundation and the Cape Breton Hospital Foundation Cancer Clinic collected a record $121,200 in pledges on Sept. 21. Riders gathered in Sydney, N.S., and rode around the Cabot Trail before heading back to Sydney.
It was the 10th year for Gord’s Ride 4 the Cure, which has donated  $637,000 to the two charities since it began. In the first year a few riders managed to raise about $5,000.
Events got underway on Friday, Sept. 20 with a barbecue and entertainment by a local band, the Relatives.
A 1948 Indian Chief beqeathed to the cause by a local businessman was auctioned for $35,000, and further items sold in the auction raised another $13,500.
The ride is named for a local sponsor who started it a decade ago, Gord MacDonald. This is the last year MacDonald will run the event.