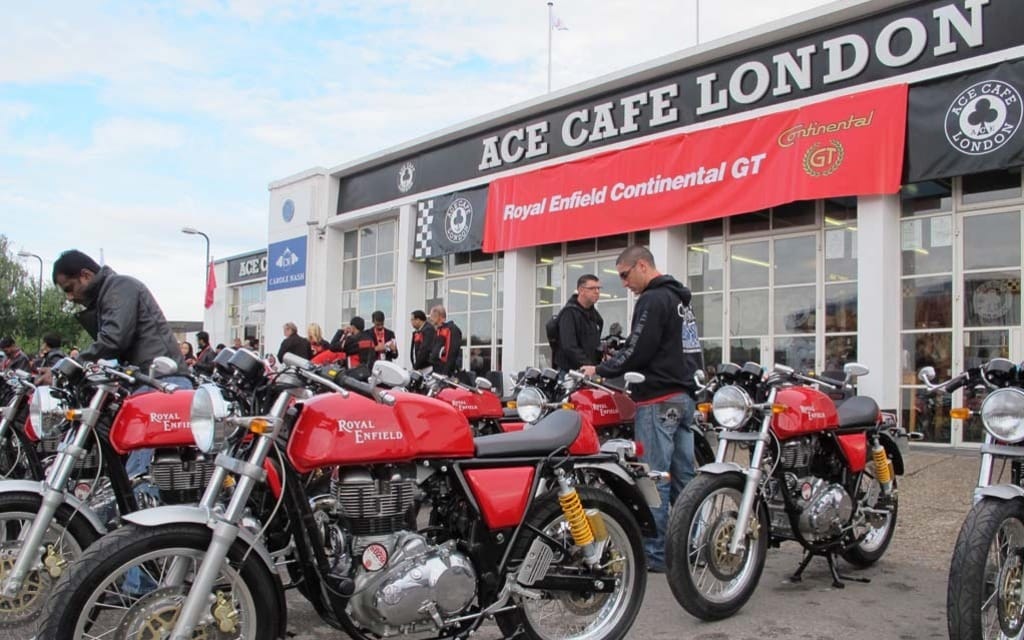 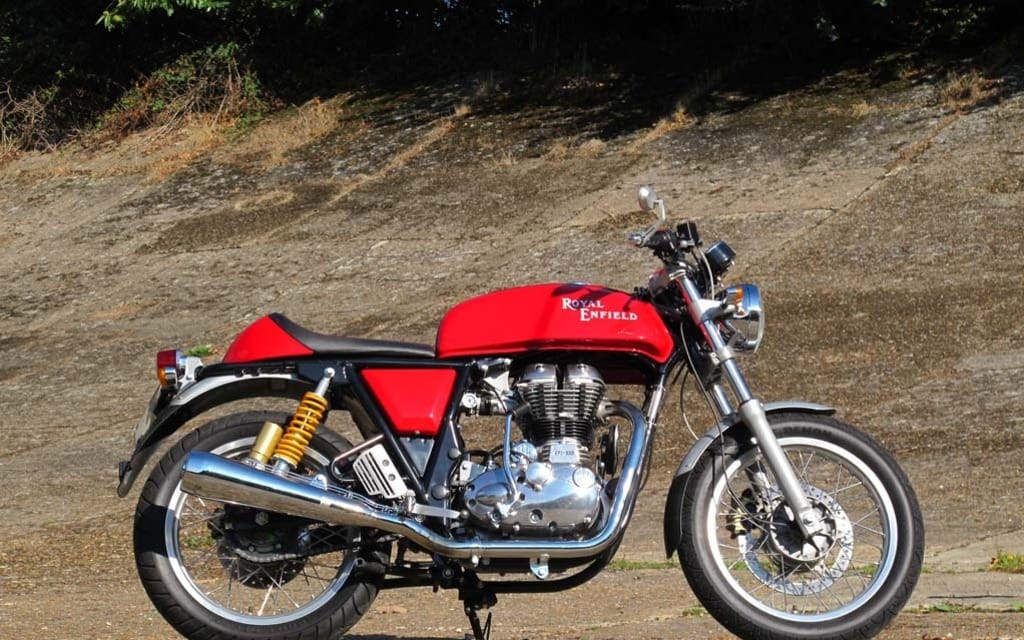 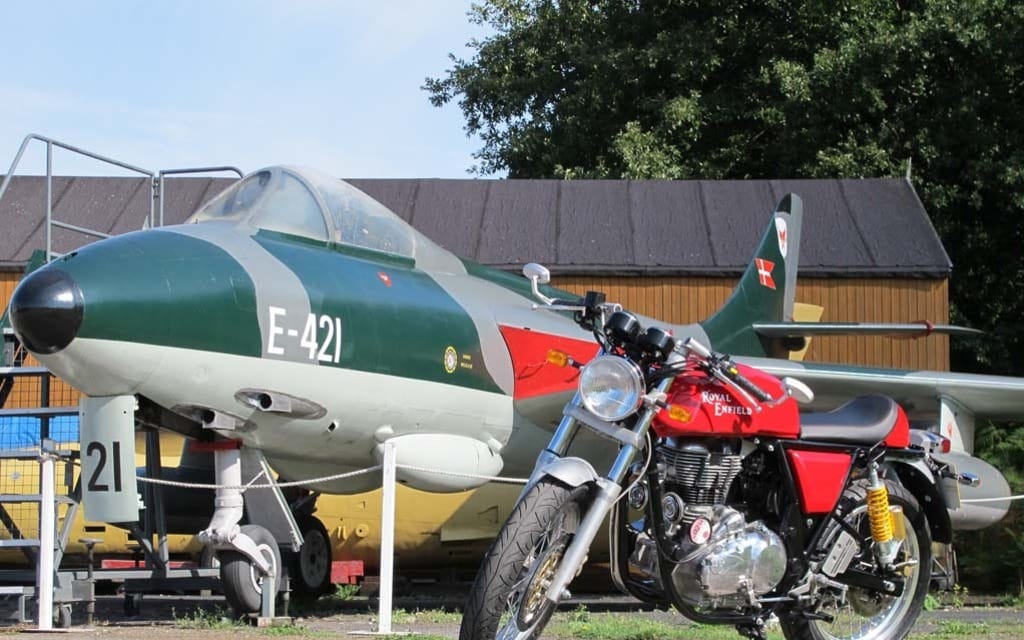 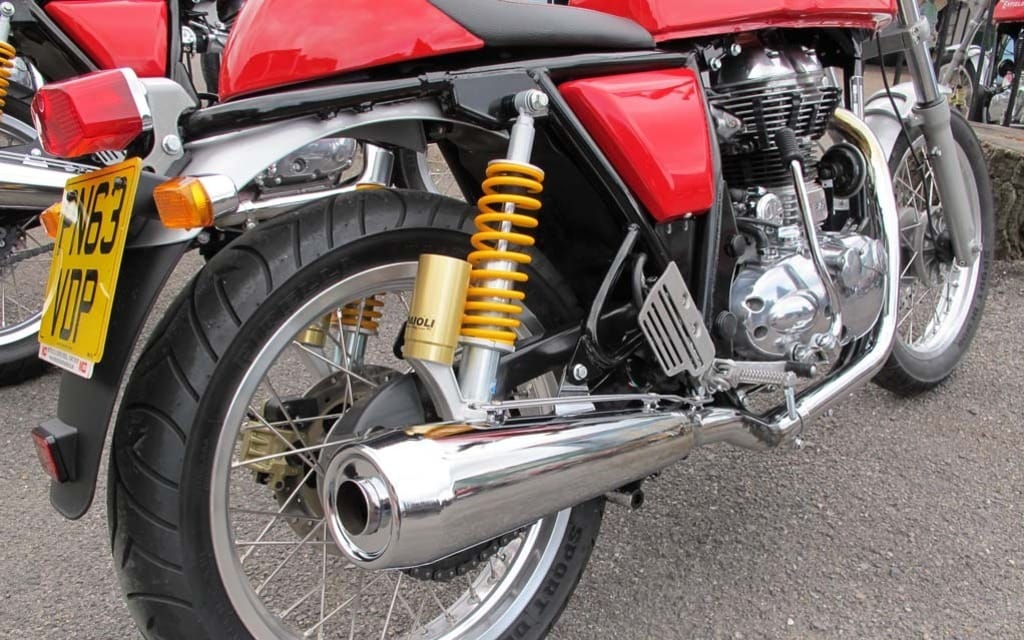 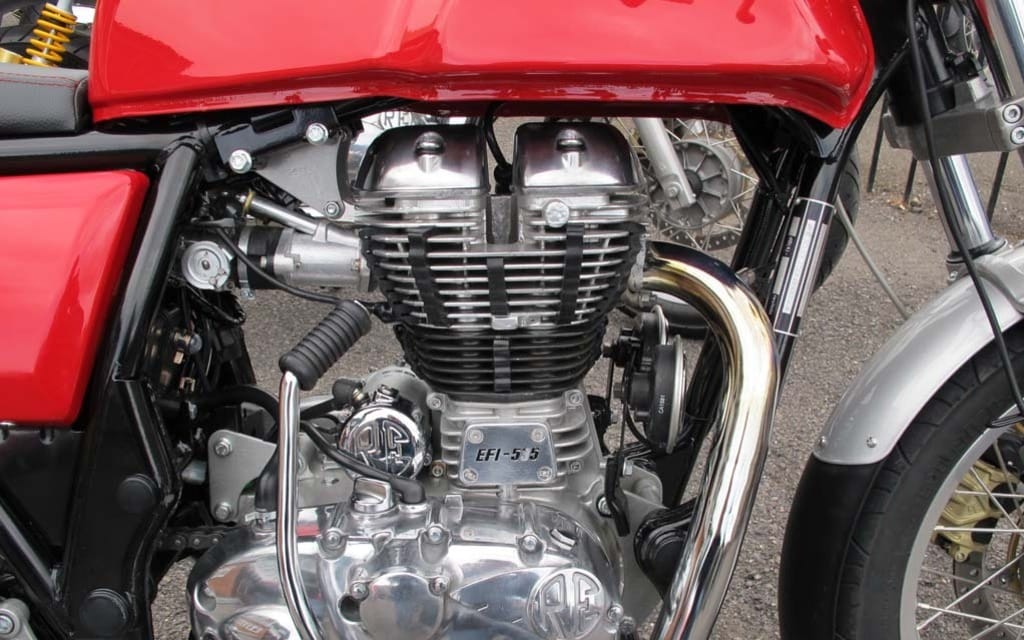 Royal Enfield Continental GT
By James Nixon
Stay left, look right. That’s the advice I’m given by some older, more experienced journalists also attending Royal Enfield’s launch of the new Continental GT. The launch is in London, England, and those bloody Brits have got everything backwards (or leftwards, rather). If there was a black box recording of my ride in England you’d hear “Stay left, look right,” muttered repeatedly in my helmet. Also, at least one emphatic “Oh shit!”
The new Continental GT is a throwback to the café racers of old, and the styling is there in the simple, clean, classic design. Instrumentation is appropriately basic, with dual analogue tach and speedo (odometer and fuel gauge are displayed on a small digital screen in the speedometer). While this bike is on the small side (wheelbase 1360 mm, seat height 800 mm, claimed wet weight 184 kg), the Continental GT can comfortably accommodate riders over six feet tall. The single seat looks frighteningly thin, yet is adequately padded. Riding position is upright and clip-ons are within easy reach. The 535 cc, air-cooled single cranks out a claimed 29.1 bhp at 5,100 rpm. The GT uses a five-speed transmission and chain drive, delivering power to pavement via 18-inch Pirelli Sport Demons. The bike features an old-school kick-starter, as well as push-button ignition. Another nod to modernity is the incorporation of electronic fuel injection.
The Continental GT delivers a fun, functional ride, and would certainly be a capable urban commuter. The torquey engine and easy handling are appreciated in busy London traffic, though on the highway the GT’s shortcomings become apparent – namely, its lack of power and vibratory tendencies when pushed over 100 km/h. A forty-one mm telescopic front fork, coupled with twin Paioli rear shocks, provides adequate suspension. Though the brakes are Brembo – a single 300 mm disc with two-piston caliper up front, 240 mm disc with single piston caliper at rear – stopping power is less than impressive. Those minimalist mirrors look nice, but are basically useless. Also, don’t be seduced by the pictured exhaust; it’s aftermarket, with a larger, quieter unit coming stock.
The new Continental GT is expected to reach Canadian soil early next year (late February to early March), and, though no firm figures have been released, price is estimated at slightly below $8,000. How much below is unclear, and could be a determining factor in how well the GT competes in the midsize market. While you’re not necessarily buying performance, you’re definitely getting character. In a world of somewhat bland and predictably styled midsized offerings, this bike is certainly distinctive. To say it simply, the Continental GT looks right. Now, if only I could do the same.