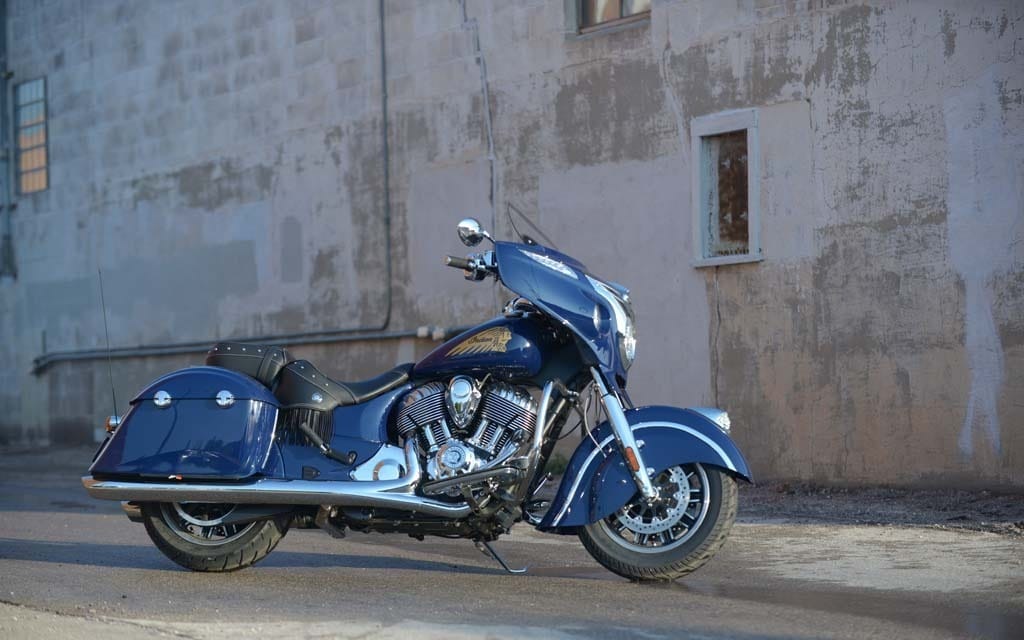 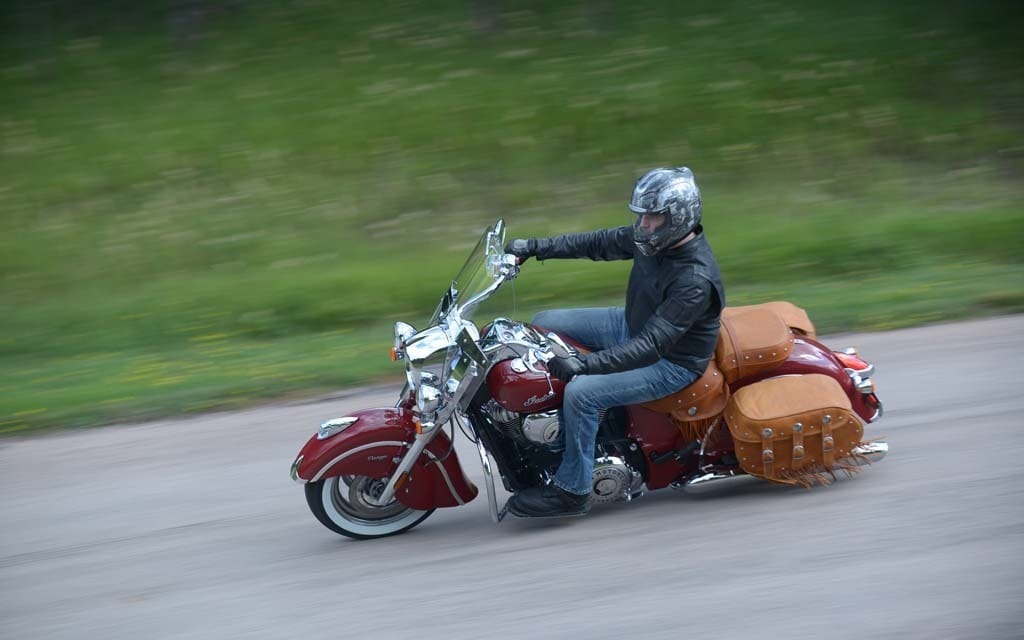 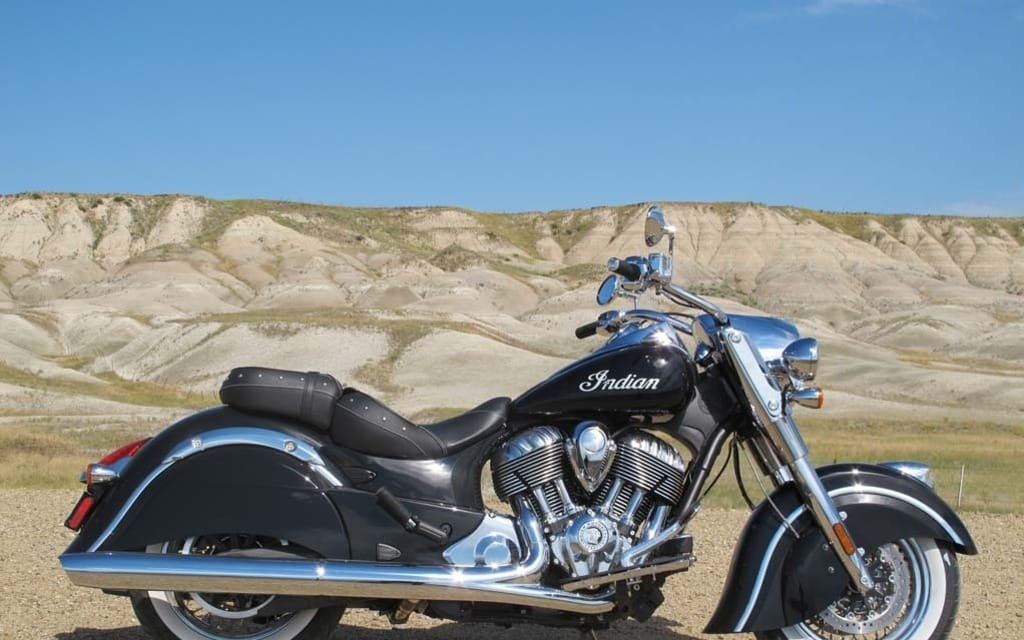 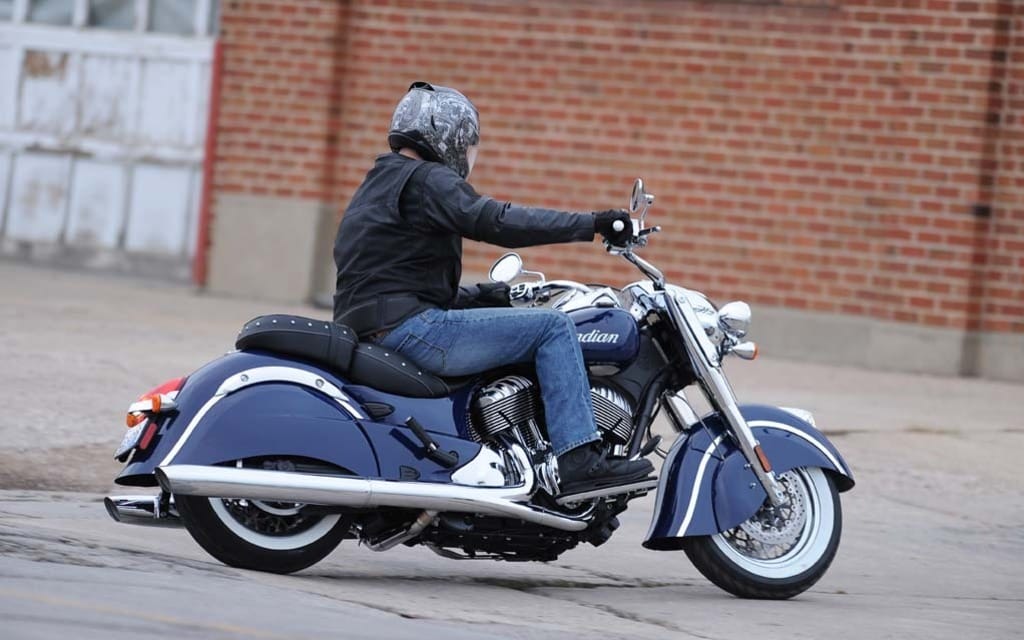 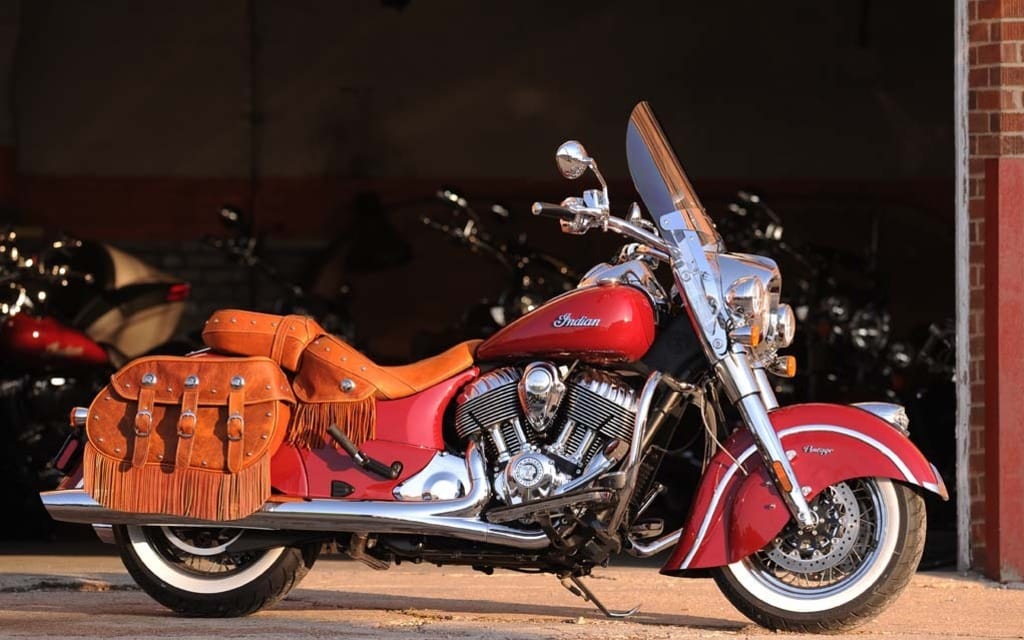 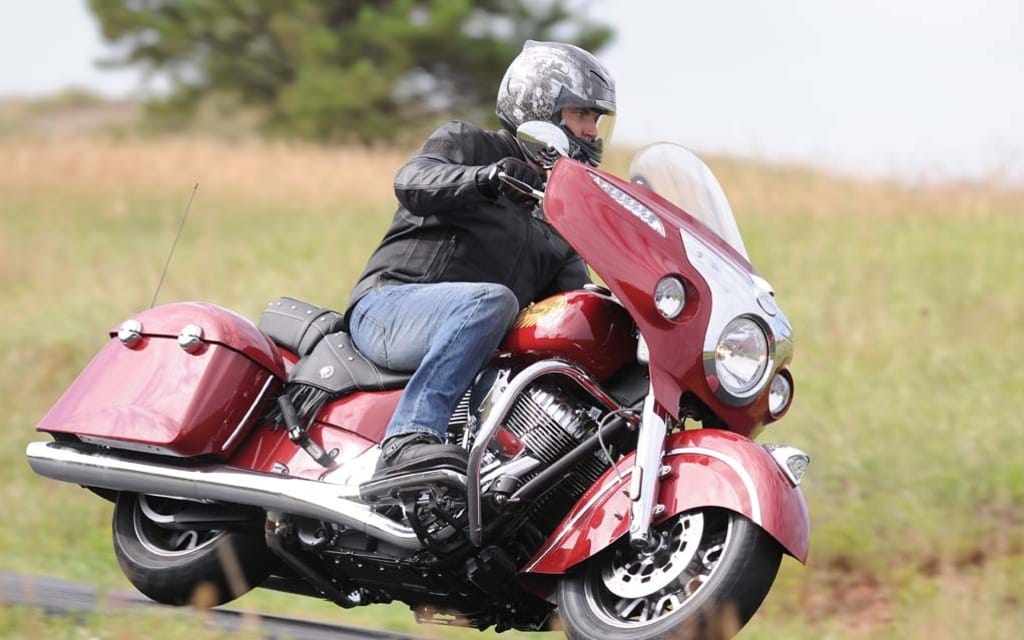 Revealing Rally in Sturgis:
More than just skin on display
By James Nixon
There was thunder rolling through the Black Hills near Sturgis, South Dakota – and I don’t just mean the ample thighs, bellies and bosoms of scantily clad rally-goers. Polaris-owned Indian Motorcycle previously unveiled the Thunder Stroke 111 engine at Daytona Bike Week 2013, but was then tight-lipped about exactly what that engine would be powering. A teaser ad campaign built anticipation leading up to the full reveal at this year’s Sturgis Motorcycle Rally. The wait is now over.
On Saturday, August 3rd – after a trumpeted rendition of the Star-Spangled Banner that could crack crystal – the new line of Indian Motorcycles was revealed to the public and press at the (in)famous American motorcycle rally. What’s not surprising is that the first offerings from Indian are updated versions of the iconic Chief; what is surprising is that there are three of them.
All three models feature dual exhaust, genuine leather seating, internally wired handlebars, full chrome treatment and ABS as part of the standard package. With a price of $18,999 U.S., the Indian Chief Classic is the base model. Add soft leather saddlebags and a windshield and you’ve got the Indian Chief Vintage ($20,999 U.S.).
The Classic and Vintage remain most true to the Chiefs of the past, while the Indian Chieftain ($22,999 U.S.) demonstrates a distinct departure from tradition with its front fairing and hard saddlebags. “Indian’s never made a hard-bagger like this before. It’ll take people a little while to get used to it,” said Robert Pandya, External Relations Manager for Indian Motorcycle.
I felt privileged to be one of the first to ride the new Indians after the Sturgis unveiling, the results being impressive for a motorcycle that went from blank-sheet design to production-ready in just 27 months. The first thing that strikes you after pressing the starter is the resonant rumble of the Thunder Stroke 111. You can’t help but rev it up, and the result on the road is a smooth and impressive surge of power – be prepared to hang on. Handling for the Classic and Vintage is essentially identical; both models turn in and hold lines through corners gracefully and are surprisingly agile. The Chieftain has even better handling due to slightly different front-end geometry, providing more responsive, snappier steering than its smaller siblings.
After the Sturgis launch the anticipation is over, but now is when things get interesting. Positioned to compete head-to-head with Harley-Davidson, Indian ads promised that choice was coming to American motorcycles – now stating choice is here. A curious ad campaign, since choice already existed in the form of Polaris-owned Victory. Polaris hopes consumers will choose Indian instead of Harley, but what if they choose Indian instead of Victory? In the upcoming battle between Indian and Harley, Victory may be a victim of friendly fire.