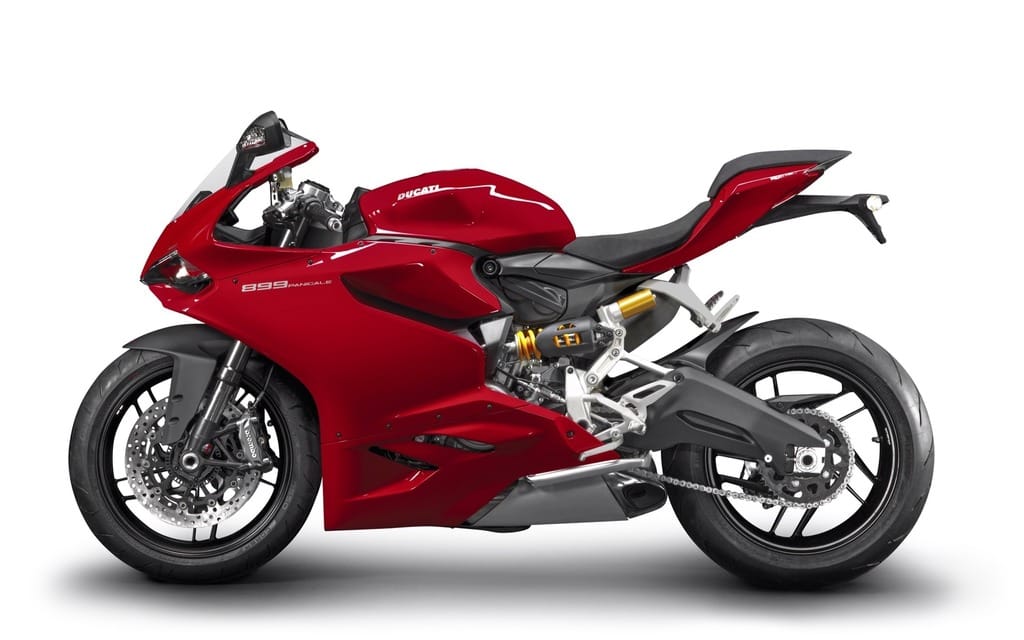 Ducati CEO Claudio Domenicali has told Bloomberg Businessweek that the Italian manufacturer plans to roll out four new models in the next year. Ducati will, look to attract high-end buyers by introducing premium models; “We’re not looking for low cost and low capacity motorcycles,” said Domenicali.

The new 899 Panegale, unveiled in Frankfurt this week is the first of the new models, with two additional new models set to break cover in Milan, Italy this November. The new models seem set to be sport-focussed and it is fair to remember that Ducati recently trademarked the “Scrambler” name.

Ducati was purchased by Volkswagen last year. As part of the large automotive group, Ducati is set to expand into markets into Argentina and India as well as increasing their share of the market in China.

Sales for 2013 thus far have kept pace with the same period last year and sales of motorcycles rose as much as 50 percent in Brazil and Thailand.