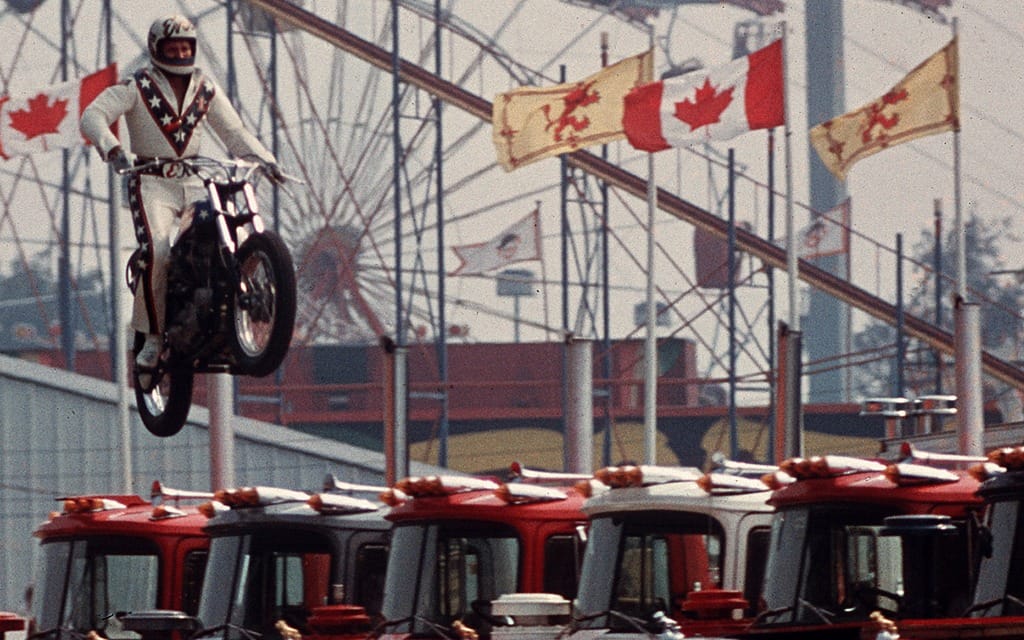 Evel Knievel has inspired many things: a generation of extreme sports, a generation of orthopaedic surgeons, dental hygiene and a Kanye West video. But now, Knievel has inspired a collection of comic books graphic novels. Bluewater Productions of Vancouver, WA President Darren G. Davis says “our aim is to keep the legacy of Evel Knievel alive, presenting an homage to this amazing man…”

The comic book starts with Knievel’s ill-fated attempt to jump the Snake River Canyon in a his steam-powered Sky-Cycle X-2 then follows the daredevil and his two teenage sidekicks battle a monster snake and the evil Snake band of terrorists.

The comics will be written by Darren Davis and Michael Dorman, who will also contribute artwork and cover designs. Launch is set for later this year and editions are available from BluewaterProd.com.

Knievel, who died at 69 in 2007, jumped cars, buses, trucks and fountains on improbably heavy motorcycles from 1966 through to his retirement in 1981. Famous for epic, bone-crushing crashes and a wild lifestyle, Knievel remains one of the most recognizable figures in motorcycling.