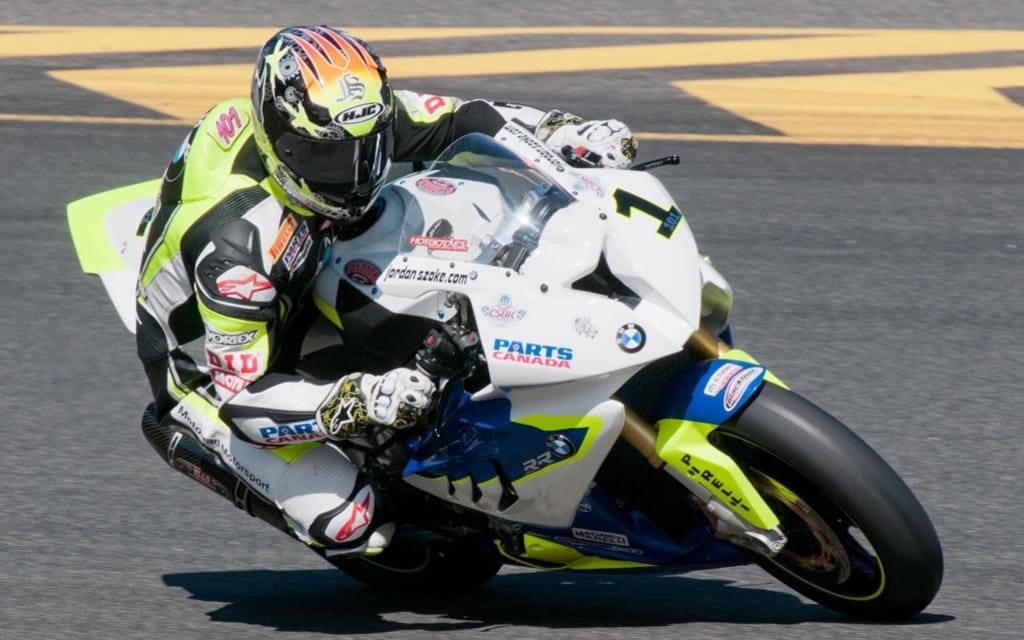 Jordan Szoke clinched the 2013 Canadian Superbike Championship Sunday with a win at Circuit Mont-Tremblant to close out the season. Szoke took the lead on the opening lap and never relented, to finish more than six seconds ahead of Alex Welsh. Jodi Christie finished third to end the season on the podium, surviving a late challenge from Frank Trombino

Szoke’s win completed his ninth time with the number one plate in Canadian Superbike and second title in a row.

Welsh’s second place completes his season with a podium finish in every event.

Christie’s third place capped another stellar weekend, as he took first place in all six races of the Pro Sport Bike series.

Video coverage and highlights of the weekend’s racing will be available on csbk.ca