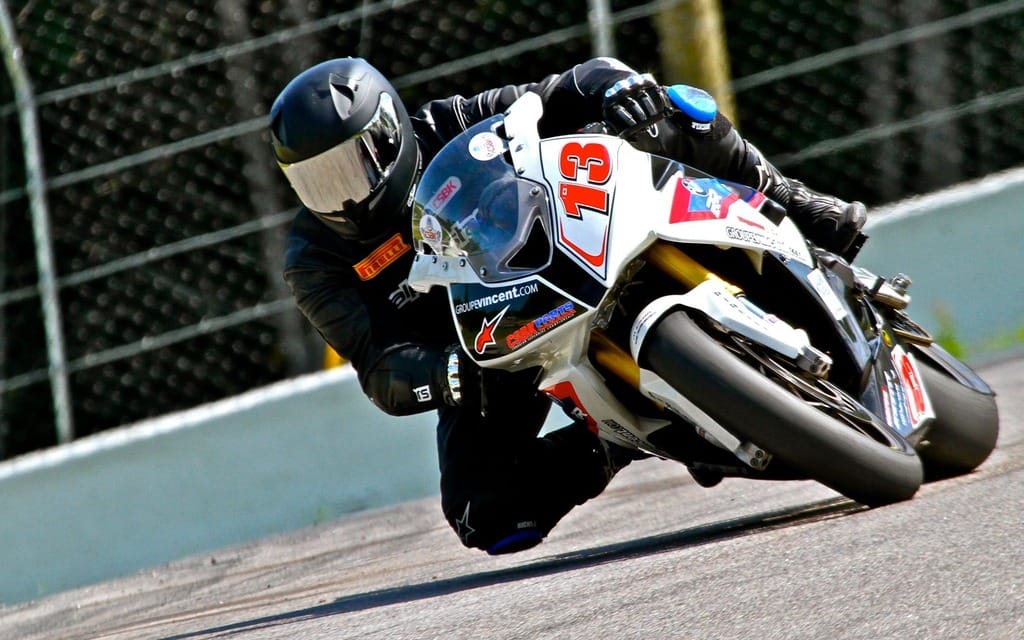 It is with sadness that we report the death of Canadian racer Christian Auger has died as a result of injuries he sustained in a racing accident. He crashed in turn eight at Canadian Tire Motorsports Park on August 11th.

Auger, 34, was from Quebec and was competing in the Amateur Superbike class. The single-bike accident occurred on the opening lap and the race was eventually called off. Auger rode on the number 13 plate and was fifth in the standings.

Our thoughts are with his family at this time. His funeral is planned for Shawinigan, Quebec and a Facebook page has been set up here.