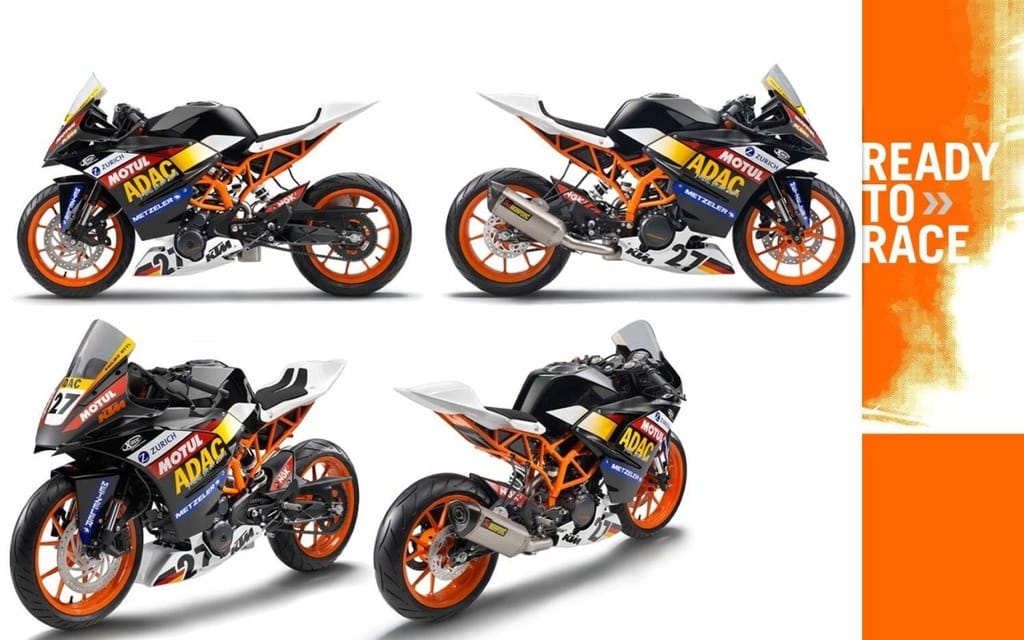 Austrian manufacturer KTM, leveraging on recent success in Moto3, announces the entry-level RC390 Junior Cup racer. The Cup racer will be the basis for the ADAC Junior Cup spec-series in Europe.  “The new KTM RC 390, which will be available for sale in 2014, will meet a big demand for affordable, quality sport bikes for the lower displacement class,” says KTM CEO Stefan Pierer.

Boasting a liquid-cooled, four-valve, fuel-injected 375cc single, is the fully-faired offspring of the 390 Duke. It will share chassis and WP suspension with the Duke, but add a fairing that bears a striking resemblance to the RC8.

At a claimed wet weight of just 139kg and delivering 38 hp, according to KTM, the little racer should deliver performance reminiscent of quarter-litre two-strokes of old.

A street-going machine will follow with lighting and an additional five horsepower. There is no word as yet on Canadian availability or prices, but some reports indicate a price point around £5,000 in the UK.