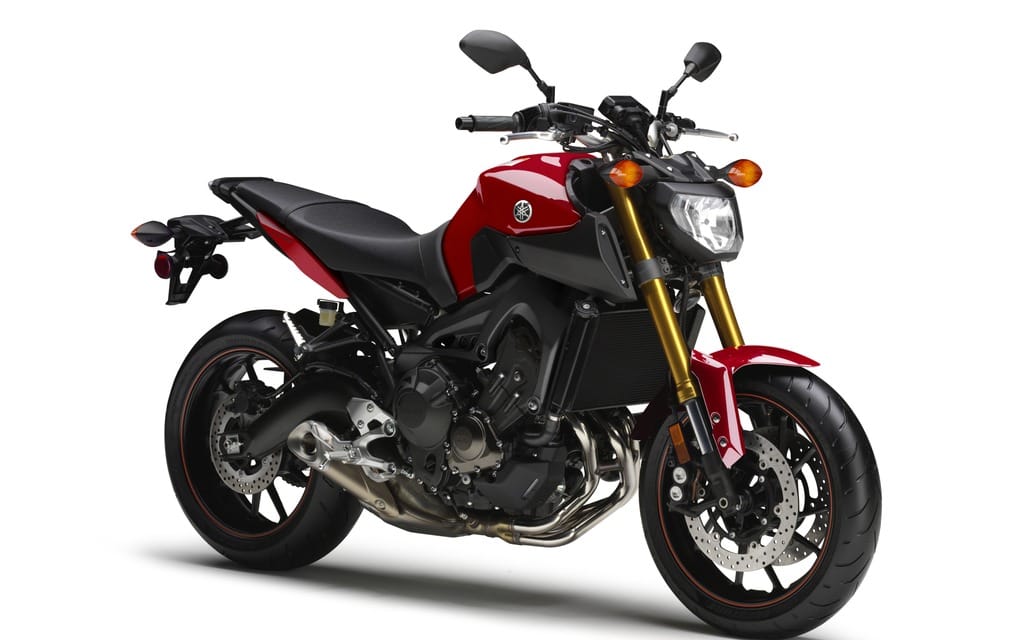 At last year’s Cologne motorcycle show, Yamaha teased out a disembodied three-cylinder engine. Called the P3 concept, it was shown as a sculpture surrounded with the suggestion of a motorcycle executed in wire. Now, Yamaha has introduced the MT-09 for the European market (it will be called the FZ-09 in North America) to make good on their promise of the Cologne show.

The 847cc triple, Yamaha’s first rendition of a three-cylinder machine since the XS850, will have a claimed 115 hp at 10,000 rpm and 64 ft-lb of torque at 8,500. The oversquare mill will have 4 valves per cylinder and Yamaha’s electronic throttle control fuel injection with rider switchable engine maps.

The “banana” swingarm is supported by a frame constructed of two cast sections bolted together. The rear suspension is a nearly horizontal shock and 41mm USD forks. Suspension adjusts for preload and rebound both front and rear.

Yamaha claims a wet weight of 188 kg and reports on their website an MSRP of $8999 in Canada. Yamaha has released a promotional video that is part motorcycle showcase and part nightmare fuel.  Colours for the FZ-09 are either black or red