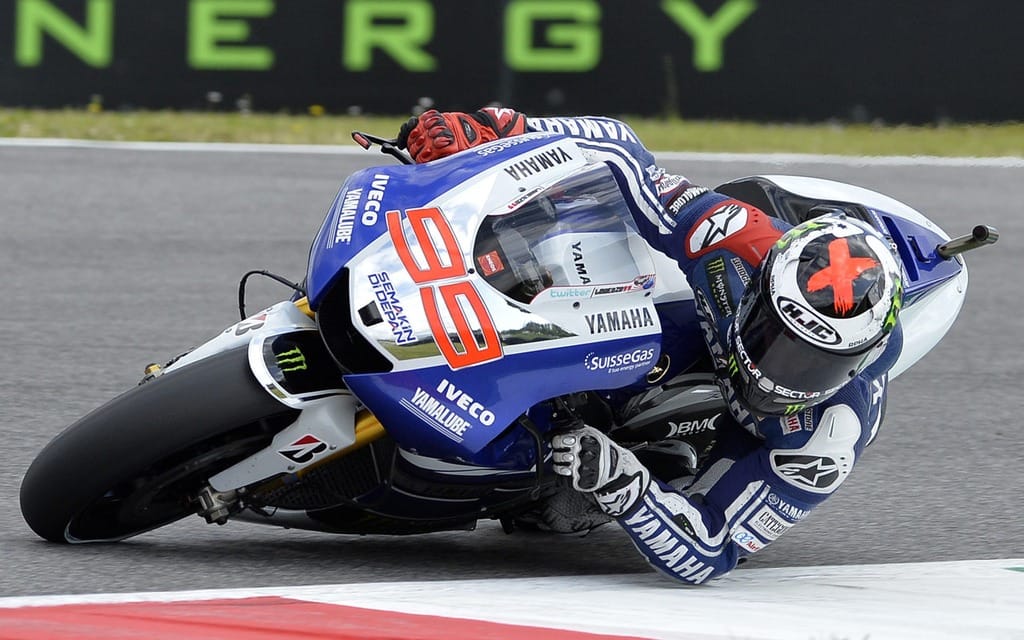 Jorge Lorenzo broke out to an early lead at Sunday’s MotoGP race in Mugello, Italy and did a series of fast laps to his rivals at bay. His tactic worked and Lorenzo won the day, vital in his chase of frist place in the standings.

Honda’s Dani Pedrosa finished second, ahead of Cal Crutchlow on the Tech3 Yamaha. The third place finish marked the second podium in a row for Crutchlow,

Marc Marquez must be more than a bit bruised up after this weekend.  The MotoGP rookie crashed three times in practice and qualifying. Running in second place after passing Pedrosa, Marquez looked to have second place in hand when he suffered his fourth crash of the weekend, resulting in a DNF.

Rossi crashed out on the fourth corner when Alvaro Bautista ran wide and put them both in the gravel trap. Rossi’s crash came after a start from seventh place on the grid.

For Ducati, the race was arguably a disaster. Racing in front of their home crowd, the red team was a third of a minute adrift of first place.

Marquez retains third place in the overall standings with 77 points. Second place Lorenzo, with 91, is working to keep points leader Pedrosa, who sits on 103, in sight.