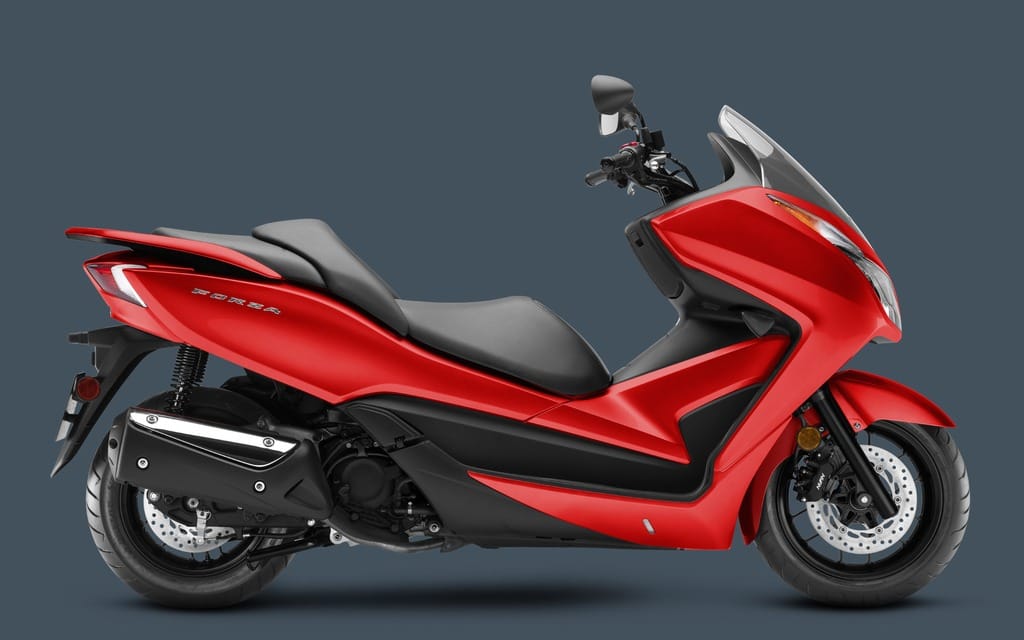 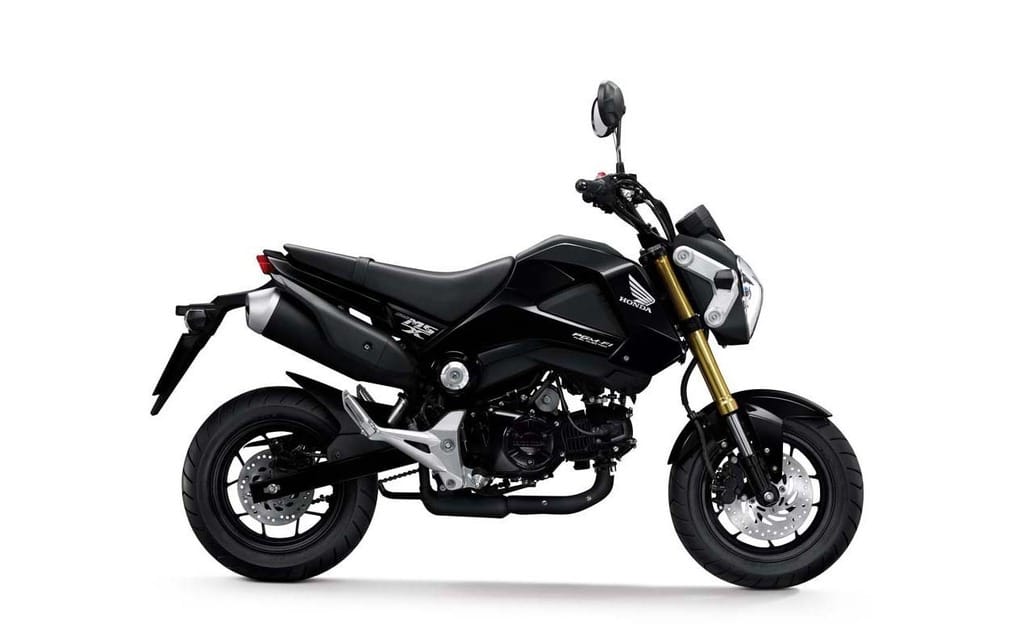 Forza and Grom Could Be Your New Friends

Forza and Grom! Could we be forgiven for thinking they are cartoon characters? Honda announces the pair of new machines that are aimed at very different segments of the motorcycle markets.

The Forza is a maxi-scooter, powered by a 279cc liquid-cooled, fuel-injected single and weighing in at a claimed 192kg. Wheels are 14 inch up front, 13 in the rear and ABS is an available option on the linked braking system.  Honda claims fuel economy of 3.4 l/100km for the new scoot. MSRP is reported as US$5,599 (US$6099 for the ABS model) and should arrive in July. Canadian details are to follow.

The Grom is the North American moniker for the bike introduced in Thailand earlier this year as the MSX125. The 125cc mill blasts a claimed 10 hp through a manual clutch and four-speed gearbox to the asphalt through a 12 inch wheel. MSRP has been reported as US$2,999 and will be in dealers in August. Canadian details are to follow.