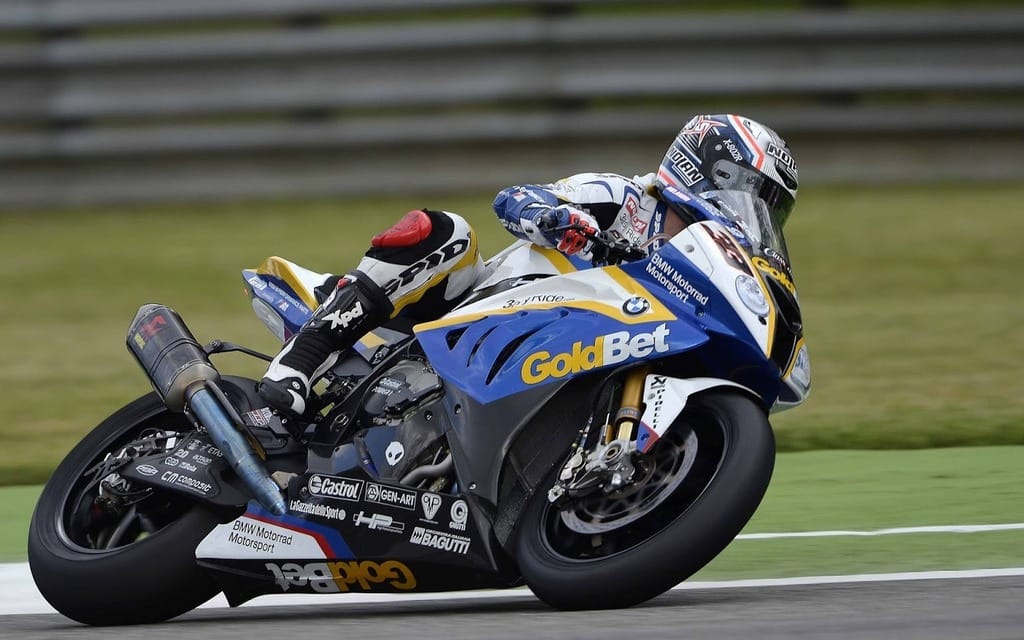 Marco Melandri put his BMW at the top of the podium in Race One at Monza yesterday. He was followed home by Tom Sykes on the Kawasaki and Eugene Laverty.

Melandri’s good day continued as he finished second in Race Two, behind Eugene Laverty on the factory Aprilia.

Race two saw drama late in the race as Tom Sykes, running third, ran off the track and back on. He contends that he re-entered according to the rules, but Sylvain Guintoli begs to differ. He claims that Sykes’ re-entry was illegal. Both men put their bikes in victory lane and refused to leave. After flipping back and forth on the issue, the FIM declared Sykes to be in third place.

The future may not bring reports of race results from the Monza track. The existing agreement with the promoter does not extend past 2014. Monza is located inside the city limits. Noise complaints, a slippery new surface and a design that barely meets current safety standards are all conspiring against the venue.  There may be no more racing at the storied track after next season.