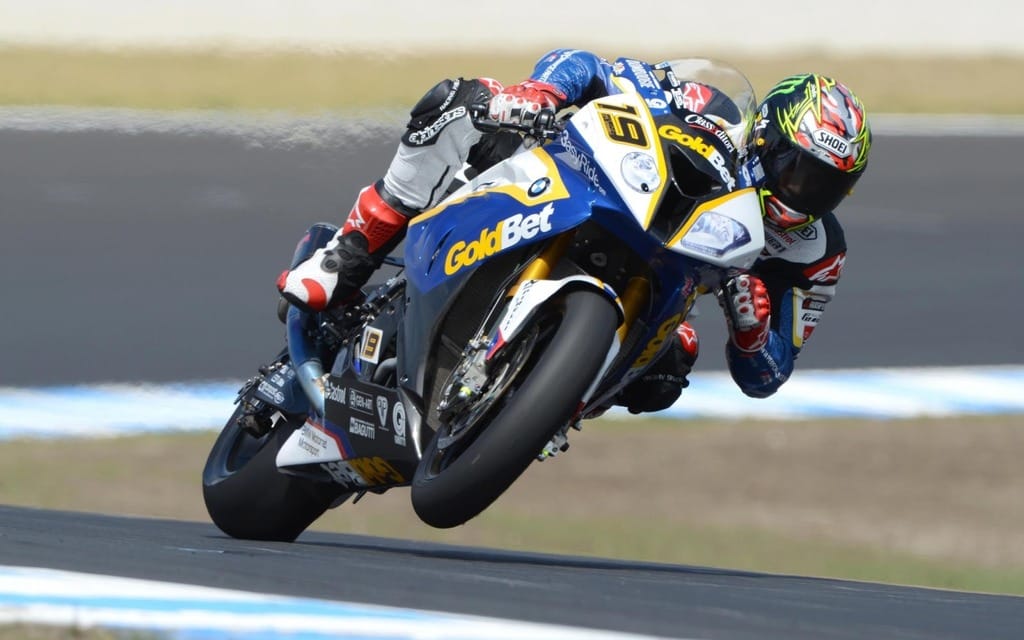 Chaz Davies had a great weekend in World Superbike winning both races at Aragon, Spain. BMW mounted Davies finished ahead of second place Sylvain Guintoli by 5.2 seconds in the race 1 and 5.03 seconds in race 2. The result sets Davies in second place overall.

“For me it is just an amazing day. I cannot explain how happy I am. My first victory with BMW and then the double win – this is something I was hoping to achieve this year but I did not expect it this early,” said Davies after the race 2.

Guintoli’s brace of second place finishes put him on top of the standings, 22 points ahead of Davies. Guintoli had a win and a second place at Phillip Island.

Tom Sykes took the Superpole, but did not finish the race 1 due to mechanical failure. Sykes finished  third in race 2, 7.6 seconds behind Davies. Former MotoGP racer and Davies’ team-mate at BMW, Marco Melandri, came third in race 1 and fifth in race 2.

The WSBK series moves to Assen in The Netherlands on April 28th.