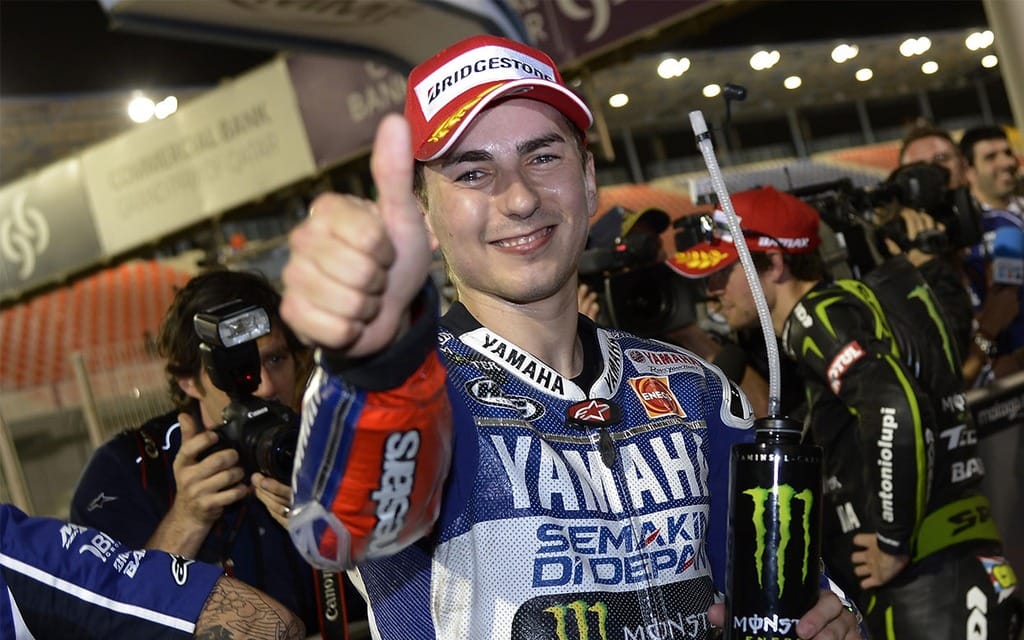 World champion Jorge Lorenzo Captured the holeshot as the lights went red and never relinquished the lead, winning the first MotoGP race of the 2013 season. Lorenzo was the man to beat at the Losail circuit in Qatar, finishing nearly six seconds clear of second place.

Second place was captured by Valentino Rossi in his first race back on a Yamaha. Rossi was as far back as sixth place after running wide on the second lap. He eventually passed Cal Crutchlow,  Dani Pedrosa and Marc Marquez, but by then Lorenzo was nowhere in sight. Rossi’s podium put the factory Yamahas one-two.

MotoGP rookie Marc Marquez came third on his factory Honda after running in second. Pedrosa brought the other factory Honda machine home in fourth place after falling victim to passes by Marquez and Rossi.

Cal Crutchlow on the Tech 3 Yamaha hung with the factory bikes for most of the first half of the race, a heroic effort to be sure, but settled for fifth in the end.

The factory Ducati’s of Andrea Dovisioso and Nicky Hayden finished seventh and eighth respectively and Alvaro Bautista was sixth on the Gresini Honda.

The next race is April 21st at the Circuit of the Americas in Texas.