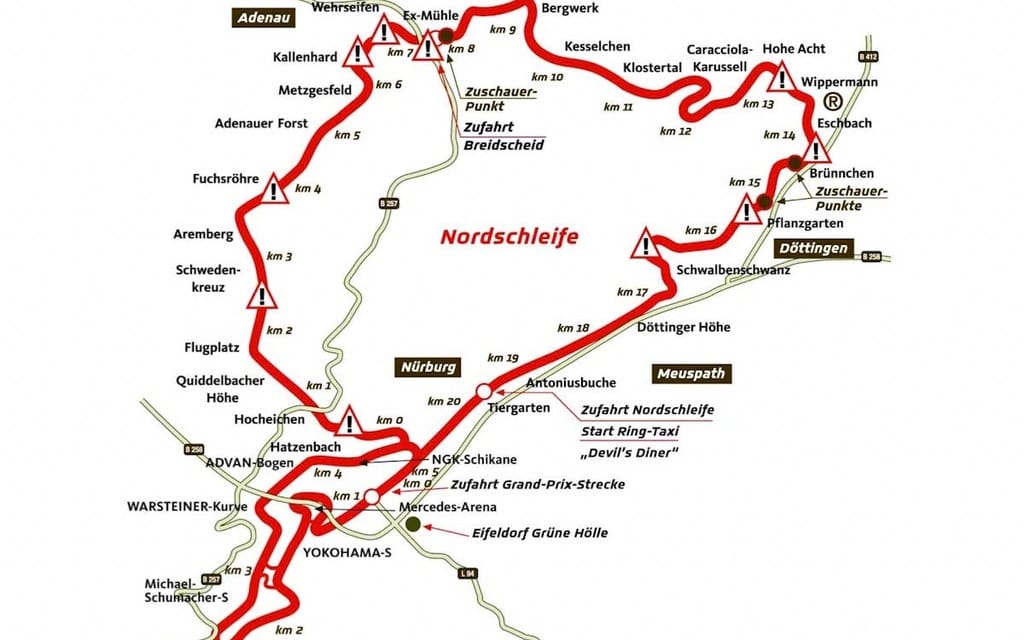 Own a Piece of Racing History

If you still have any of the Christmas money your mum sent you, then consider spending it on this: the Nürburgring in Germany is for sale. Reports list the asking price at between €1.25 million and €1.28 million.

The famed race course is currently owned by the German government and has swallowed up €350 million in public funds. Given the current economic climate in Germany and the EU, pressure is mounting to put the Nürburgring in private hands.

You, as the new owner, would be buying the entire facility which includes the 21 km Nordschleife (North Loop) as well as the newer 5.2 km GP Strecke circuit. You will also take possession of the museum, hotel and the unlikely roller-coaster.

Major car manufacturers, tire companies as well as suspension suppliers have facilities nearby and often use the track for testing. The public also has access to the track on a regular basis and can pay per lap. The Nordschleife is considered a public toll road during pay-to-lap periods and European traffic laws apply, so it’s less likely to be a gong show during open days.

While there have been offers, there are only a handful are currently on the table and the liquidator appointed by the government claims there are no oil barons or Saudi princes in the running. Get in now before Jay Leno snaps it up.

To see a lap of your new track, turn the volume down and check out the video below.