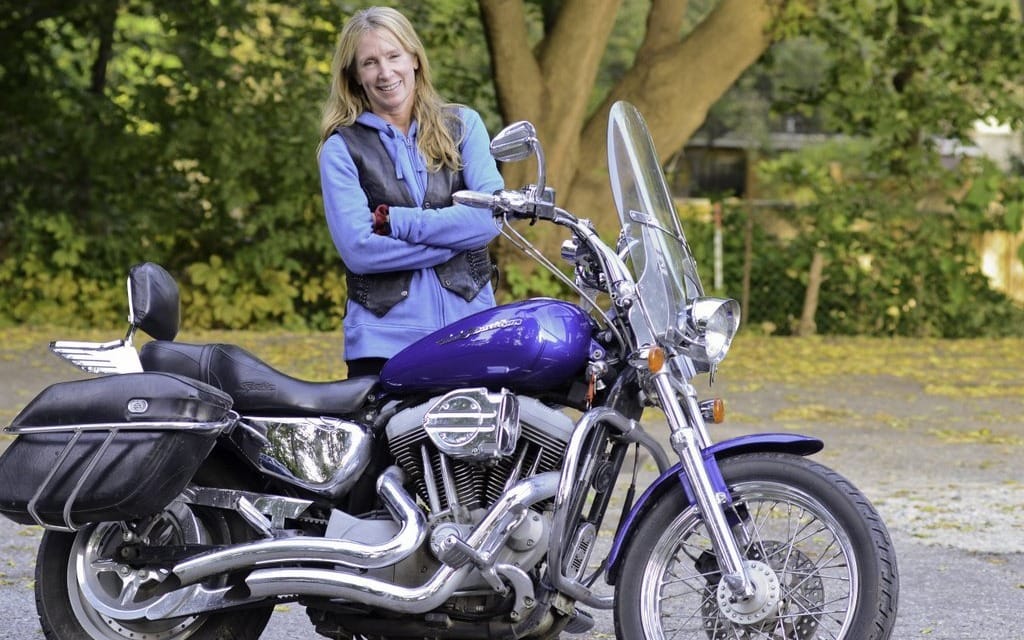 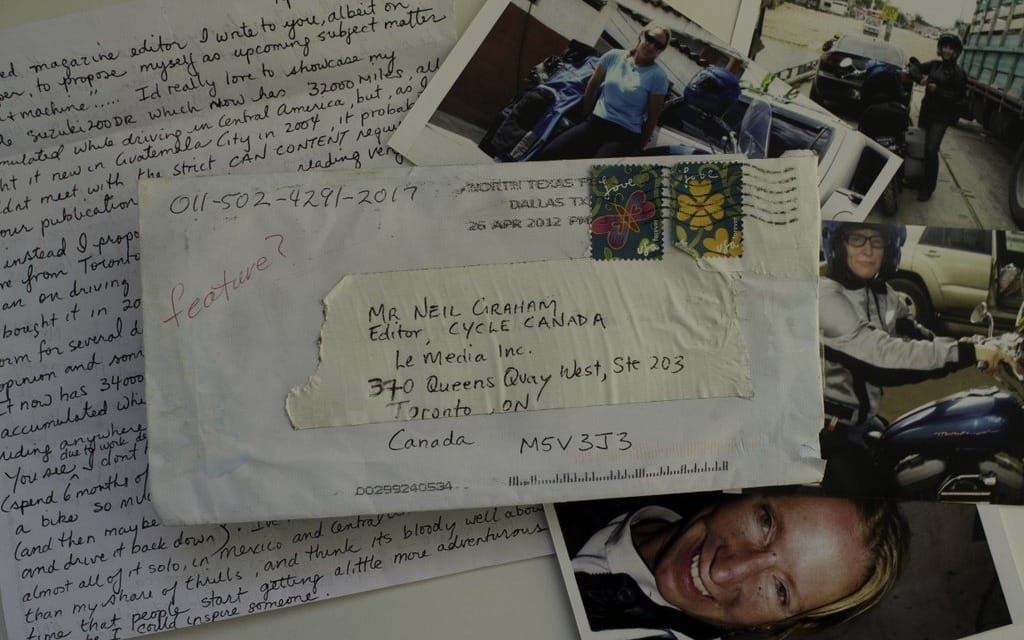 Girl on a Motorcycle

The letter from Christine Waddington showed up last spring, with an address to Mr. Neil Graham neatly printed on white duct tape. “Dear exalted magazine editor,” it began. We were skeptical, but we read on. She wanted to be in our Man + Machine column.

“I’d really love to showcase my humble Suzuki 200DR which now has 32,000 miles, all accumulated while driving in Central America.” Not a bad beginning, but she bought the Suzuki in Guatemala City, and maybe it would break our Canadian content rule (she was wrong about that). “Instead I propose my 2004 XL Roadster Custom, which I drove from Toronto to Guatemala in Sept of 2008.” With that, she had our attention.

She had ridden, she wrote, “about 75,000 miles, almost all of it solo, in Mexico and Central America.” She’d had more than her share of thrills, “and I think it’s bloody well about time that people start getting a little more adventurous.” Maybe she could inspire someone.

We thought she might be right, and so we invited her to drop in, tell us a little more about herself, maybe inspire someone, starting right here.
She showed up on her Sportster, out of breath, an hour late, and clutching a bag of cookies. She was hungry. Never mind the cookies, we said. Why are you riding a motorcycle to Guatemala?

It turns out that she doesn’t ride to Guatemala and much as she rides in Guatemala. Her affection for that Central American country developed 20 years ago, when she travelled there on a whim, stayed for six months, and figured out that there were better ways to live than by working in market research in Toronto. She bought some hand-woven waistcoats, took them to San Francisco, and sold them illegally at Fisherman’s Wharf. Within a couple of days she was hooked, pardon the expression; laying out a few Mayan Indian bits of clothing and filling her pockets with $40, $50, even $60 — that was a rush. Later, she returned to Toronto and became a downtown street vendor for a while. Those experiences evolved into her present occupation, which consists of spending much of the year in Guatemala, buying locally made goods, and then selling them at festivals in Canada during the summers here.

And then there’s motorcycling.

“Since I was young I wanted a motorcycle. I just never had the means or the drive to pull that together.” When she was 16, she dreamed of riding a bike. It wasn’t until she turned 35 that she acquired a motorcycle, though. “I went and got a licence, even though I didn’t have a motorcycle, and then I moved out to a farm with a friend, and in his spare room he had a ’67 Bonneville with a sidecar. I saw that, oh my god, and he was a little hot for me, so suddenly he put insurance on the bike. And then knowing that I wanted a bike, he went to Niagara Falls and bought a ’78 CB400. That was my first bike. I drove that for six months and I’m like, I’m into this, I’ve got to get another bike. And then just up the road, his friend had another bike for sale. And so we drove up there, and it was a ’96 Sportster. It looked cute, and I was just on my way to Guatemala, but I said, if he comes down to 6,000 bucks, buy it for me while I’m gone. I left the money with him and when I came back, it was waiting for me in my living room. That was about 1999 or 2000.”

For a couple of years, she kept the Sportster in Canada, and in 2004 she bought the Suzuki, in Guatemala City. “Then when I felt like I was ready for the next step, I brought the Sportster down to Guatemala.” But it was not the right bike for that country, where a 200 cc motorcycle is considered large and the roads are a challenge for even skilled riders on small bikes.

“I’m not a Harley girl,” she claims, but one day, back in Canada, she was jogging, and saw the XL Roadster that she owns now. She had already decided to sell the other Harley, wasn’t comfortable on it, and this one was going for about $8,000. She had the cash stuffed into a sock at home, so she went back and bought it. That was a few years ago. In the meantime, she sold the earlier Sportster, took the new bike down to Guatemala, returned with it last spring, and when we talked, was thinking about BMW’s F650GS, which we encouraged her to investigate.

Waddington is down there now, and we spoke recently by telephone. She had news: she’d bought that BMW. Found one down there. We can only try to imagine where she’ll go with it, but we wouldn’t bet against her getting there.