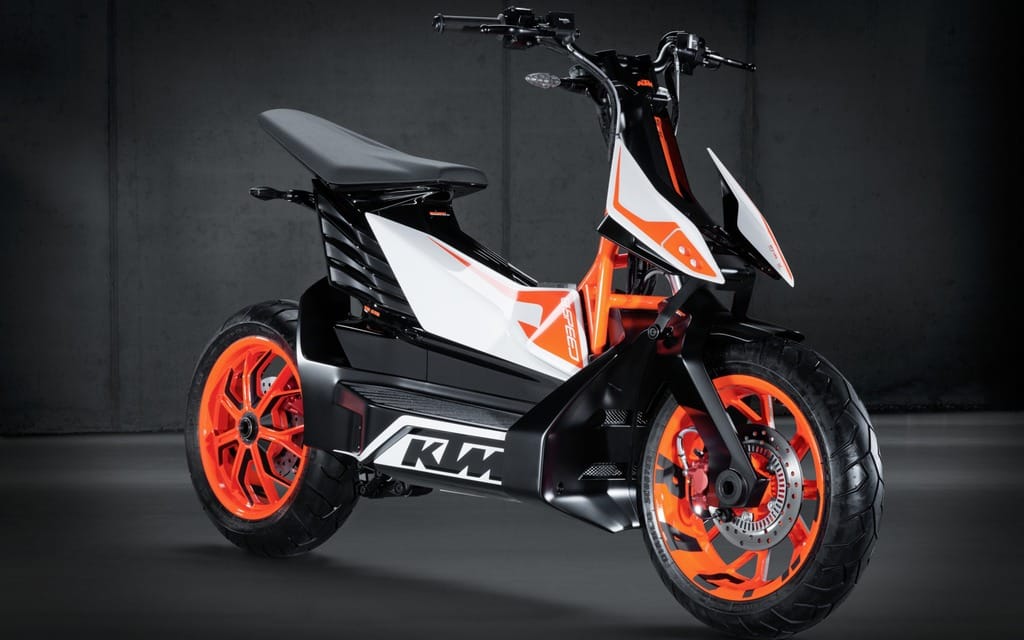 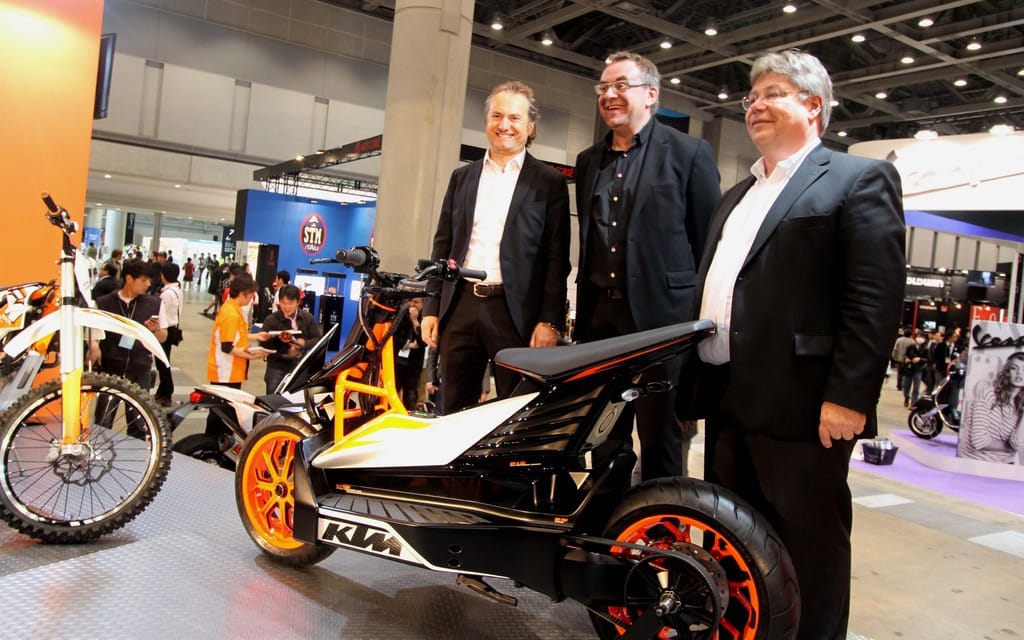 KTM unveiled the E-Speed concept scooter at the Tokyo Auto Show this week. The electric step-through has a claimed top speed of 80 km/h and would be aimed at the urban market.

The liquid-cooled electric motor is said to generate 26 ft-lb of torque and is powered by a lithium-ion battery pack. A trellis frame in KTM’s signature orange has WP suspension units. Proper electric features regenerative braking along with ABS and discs on both ends raise the E-Speed above the average electric scooter. KTM claims a curb weight of 140 kg.

According to CEO Stefan Pierer “We at KTM are completely convinced of electric mobility as a perfect complement to conventional power-trains. In the long term, the electric drive will come out on top for short distances – particularly in areas which are highly sensitive from an environmental perspective, like open nature and densely populated metropolitan areas.”

There is no price or release date for the E-Speed and, as it has been promoted as a concept vehicle, it will likely never see the inside of a dealership showroom. But it indicates things KTM is thinking about and it may be the shape of things to come from the Austrian manufacturer.