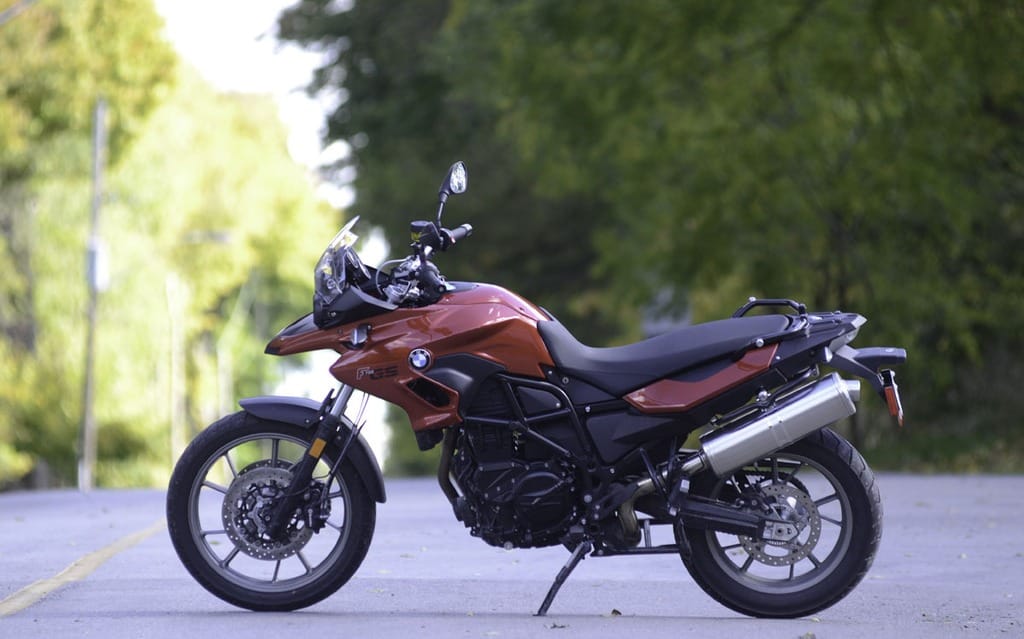 Over the next week-and-a-half, the full drama appears in four parts. This is the second of three sidebars and the series wraps up with the full article. So dim the lights, sit back and enjoy as we present: The 2012 Cycle Canada Fall Tour.

Now I get it

Paul Bremner finds another truth among the hordes

This was my second Fall Tour with Cycle Canada, and like the first, it led to an epiphany. In 2010, my slap-in-the-face moment came as I was chasing Neil Graham, Derreck Roemer and Steve Thornton down some bendy stretch of asphalt in Muskoka. To my embarrassment, I realized I was slow—painfully so—and needed to put some serious effort into developing my riding skills.

I can thank the tourist hordes for this year’s revelation: the bored-looking day trippers, absent-mindedly slurping ice cream cones in Niagara-on-the-Lake; and the senior citizens at the Fallsview Casino, staring glassily at blinking, bleeping slot machines as they drain their kids’ inheritance. Surrounded by them, I realized motorcycles are more than my hobby—they’re my escape from deadening and deadly boring mass-produced entertainment. You can keep your casinos and your chocolatiers—give me fresh air, open roads and a goddamn motorcycle any day of the week.

Especially a crisp, Autumn day in Niagara. While not exactly a sportbike paradise, the region offers plenty of entertaining roads that wind up and down the Escarpment (known as “the mountain” hereabouts) and wiggle and wriggle through the vineyards. This far south, northern evergreens give way to leafy Carolinian forest; black and sugar maples, ash and oak frame the roads, along with southern cousins like black walnut and bitternut hickory. At speed, the brilliant sunshine and falling leaves seemed to fuse together in a red-orange blur.

I spent most of my time riding the red-apple metallic BMW F700 GS, which was just fine with me. As a former owner of a BMW F650 GS Dakar, I felt that the F700 was a bit like meeting an old girlfriend who’d since become a fitness instructor—the same, only better. The twin-cylinder motor is a clear improvement over the 650 single, with a throaty growl, smooth fuelling and great punch off the line.  The transmission is much smoother, and the handling feels quicker and more stable, perhaps because of the street-oriented tires. I might not have sold my bike if it had performed like this one did.

My only real complaints about the BMW have to do with comfort. The seat is flat and hard, and will disappoint anyone expecting to ride this motorcycle on a long tour.  And the tiny windscreen seemed to redirect the flow of air right into the centre of my forehead. But all was forgiven the moment I plugged my heated jacket into the accessory jack, and turned the heated handgrips to “roast.” Of the three motorcycles we tested, only the BMW came so equipped.

I was prepared to like the Kawasaki and dislike the Honda, but the reverse turned out to be true. The Kawi looks darn sexy for a budget bike, with modern, aggressive lines and a face straight out of Transformers. But it’s small and cramped, and with its harsh suspension feels like a more basic machine than its travel-mates. The Honda, on the other hand, exudes quality in its fit and finish, and has suspension and steering geometry that give it a light, balanced feel. Because of its limited rev range, the Honda’s motor takes some getting used to. But it’s far from slow, and the relaxed thrum of its engine makes it a great choice for eating up miles. Even the looks, which I disliked in photos, started to grow on me. I could live with this bike.

Indeed, a relaxed attitude (and engine) is key to enjoying a motorcycle tour of Niagara. The roads here are thick with tourists and retirees who ride their brakes through the gentlest of curves, ever on the lookout for the next vineyard or antique store. And the Niagara Parkway, which Winston Churchill famously called “the prettiest Sunday afternoon drive in the world,” is signed 60 km/hr from Niagara-on-the-Lake all the way to Fort Erie.

Which is why, although I hold a great deal of affection for Messrs Thornton and Poupore, I can’t help but think that a tour in Niagara is better suited to couples than packs of two-wheeled hooligans. My advice: Go to Niagara with the one you love. Flip up your shield and breathe that cool Autumn air. Smell the wood smoke. Feel the mist on your face as you ride past the Falls. Marvel at the thundering Niagara River as you dawdle down the Parkway.

You can even stop for an ice cream if you like. As long as you get back on your motorcycle after your ice cream is done, and keep on riding.