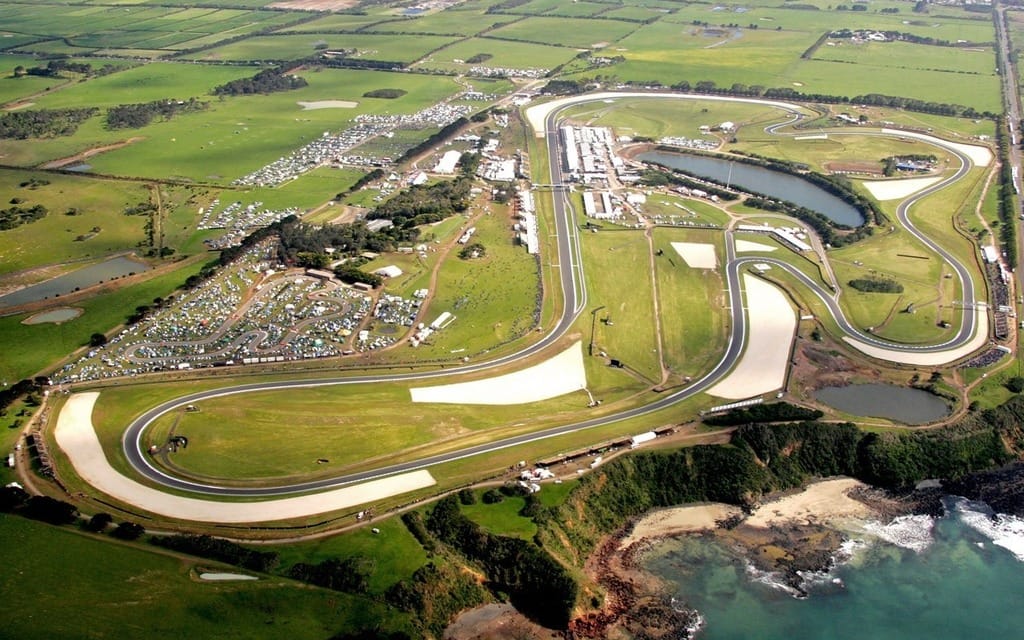 A New Coat for Phillip

The circuit that produces the fastest lap average lap speed in both MotoGP and World Superbike is set to get even faster. Australia’s Phillip Island race track is being resurfaced at a cost of $3-million. Thegoal is to make the 4.4 km track the smoothest and fastest in the world.

A special asphalt formula, developed specifically for this application, has been concocted to resist the 300 days use it sees every year. An advanced polymer binder is being used to get the strength, density and grip. Building an asphalt plant on site ensured that the new surface could be laid down at a controlled, high temperature.

Resurfacing started with 40 mm of the old surface ground off to make a level bed for the new surface. The surface is being applied by a pair of massive paving machines operating close together so as to avoid a seam in the centre. As many as 35 heavy machines and trucks are on site along with a crew of 70.

The design and engineering of the resurfacing took a year and a half.  Circuit managing director, Fergus Cameron and the contractors travelled to Italy to consult with the Mugello circuit in Italy, currently regarded the best racing surface in the world.

“The field is littered with examples of where racetracks have got it wrong in terms of the mix that they’ve put down, particularly with street circuits where they’ve unraveled. There’s been some exhaustive testing done in relation to different mixes and different designs and we’re pretty comfortable we’ve got it right,” said Cameron.

The resurfacing work is set to be complete by January, in time for the Island Classic for vintage motorcycles. February will see the first appearance of world class machines as the World Superbike final pre-season testing is completed on the island ahead of the 2013 opening round February 24th.