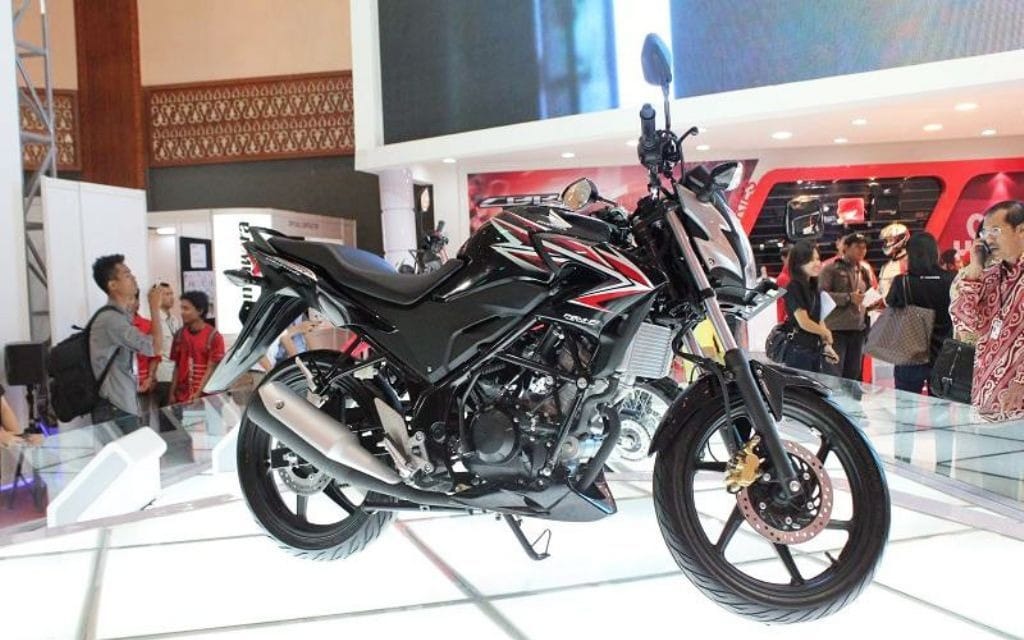 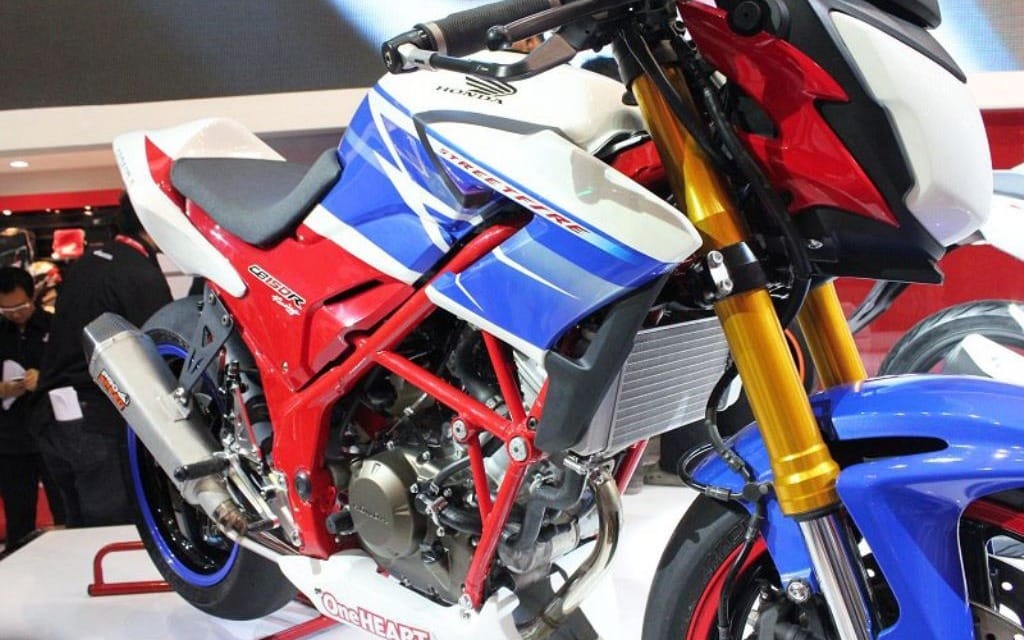 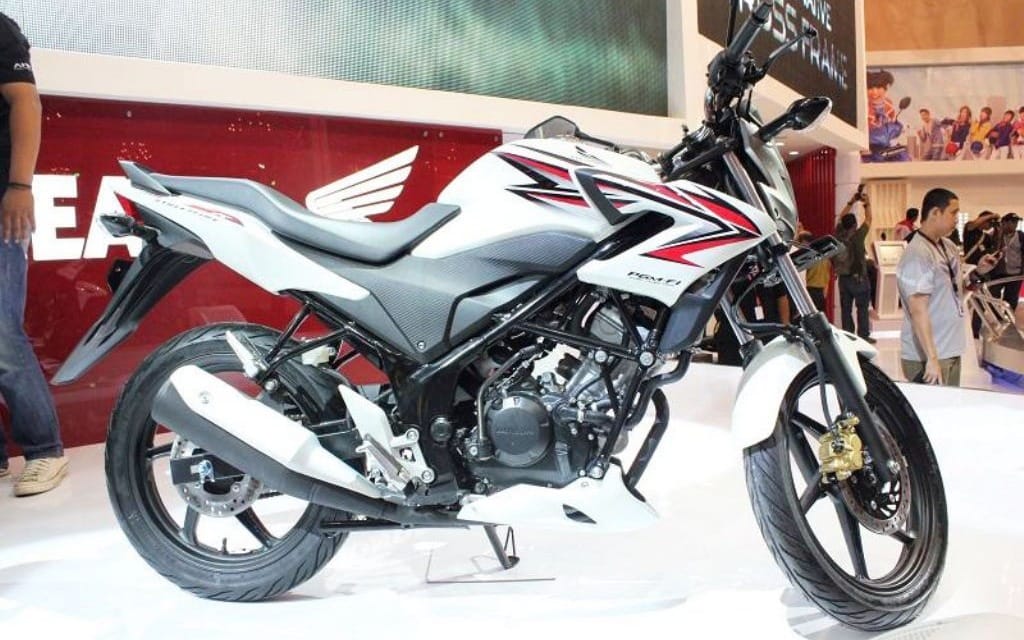 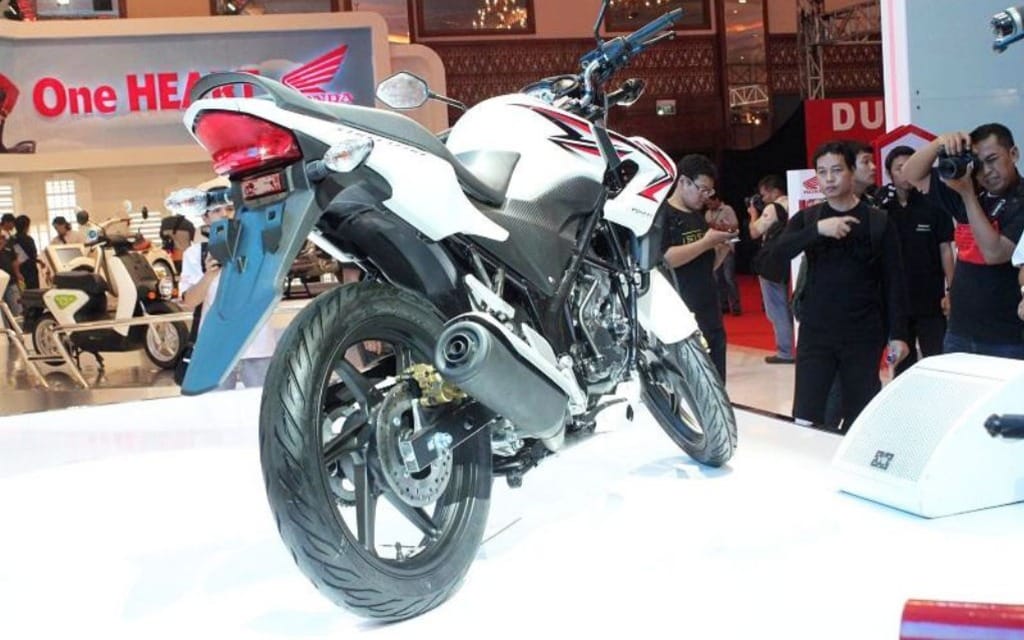 Honda has released the CB150 Streetfire at an introduction during the Jakarta Motorcycle Show. The single cylinder street bike is destined for the Indonesian market.

Honda claims 17.6 hp at 10,500 RPM from the liquid-cooled single, passed through a six-speed transmission.  The frame is tubular steel and wheels are cast units. The Streetfire will compete with bikes like the Bajaj Pulsar for space in the growing Asian marketplace.

More drool-inducing is the modified version shown alongside the standard street version. Wearing a classic red, white and blue Honda paint scheme, the special boasts USD forks, radially mounted calipers and a single-sided swingarm. There are rumours that this special hints at the next version of the CB250R.

There is no likelihood we will see this bike in Canada, which, judging by the promotional video, is a shame.