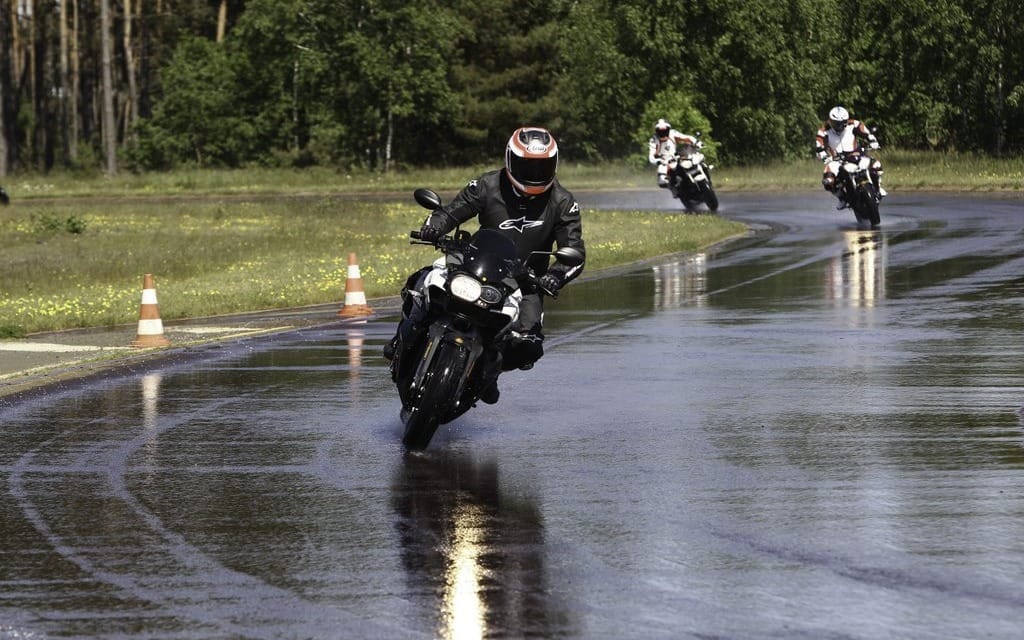 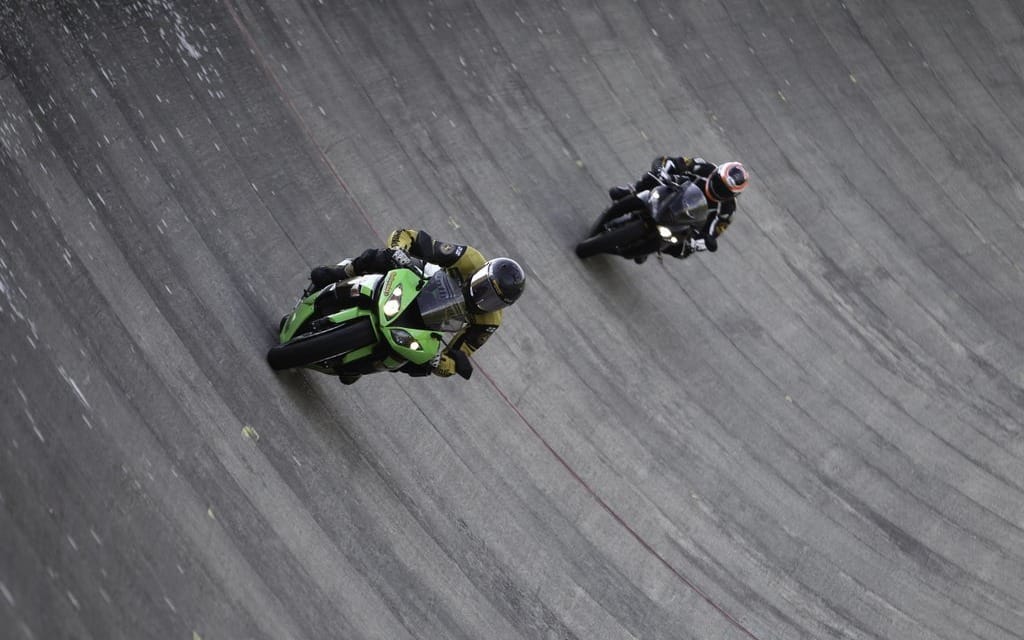 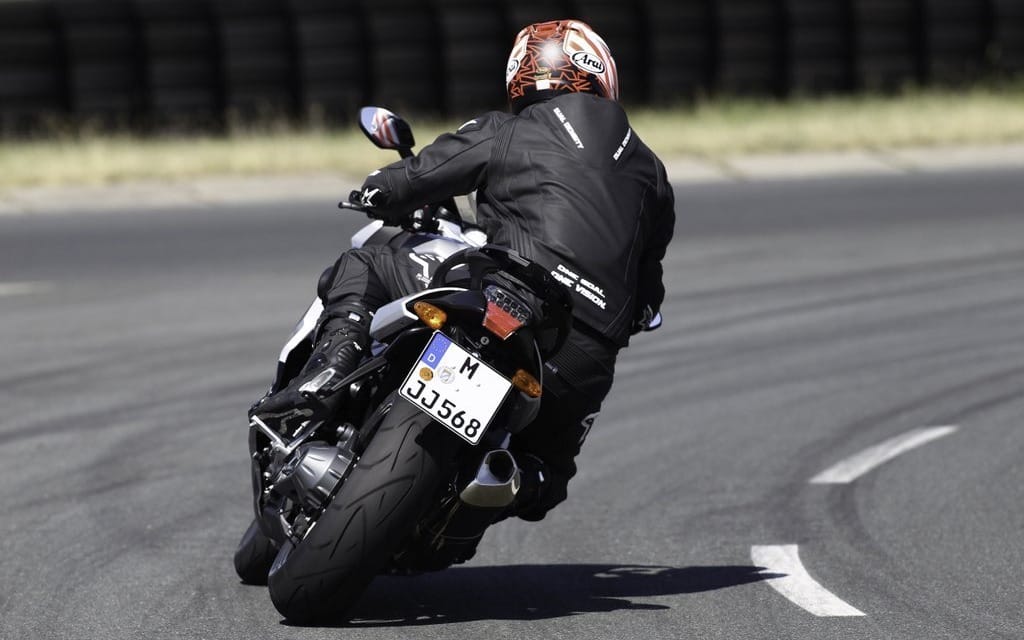 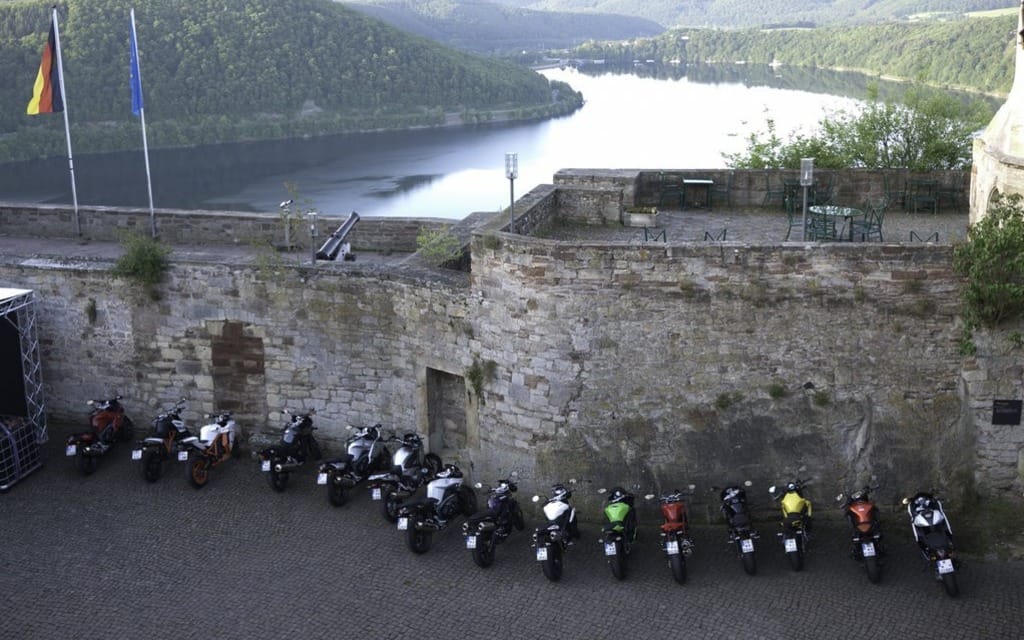 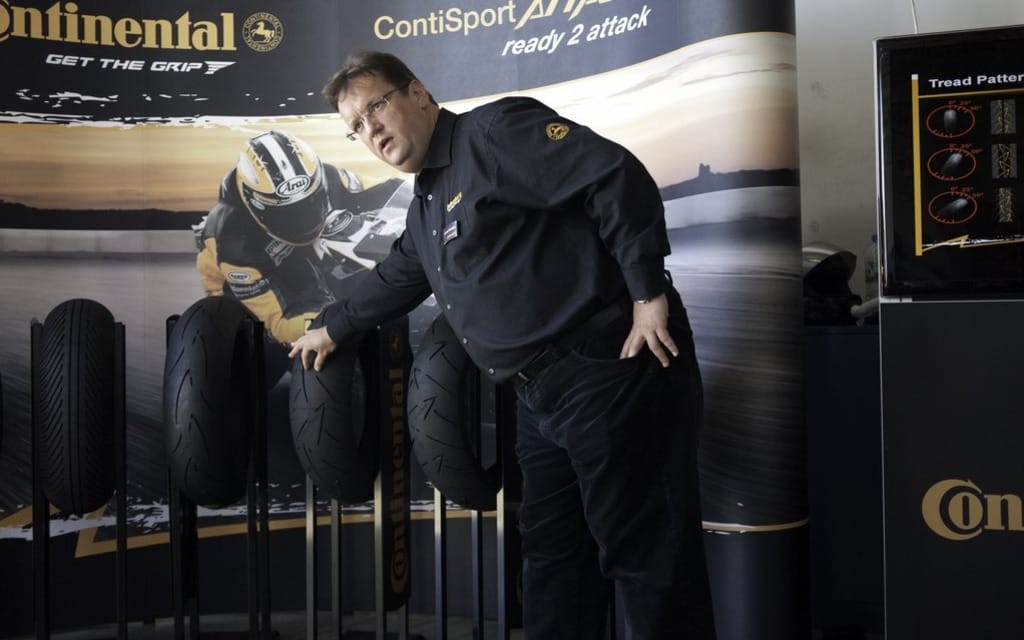 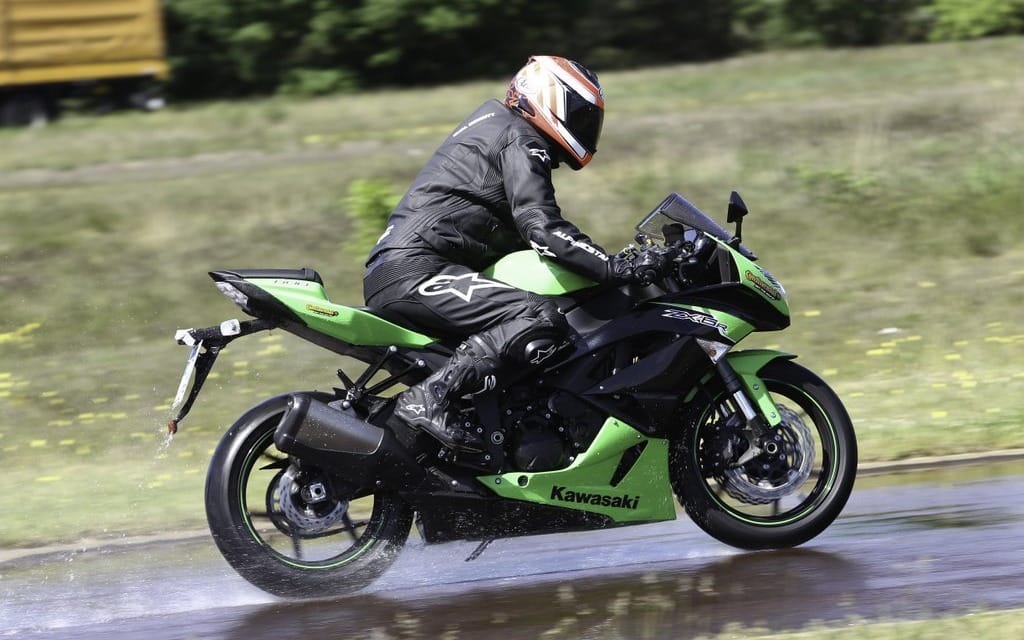 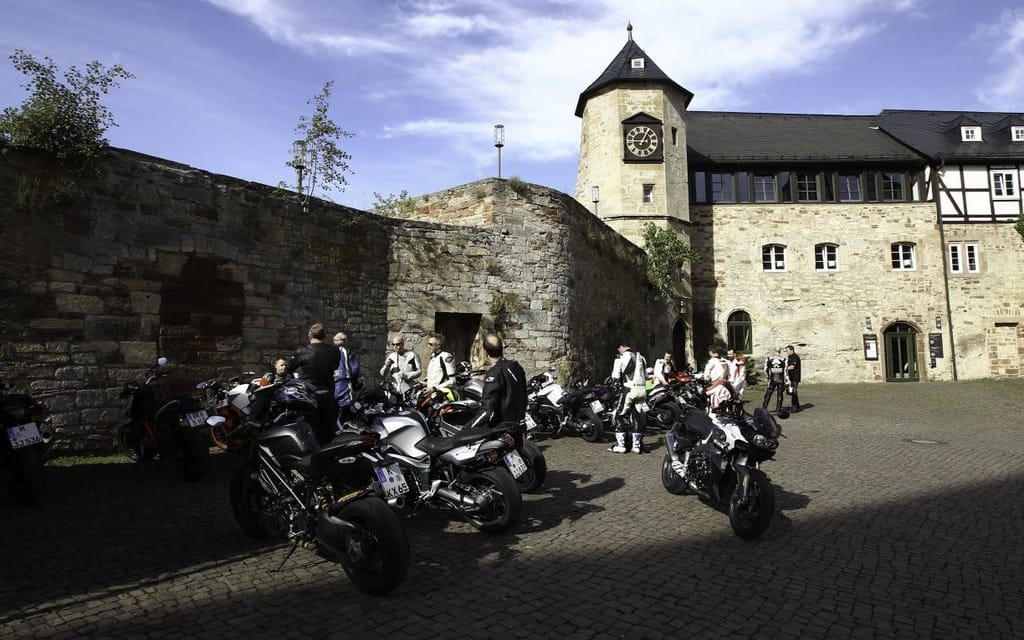 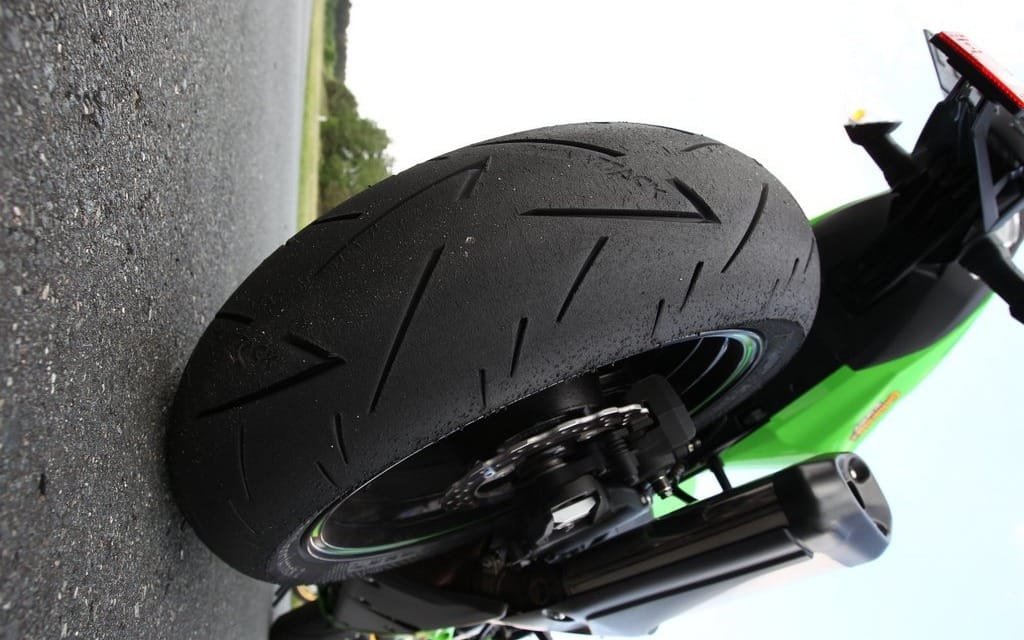 On 17 May 1943, a squadron of Avro Lancasters slipped into the night fog over the Edersee reservoir and let loose with a half dozen Barnes Wallis bouncing bombs. In what might have been the most technologically adventurous air attack in the European Theatre, the dam busters skipped their bombs across the water and into the face of the 400-metre wide Edersee dam, blowing a hole in it that sent a torrent into the valley below and turned off the lights for that part of Germany.

The lights were on again as I sat on the terrace at the Waldeck castle and gazed out at the reservoir below, glistening there like blue steel in the late afternoon sun. The repaired Edersee dam was only a few kilometres away. A pretty waitress delivered to me a long-stemmed glass filled properly with good German wine, maybe even the Merlot I had asked for. I sipped gratefully and thought about those RAF lads in their thundering Lancs, on a night 69 years and one week before, braving streams of firey ack-ack in a war that was anything but won. We had made our own attack that afternoon, not on a dam but on the autobahn, a parade of Americans, Brits, and Canucks on German, British, Italian, Austrian, and

Japanese motorcycles, flashing across the German countryside at speeds that might have almost kept up to those attacking bombers.

The whole adventure, in fact, was an attack. Conti Attack Days 2012, it was called, a splendid little romp for journalists who had come from away to sample the new motorcycle tires by Continental, the smallest premium motorcycle-tire manufacturer and a company that, we had been told, is going to “attack the motorcycle tire market much harder” in days and years to come. Continental had some new tires and some new technology to show us: the Sport Attack 2, the Road Attack 2 CR, and the Attack SM, as well as some others that will only be available in Europe, for racing applications.

We had been driven to the Contidrom earlier by a young Continental employee who seemed to think that everyone else on the autobahn was put there to get in his way. “Stupid driver,” he would mutter, then plunge the accelerator pedal nearly through the floor of the Mercedes van and bound into a sudden gap of 100-mile-an-hour traffic. We were teaching him some foreign expressions. FUBAR, and SNAFU, we started with, and he nodded, more or less understanding. “What means, uh, clusterfuck?” he said. “I think it’s when one man and two women …?”

We did not disabuse him of his fantasy. Nor was he about to disabuse us. The Contidrom: a big, banked oval set next to a pair of road tracks. Each of us had preconceptions; some had been there before, but most had not. All of us knew this: it’s a place where tires are tested to the limits of their endurance and where 300 km/h is ordinary. “You can’t crash,” said one of us later on. A couple of dozen riders sampled the Contidrom’s high-speed oval that day, and later, many of them seem to want to relive the banking. “You go as fast as you can, and you can’t crash. That was incredible.” Our young German driver crested a rise and pulled through a gate, and the Contidrom lay before us. Part of the banked oval was visible off to the left. It was not impressive, not as big as I had expected.

An hour later we sat in a garage-like room for a presentation on Continental’s new Attack 2 tires, which Continental says bring improved wet and dry grip and longer usefulness over the previous generation of Attack tires. Uwe Reichelt, head of the motorcycle tire department, said Continental is pursuing new sales opportunities in Asia and South America, and “funnily enough, we own the licence for Dunlop tires in Malaysa, Brunei, and Singapore,” where it produces the old TT100. The high-tech radial motorcycle tires, however, are all made in Germany, Reichelt said.

Andreas Faulstich took over to explain the new tires. “We try to make products for real motorcyclists,” he said. “The way we do it is we pay attention to what the real needs of riders are. So if you do a sports motorcycle tire, like we did with our Sport Attack 2, it’s really not so important to have the maximum grip or the minimum lap times on tracks, or to have the highest speed on wet tracks; it’s really important that you can have an enjoyable and safe ride on country roads, and also to improve your skills. So this is the basic concept of our Attack products.”

The Sport Attack 2, which was the primary focus of this tire introduction and is original equipment on the 2012 BMW S1000RR, is a steel-belted tire that Faulstich said will work on most current sportbikes. It’s made with a compound they call “Black Chili,” which Faulstich said provides improved grip but is rigid enough to be ridden at high speeds without deforming. The manufacturing process uses differentially heated moulds, with more heat applied to the centre of the tire, producing a greater vulcanization effect, and less heat applied at the sides, which results in a tire with soft sides and a harder centre. Other tire makers use dual compounds to achieve this, but the Continental process makes it possible with a single compound.

Faulstich said the tires come out of the moulds with a roughened surface, and no release agent is needed, so they can be run-in more quickly than other tires.

We were also shown the Road Attack 2 CR (“Classic Race”) tires, which were intended to give riders of older bikes a race tire that meets the quality of modern 17-inch race tires.

Go out and pick a bike, we were told. About 15 motorcycles were ranged in front of the garage, most of them wearing Sport Attack 2 rubber. I chose a BMW K1300R and followed others out to the dry track, which is a flat and almost four kilometres long. I pushed the tires as hard as I dared but was often passed by other, more experienced journalists, and after a few laps, I pulled back in and traded the BMW for a Kawasaki Z1000. The Sport Attack 2 tires felt neutral, compliant, and sticky, exactly as I’d been promised they would. Later, I road other bikes — a Kawasaki ER-6N, a Street Triple 1050, a Ducati 848 Streetfighter — and nothing I did on the track caused any of the tires to react unpleasantly. They gripped persuasively and provided good feedback and light handling. After a session on the banked oval, we moved onto a 1.9 km wet track, which was bordered by water sprayers and kept entirely wet. There, I rode more cautiously, though with more speed than I would on public roads, and felt no loss of traction. Once, I glanced into my mirror and saw a rider behind me fall on the wet track. Later, when I asked him what had happened, he couldn’t explain it; one moment he was up, and the next he was down.

It was the banked oval that raised the temperatures of the journalists there, and after a few laps on the dry track we were suddenly shuffled over to its entrance.

The oval is not an impressive sight; it looks twisted, as if part of the track had been heated too much and warped, raising its outer edge. Two long, straight sections are placed parallel to each other and capped by the banked oval ends. You can develop some serious speed on the straight, and as you hit the rising oval section, the bike climbs, forced up by centrifugal force. I hit the banked section at 200 km/h on a K1300, tucked in and flying, and the BMW went up about halfway, just two or three vertical metres, and then started to drop. I was not nearly fast enough to rise to the top of the banking.

But a strange thing happens when you hit that banked oval roadway. As the BMW crept across the sloped banking, the motorcycle tilted, but stayed vertical with respect to the road under it. As I crouched over the fuel tank and strained to look up and ahead, I saw the road rising in front of me, as if I were on the inside of a doughnut, preparing to loop. There were no physical cues that I was rising, but the visual effect was downright freaky, and I could stand no more than three or four laps of it before I pulled off the course.

Later, but not much later, we set off for the castle. Waldeck is old and sits high over the surrounding countryside and that beautiful reservoir, and when you see it from a short distance away it looks like something from a fairy tale. Before that, however, we sailed across the autobahn, reaching higher speeds than I hit on the banked oval, and the Conti tires behaved admirably. A few of us managed to get lost, but eventually, with the help of a British rider who could speak just enough German to ask for directions but not enough actually follow them, we did manage to get to Waldeck, and there, I sat on a terrace and thought back to a night 69 years and one week before, and felt a little smaller and lot less significant.