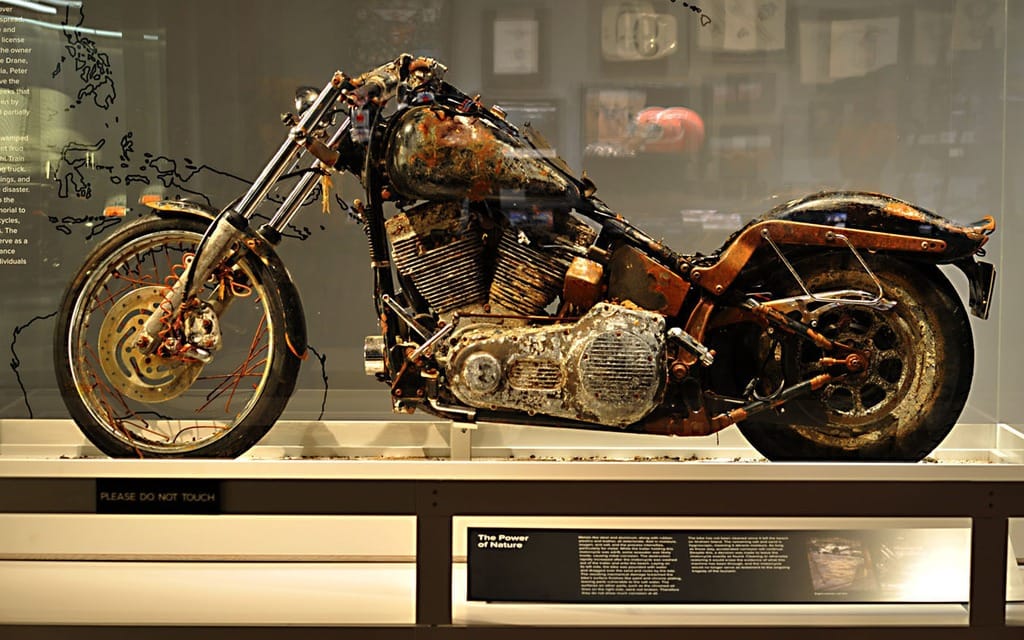 The Harley Davidson Softail Night Train that washed ashore in British Columbia goes on display this week at the Motor Company’s museum in Milwaukee. The bike was washed out to sea by the devastating tsunami that pounded northern Japan last year. Housed in a storage container, the motorcycle drifted for more than a year before being found on B.C.s Graham Island.

The owner of the motorcycle, Ikuo Yokoyama, survived the devastation of the March 2011 tsunami. Using the registration on the bike, Harley Davidson Japan and Deeley Harley Davidson here in Canada found Yokoyama, living in temporary housing in Miyagi Prefecture, Japan.

Yokoyama declined Harley Davidson’s offer to have the motorcycle restored and returned to him. He instead asked that it be preserved in its current condition.

The motorcycle is displayed as a memorial to the people who died or had their lives changed by the 2011 tsunami. “This motorcycle has an amazing story and we are honoured to be able to share it,” said Bill Davidson, vice president of the Harley Davidson museum.