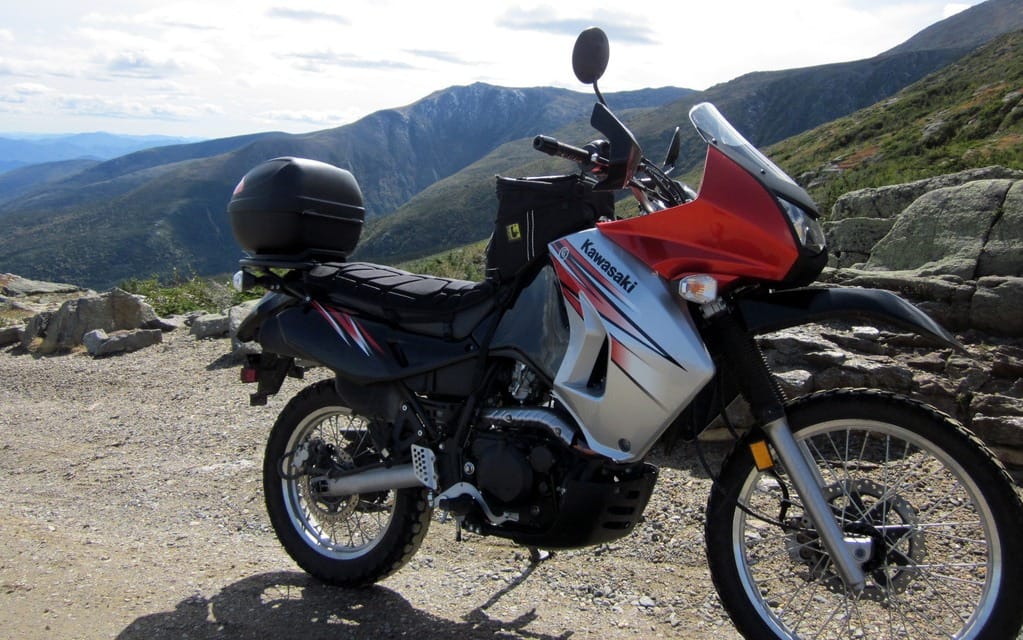 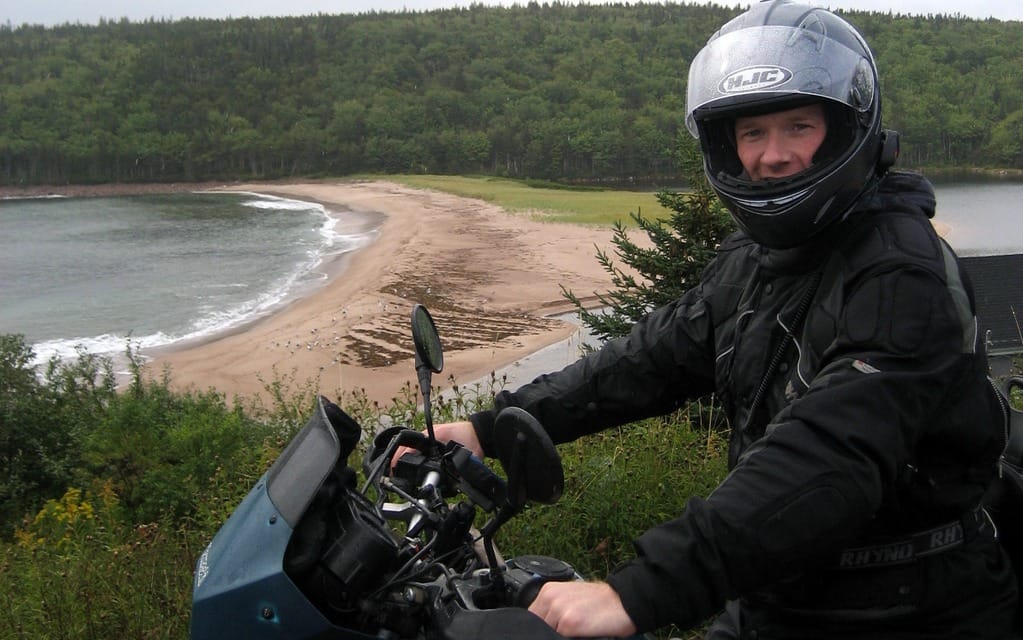 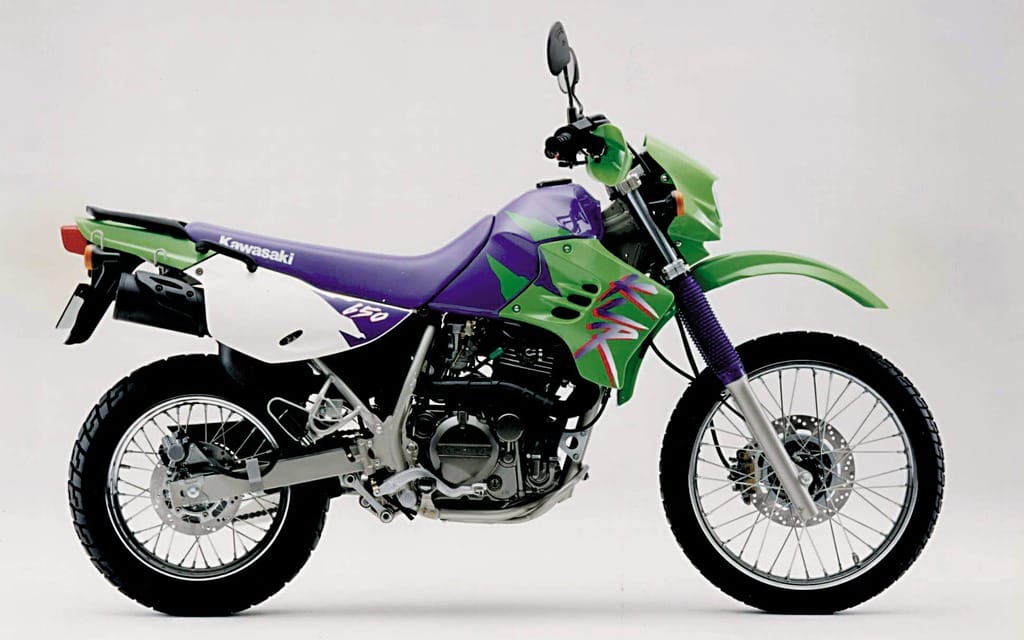 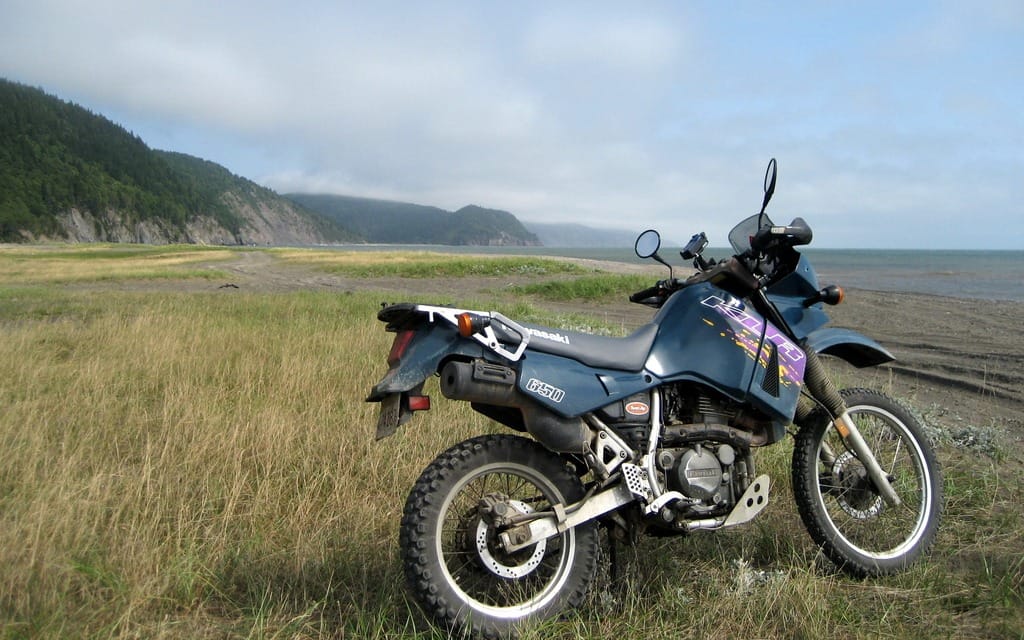 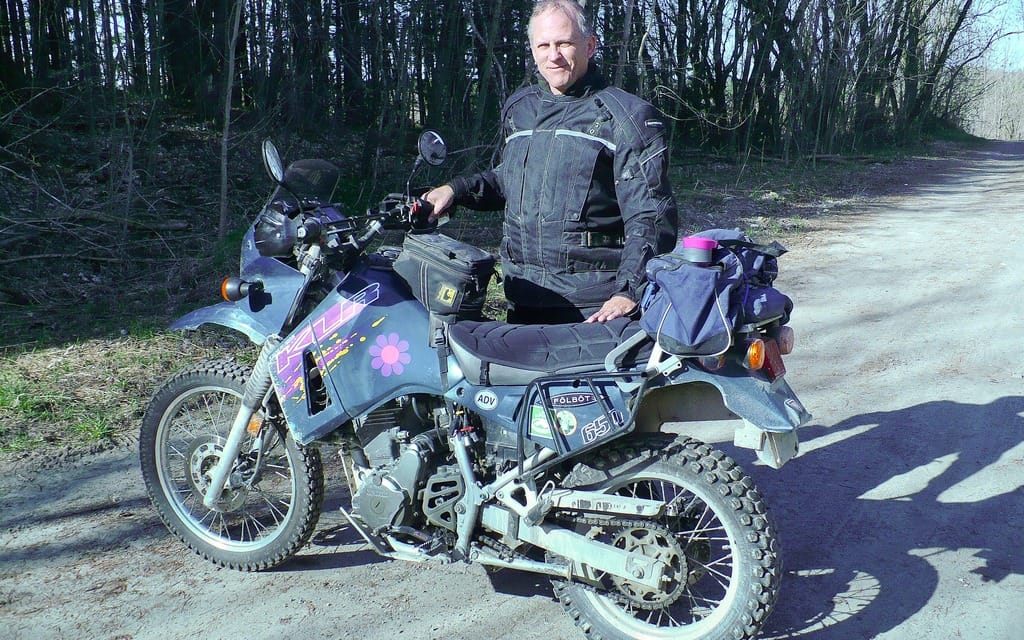 Look up “Swiss Army Knife” in Cycle Canada’s office dictionary, and you’ll find it described as “the KLR650 of folding knives.”

Ever since Kawasaki turned a single-cylinder dualsport 600 into a 650 back in 1987, the KLR has been recognized as a multifunction motorcycle, a compromise in every direction that seems to work well no matter what you point it at. Dirt, gravel, pavement, even water — Kawasaki’s original multistrada goes everywhere. A friend of ours rode one to Tierra del Fuego, and others have ridden them in deserts, on mountains, through swamps, around forests, and most especially, down gritty city back lanes.

New Brunswick reader Matt LeBlanc liked his 1999 model so much that he replaced it with a 2011 model. He uses the KLR to tour on all kinds of roads, and while his new bike is better than the older one on paved highways (less buffeting, says the six-foot-three rider), the two bikes are almost equally composed on less civilized surfaces. He had the ’99 model for more than a decade, and managed to install a number of additional parts, including a stainless steel front brake line, an aluminum skid plate, a T-vent line for the carb (the vent line originally went to the bottom of the bike and could feed water into the carb), aluminum splined hand guards, a 12-volt socket, a Garmin eTrex GPS, Progressive fork springs, Renthal 666 Desert bars, Moose half-inch offset footpegs, an upgraded doohickey and spring (balancer lever) for the engine, a Shad 33 trunk, and a Wolfman tankbag. He paid $3,500 for the bike in 2003, and sold it for $1,500 last year.

The 2011 model cost LeBlanc $7,500, and he has already upgraded it with a skid plate, crash bars, a rear master cylinder guard, a Givi trunk, the same Wolfman tankbag, a power distribution block to feed electrical goodies, and a voltage-temperature meter. He likes the KLR — both the ’99 and the ’11 model — because it’ll go just about anywhere.

What didn’t you like about the ’99 model?
“I did a lot of riding on the old bike, but I always lamented going on the highway, because there was a lot of buffeting on it. You don’t get that so much on the new one.”

What was wrong with the shock on the new one?
“As far as bumps and stuff, the suspension on both bikes seems the same. But the rear shock compresses too much when I sit on the new bike. I’m a big guy, and I have to crank up the preload and that makes the ride harsher. I actually bought some raising links and I’m going to change the geometry of the rear suspension.”

Why did you say the skid plate was a good modification for the ’99 model?
“When I was getting ready to sell the bike, that skid plate was just beat to pieces. In our area we have really rocky terrain, and I ended up dragging it quite a bit and getting it beaten up with rocks, so it saved the bike.”

What kind of touring have you done on your KLR collection?
“I did the Atlantic Long Distance Endurance Rally in 2008, and my KLR was the smallest bike in the rally. And I’ve been to Cape Breton, Bar Harbour, Maine, toured around the west coast of Nova Scotia and around New Brunswick. Been up Mt. Washington in a snow storm.”

And you’ll tour with the new one?
“This summer I’m doing the Trans Labrador Trail. I put knobby tires on it (Michelin T63), and the skid plate and the trunk, so it should be good.”

Comparing the old KLR to the new one, what’s been improved?
“It’s night and day. All the little things that bothered me on the old bike, the new one had addressed. The old one had a dirt bike headlight, and you could barely see anything at night, so the new bike has twin lights, and when you put on the high beam both lights are on. The dash is cleaner, it’s easier to read. It seems like it’s smoother on the highway, too, and I think the fairing helps a lot, because it’s a little wider.”

How did you get onto the KLR in the first place?
“All my life I’d ridden dirt bikes, but I got away from them when I got my car licence. I forgot how much I loved bikes, but I was going on a trip, and I was in the airport looking for reading material. I saw Cycle Canada had the Dirt Bike Buyer’s Guide — this was like in ’02, so I picked it up and read it, and I started fantasizing about dirt bikes, and so I ended up getting the KLR. It was a perfect decision for me.”

Ontario resident Rob Leach bought his ’99 KLR five years ago and has put about 33,000 km on it, riding on gravel roads, back roads, and undeveloped road allowances in southern Ontario. He tours with it every September, generally with his brother and brother-in-law on similar bikes, and last year went around Lake Superior on logging roads and snowmobile trails. He puts about 6,000 km on it every year. “I have Kenda 270 tires on it and it handles very good. A mile outside town I’m on gravel roads and I can ride hundreds of kilometres on gravel. It floats along just fine. I’m always looking for sixth gear but that’s the nature of it. When we went to Pennsylvania and we were going on major highways it went along just fine.” Leach is about five inches shorter than LeBlanc, and did not complain about buffeting. Like LeBlanc, he replaced the doohickey engine balancer, and opposite to LeBlanc, he lowered the rear suspension. Also like LeBlanc, he admires the KLR most for its flexibility. “Its ability to do all things well, maybe not perfectly, but well.”

Perhaps the ubiquity of the KLR650 explains why Cycle Canada seems to have almost refused to test one: the do-it-all Kawi has appeared in the magazine a scant handful of times, despite its longevity and best-selling status. In a 1990 Buyer’s Guide, we said it was “the best bang for your buck in the big single class,” and after the model was updated in 2006 (for the 2008 model year), we said that with a 23-litre fuel tank, “decent weather protection, all-terrain capability,” a big luggage rack, and good passenger seating, the KLR was “an exceptionally competent motorcycle.”