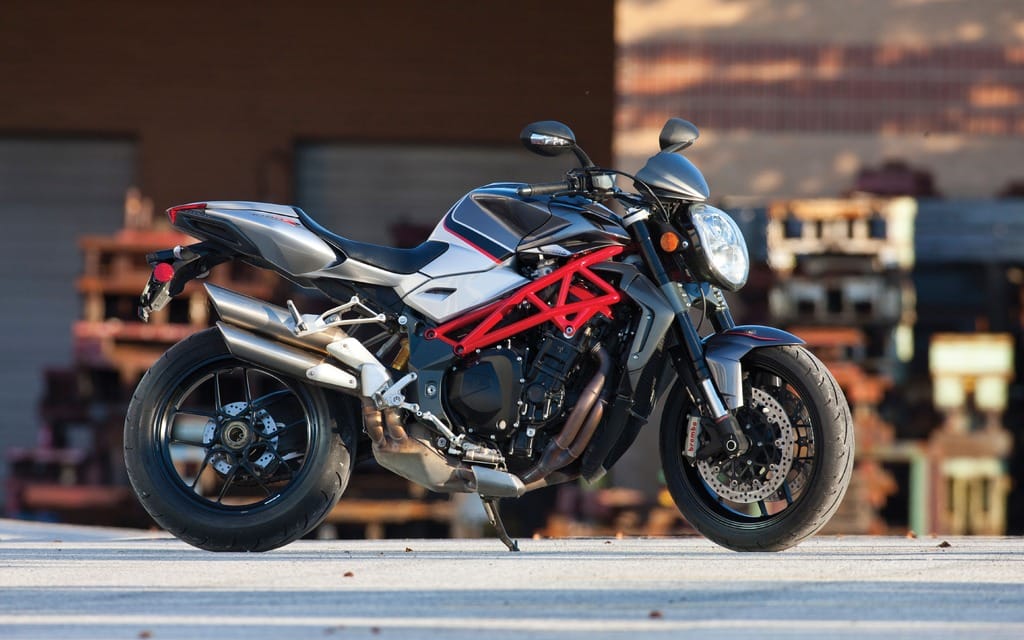 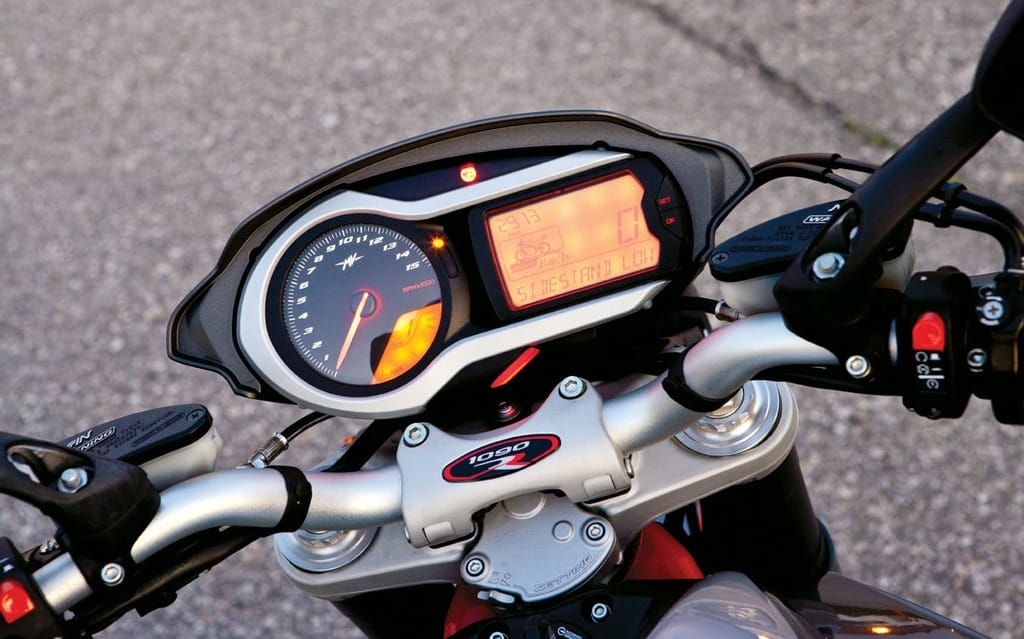 Some motorcycles invite you to ride quickly. MV’s Brutale insists on it.

Sometimes the obvious isn’t so obvious to us. Most motorcyclists, when they see that houses crowd the road, surmise that they’ve entered a town and slow. But not us. We interpreted the houses as odd-looking rectangular trees that had, hilariously, cars parked next to their trunks. Who knew that squirrels could drive? So we shot through the village on MV Agusta’s Brutale 1090RR at 190 km/h. Oops. But before the Canada Safety Council members reading this put cursor to email and rap our knuckles, we want to say that this speed was not in the pursuit of pleasure. Not this time.

A confession: we’ve had this test in the story bank since last fall, but we had to hold onto it just in case the public official who spotted us zipping through the unmentionable town was irked enough to seek us out. Maybe (oh please, no) he, or she, is a reader of this magazine, in which case we’d like to say that the person who was riding that day has moved to the Ukraine and will likely die there. In fact they’re already dead. That settles it. Now back to searching out those truths.

The Brutale is the practical MV. Seriously. The seat is broad, and flat, and that the foam is firm doesn’t compromise comfort. We wouldn’t ride it to the Grand Canyon (unless we started from Phoenix) but then we’re not the types to ride anything to the Grand Canyon — that’s why God created the Mercedes Benz. But, suffice to say, you can ride it all the way to trouble and home again.

Power, from a 1,078 cc four-banger, is prodigious. The bike on test is a ($18,995) 2011 version that claims 144 horsepower, while the ($19,995) 2012 Brutale 1090RR has, among other upgrades, revised throttle bodies and claims 156 horsepower. All that power, allied to fuelling that can be a little abrupt, makes for a lively ride and rewards the rider who is smooth with throttle inputs. The clutch pull is a little on the stiff side, but the transmission action is gloriously smooth and precise. Keeping the engine on the boil by rowing through the gearbox is deliriously fun and generates eye-flattening speeds.

The supple response from the suspension was a surprise. Italian motorcycles often seem to have dampers filled with concrete and not oil, but the Brutale’s stout Marzocchi fork seems a good compromise between compliance and control. Aiding control is a standard slipper clutch and eight-position traction control.

The Brutale isn’t a plush all-rounder in the Japanese manner, but rather a sportbike with the plastic jettisoned to the trash bin. The engine, while it doesn’t quite have the hair-raising horsepower of the F4, hardly seems like it’s been detuned. It’s a bike that only gets better the harder it’s ridden. And that’s where our problems began.