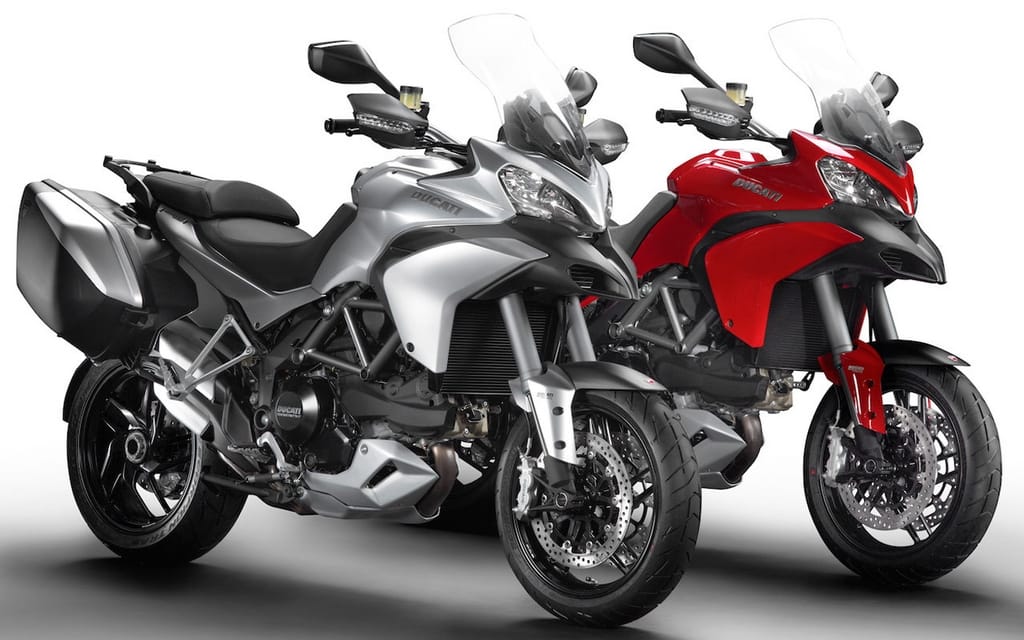 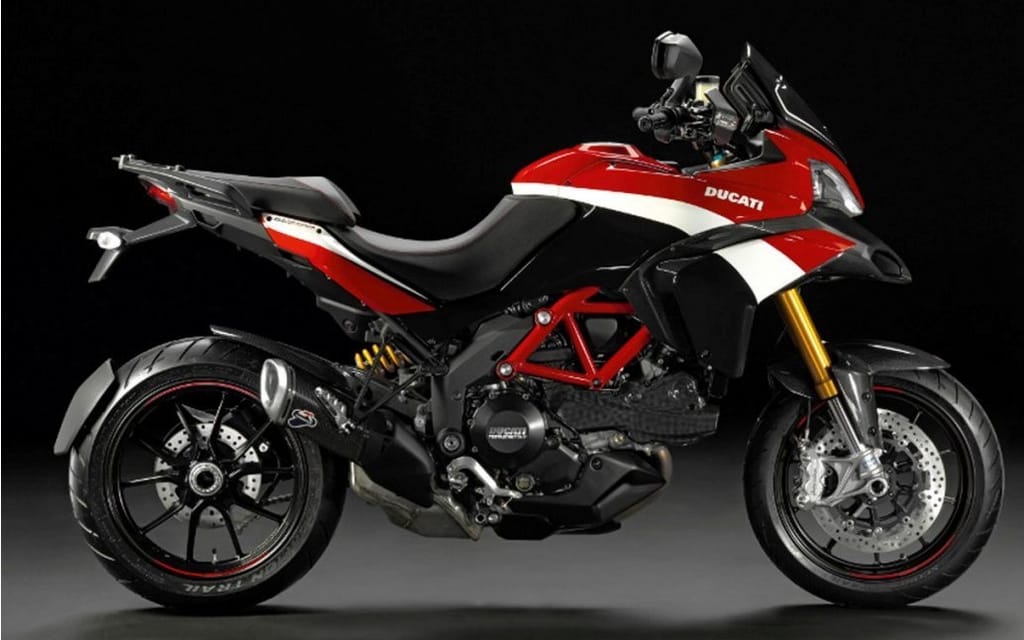 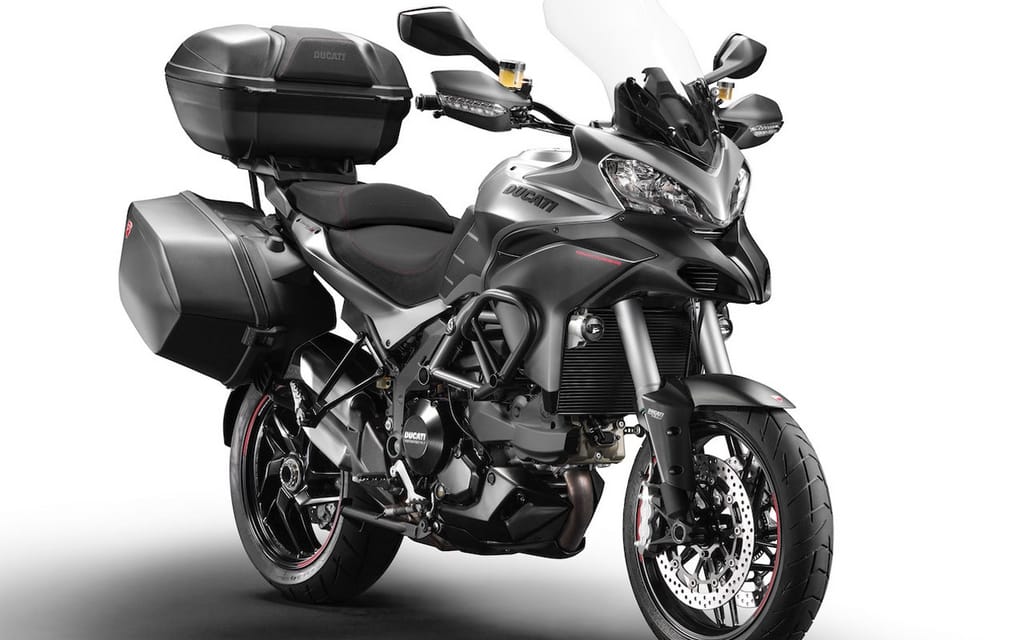 Ducati has released a preview of their updated Multistrada range for 2013. The range will include a base model and uprated “S” models including the Pikes Peak, in race replica paint scheme, Touring and Grantourismo.

A second generation Testatretta engine will power all of the Multistrada examples.  Ducati has fitted an electronics package that includes ride-by-wire control, traction control and anti-lock brakes. Touring versions come with semi-active suspension which constantly adjusts damping in response to conditions.

Ducati’s Multistrada will feature four riding modes: Sport, Touring, Urban and Enduro, that allow the rider to change the power and torque delivery, suspension settings, traction control and ABS to suit conditions at the flick of a switch.

Standard on the Touring model will be panniers, heated grips and a centre stand. Stepping up to the Granturismo adds larger side bags, a top case, touring tires, added illumination and increased wind protection.

Cycle Canada editor Neil Graham rides the new Multistrada in Bilbao Spain this week. The first public showing will be at the INTERMOT motorcycle show in Cologne Germany October 3rd to 7th. The bikes are scheduled to arrive in dealerships December 2012.