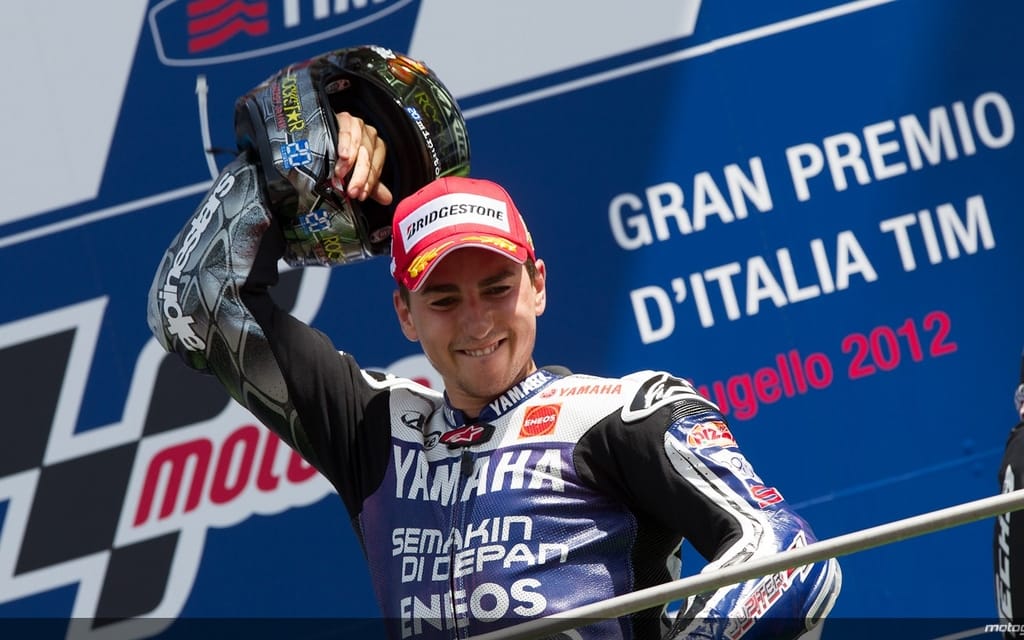 Jorge Lorenzo passed Dani Pedrosa in the first corner and carried on to win the Italian Grand Prix in Mugello Italy today. The win sets Lorenzo atop the standings in the world championship with 185 points.

Dani Pedrosa came home second after starting from the pole. Pedrossa set the fastest lap of the race at 1:47.705, but finished 5.2 seconds back. Pedrosa is now 19 point adrift of Lorenzo in the standings.

Andrea Doviziso hung with the leaders throughout the race for the final podium finish on the satellite Yamaha machine. His finish keeps Dovizoso in fourth overall and ensured that there was an Italian on the podium, a point of pride for the home crowd.

Reigning champion, Casey Stoner finished eighth after running off the track mid-way through the race. Stoner worked his way back through the field, besting Alvaro Bautista for ninth with a move that resembled a shoulder check more than a racing pass racing pass. His result today puts him in third place in the overall standings.

Valentino Rossi, in fifth position, had his best dry-weather finish of the season so far. Working his way up from a tenth place start, Rossi passed his team mate Nicky Hayden on the last lap, relegating Hayden to seventh place.