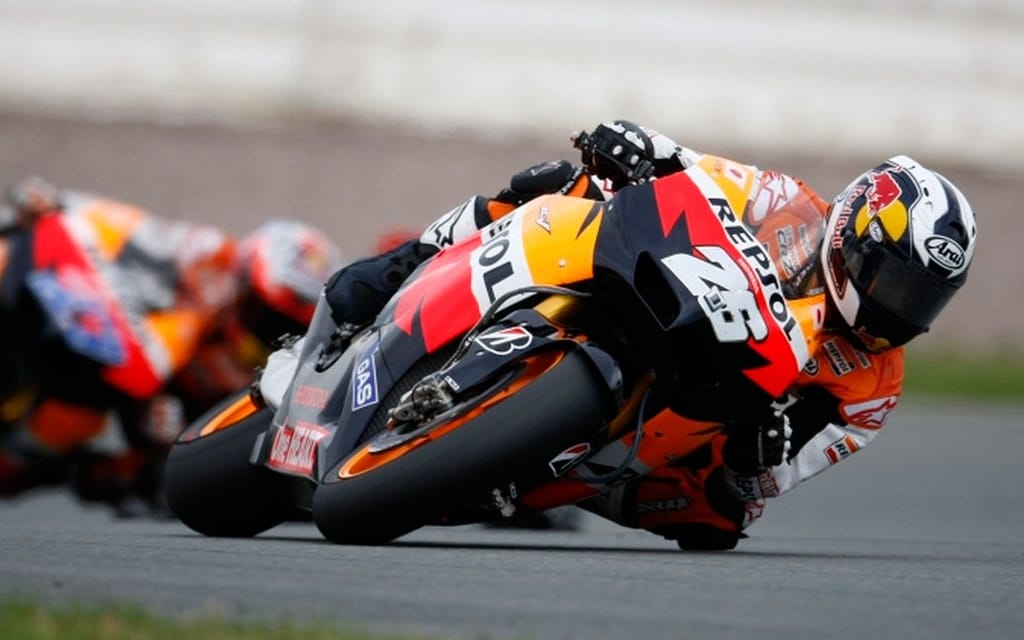 Dani Pedrosa took his first win of the 2012 season today at the German Grand Prix. Pedrosa got off the line well, led into turn one ahead of Casey Stoner, Ben Spies and Jorge Lorenzo, but Stoner soon passed for the lead. Stoner held the lead until seven laps to go, when Pedrosa passed going into turn one.  Stoner then hung with Pedrosa, until crashing out of second place in the final turns. Stoner was unhurt, but did not finish the race.

Meanwhile, behind the Hondas, Lorenzo was in third followed by Andrea Dovizioso and Ben Spies, all on Yamahas. Cal Crutchlow was also in the mix, but dropped back after a mistake in braking with seven laps remaining.

Pedrosa crossed the stripe with a margin of 14.996 seconds over Lorenzo in second. The win lifts Pedrosa into second in the standings, 14 points behind first place Lorenzo. Stoner now sits third, six points adrift of Pedrosa. Valentino Rossi ended up sixth, his best finish in the dry this year, leaving him in sixth overall behind Cal Crutchlow in fifth and Andrea Dovizioso in fourth.