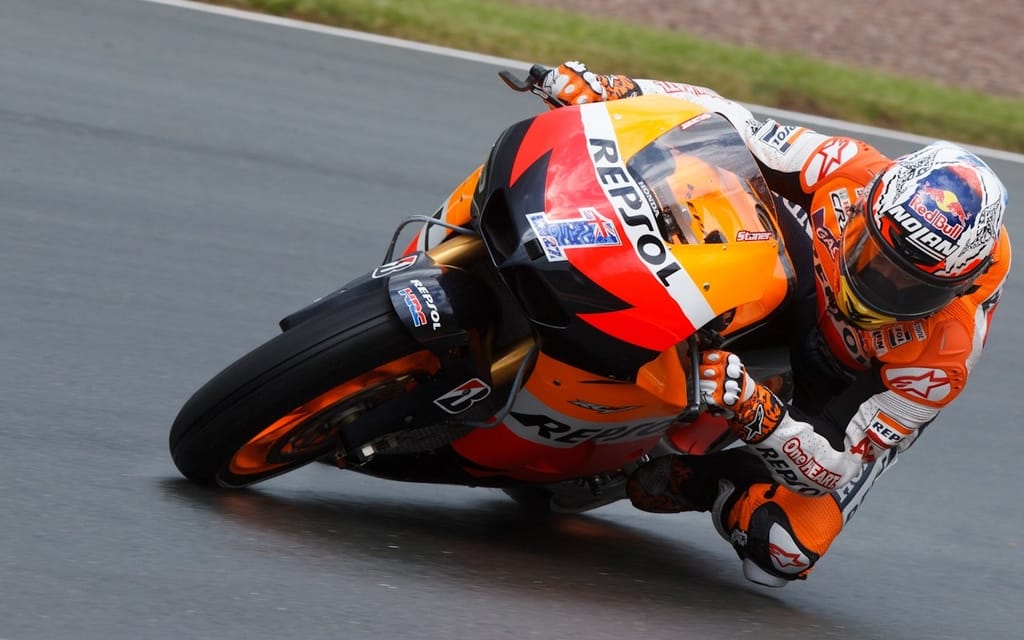 Casey Stoner has claimed the pole in a rain-soaked qualifying round ahead of tomorrow’s German Grand Prix at Sachsenring. The reigning world champion’s best time of 1:31.796 knocked Yamaha’s Ben Spies out of the top spot into second position on the grid, two tenths of a second slower. Stoner’s Honda teammate, Dani Pedrosa will start from third with a qualifying time of 1:32.081.

Rossi in ninth position is a surprise as, despite massive struggles with the Ducati in dry conditions, he has fared well in the wet this season.

Heavy rains caused numerous crashes in qualifying including Michele Pirro, who set the fastest time in the third practice session, Danilo Petrucci and Hector Barbera. None were seriously injured and all the downed riders continued the qualifying session.