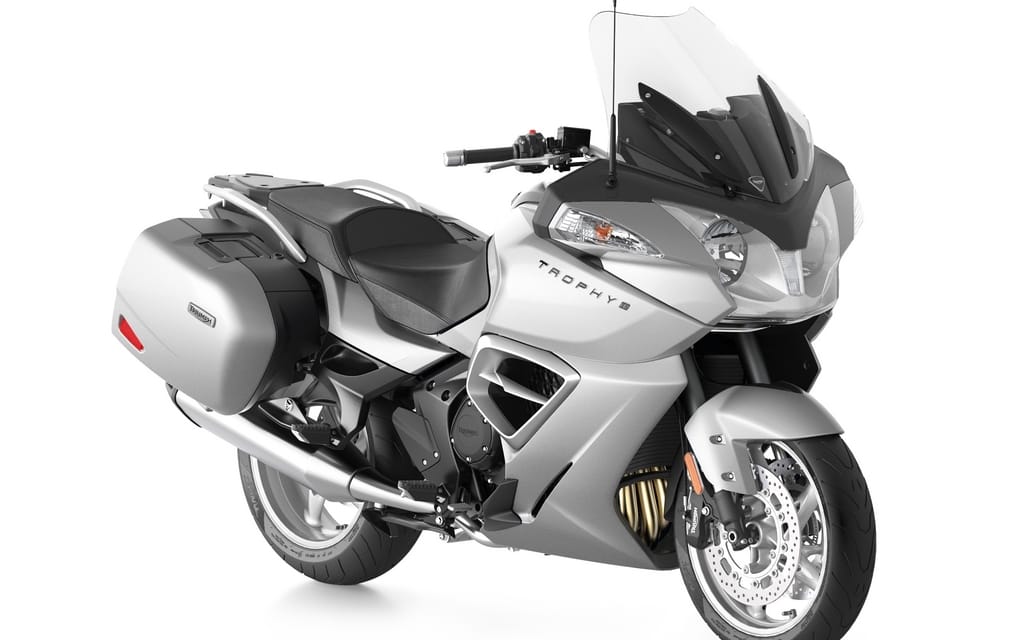 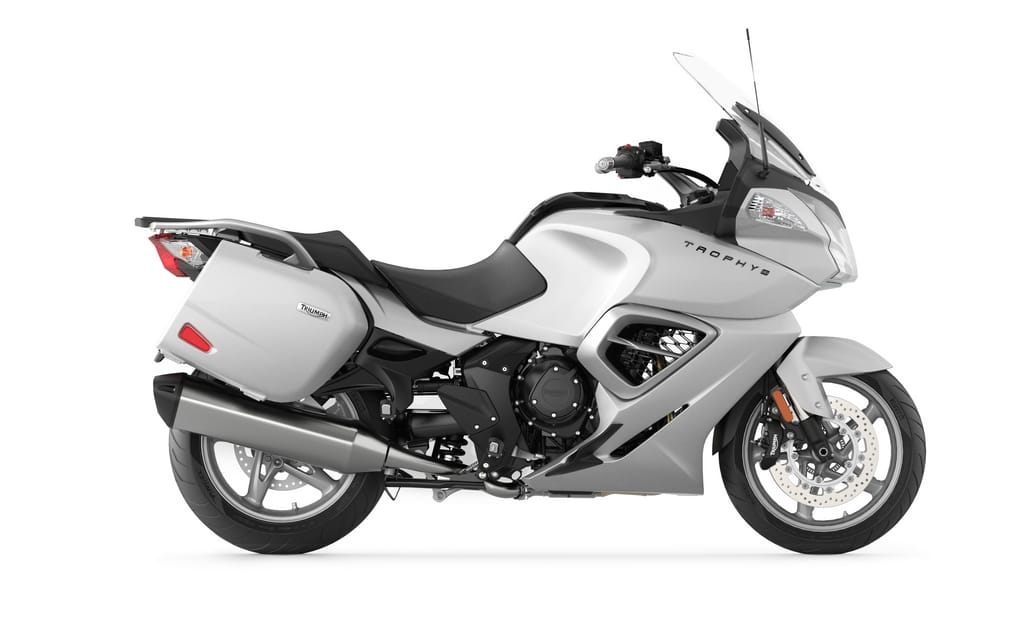 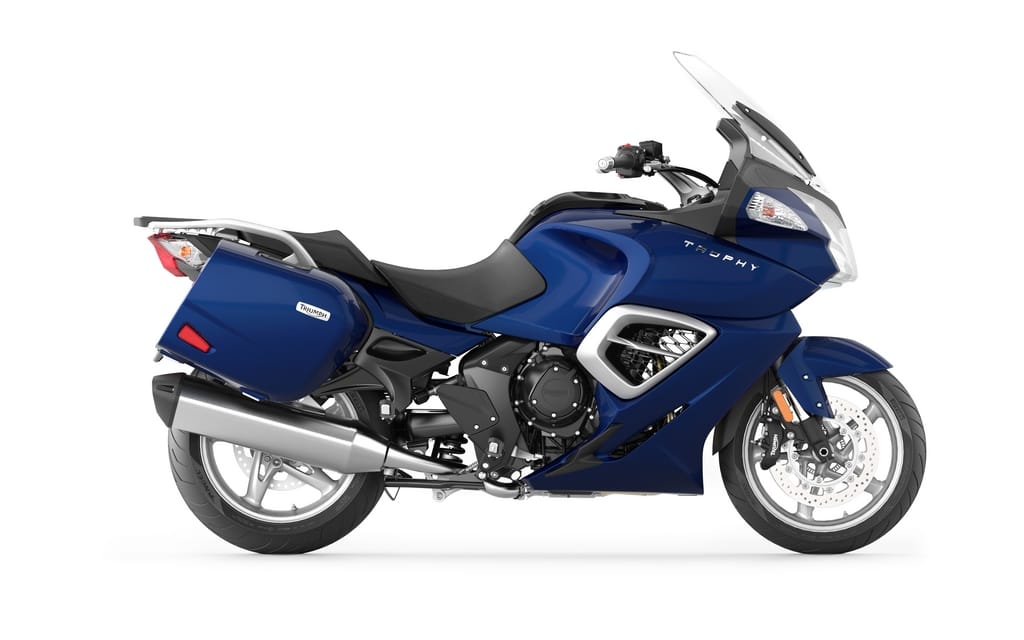 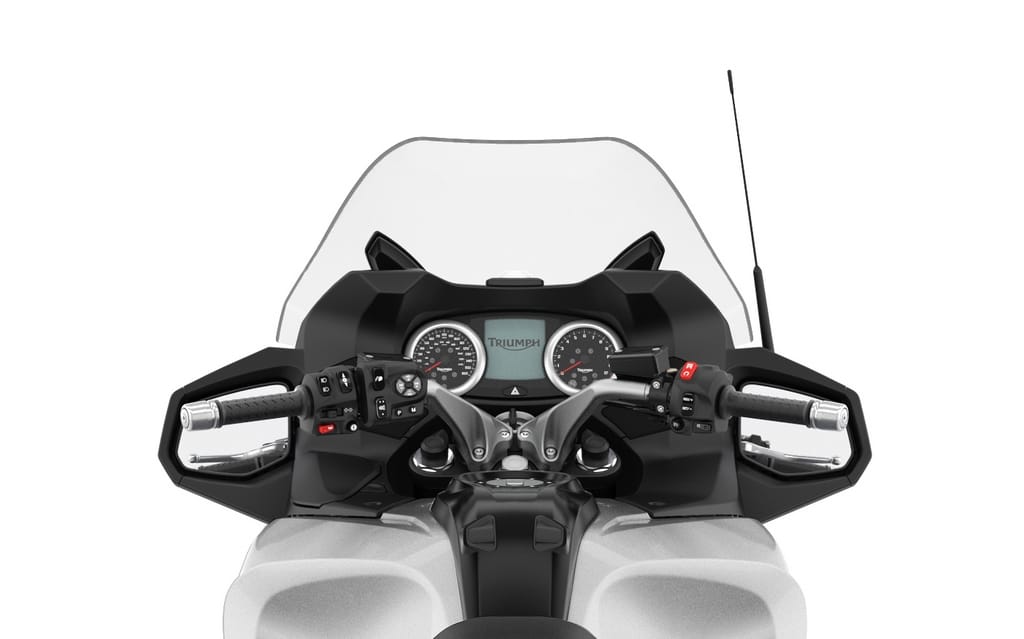 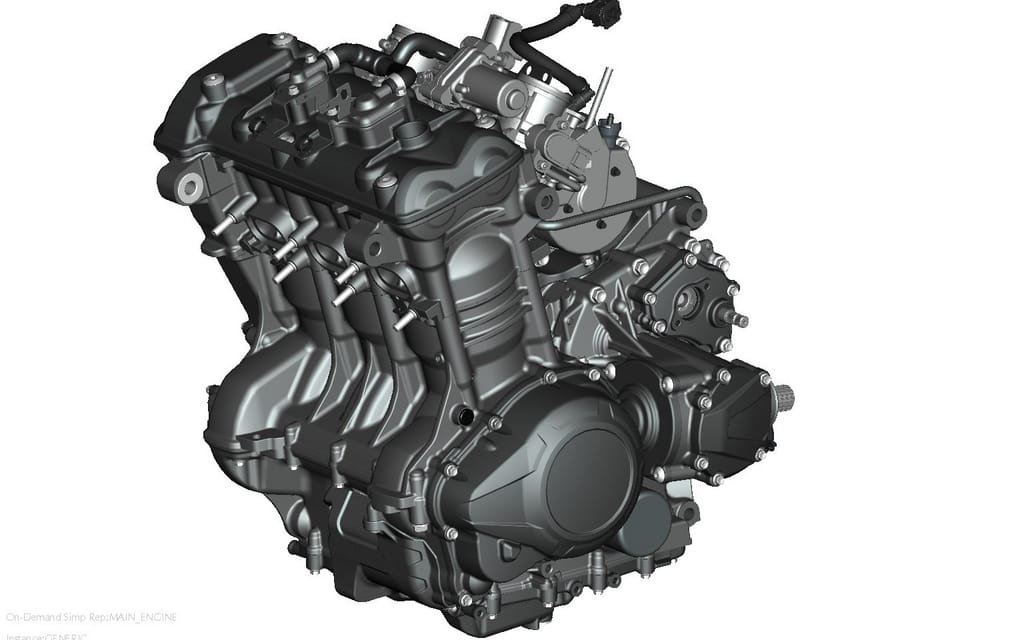 Triumph is introducing two new motorcycles for the touring class: the Trophy and Trophy SE. The Trophy is powered by a 1215 cc three-cylinder engine with a ride-by-wire throttle mated to a six-speed transmission and a shaft final drive. Triumph claims 132 hp at 8,500 rpm from the counterbalanced triple and 89 lb-ft of torque at 6,450 rpm.

Triumph claims a wet weight (without panniers) of 301 kg (662 lb) for the aluminum-framed Trophy and a fuel capacity of 26 litres. Brakes are Nissin triple disc with non-switchable ABS. Cruise control and switchable traction control are standard.

A pair of 31 litre panniers comes standard and is mounted using Triumph’s Dynamic Luggage System (TDLS). The TDLS is claimed to optimize stability by allowing the panniers up to five degrees of movement. If you want to get away from it all without leaving it all behind, a 55 litre top box, with its own power point, is offered as an accessory.

Heated grips and a trio of power points make the bike habitable and 16,000 km service intervals mean less time in the shop and more time on the road. Adjustable through 160 mm via a switch on the left handlebar, the windscreen features a memory setting that stores the last pre-set position when re-starting the bike.

The Trophy makes its debut at a Triumph event in Neukirchen, Austria this weekend. Both the base and SE models are available in silver or blue. Pricing is expected in September and the bikes should be arriving in Canadian dealerships this October.