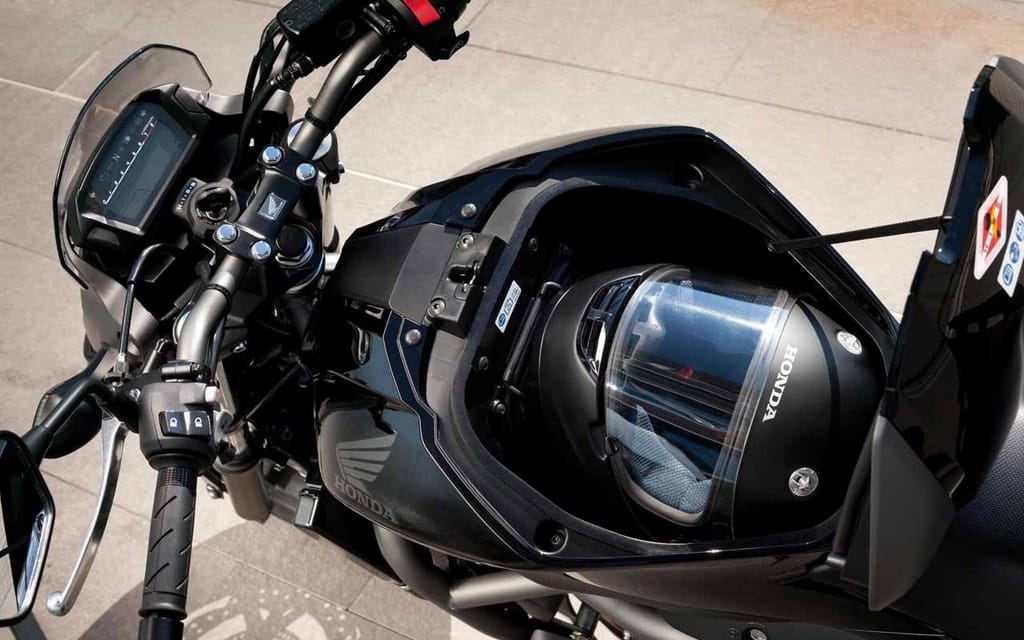 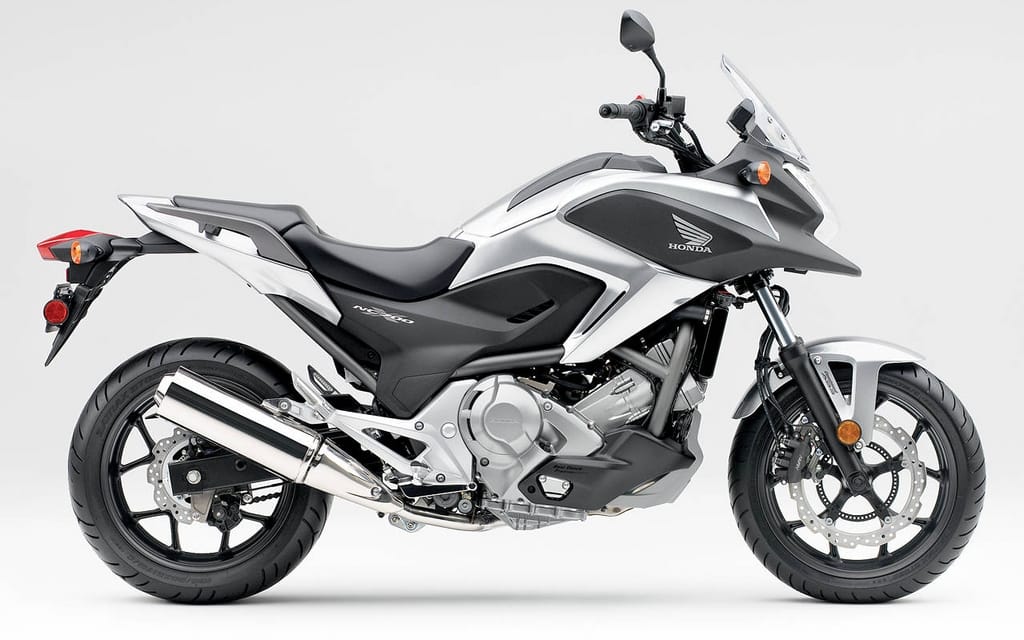 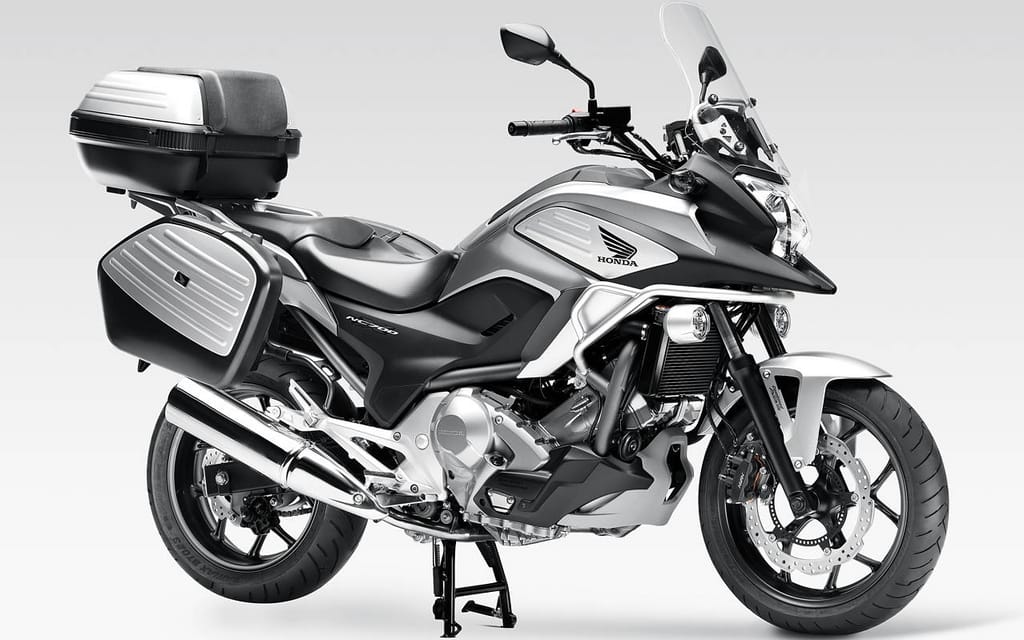 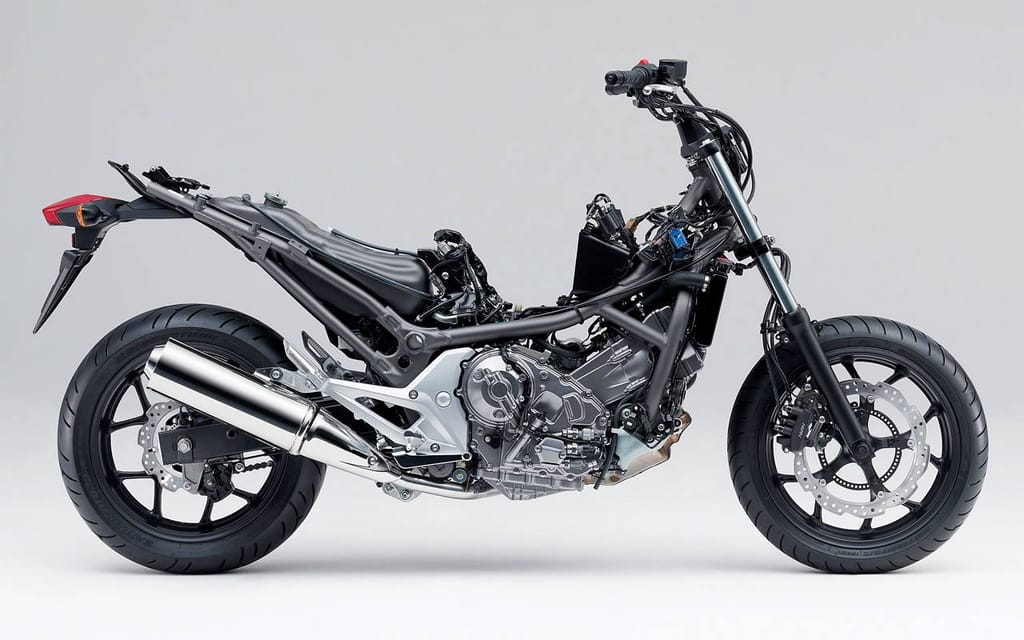 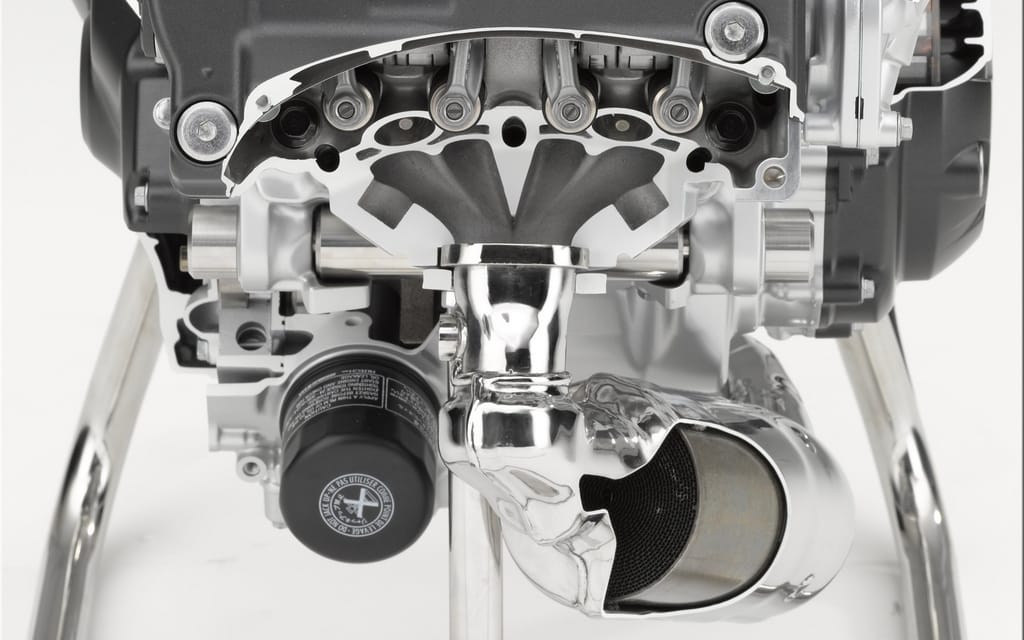 It gets fuel mileage like a 250, has a place to store your lunch and your pants, and it’s cheap. If we’re ever to love a practical motorcycle, could this be the one?

The question is nearly as old as motorcycling itself: if a motorcycle weighs far less than a car and has an engine much smaller than a car’s, why do motorcycles get, in comparison, such poor fuel mileage? Engineers will tell you that a bike has poor aerodynamics (compared to cars) and that motorcyclists are reluctant to sacrifice performance for fuel consumption gains. Well, OK, I guess that sort of explains it, but only sort of. That a 3,000-pound car can nearly equal the fuel consumption numbers of a 500-pound motorcycle is still a catalyst for head scratching. Must it be this way? Well, no, it doesn’t have to be this way. Not anymore.

My daughter asked me, in the disarming way that kids question what adults accept as fact, why cars and motorcycles go so fast when you get speeding tickets for doing so. Her question flummoxed me, and I became aware of the absurdity of my answers the moment my words left my lips. I said that passing requires extra power, and that sometimes speed is fun. She looked at me flatly, our roles reversing, she the wise one and I the one flailing for an explanation. Finally I said that I didn’t have the answers she was looking for.

A few days later I was in Barcelona riding a motorcycle that would have answered many of my daughter’s questions. When Honda was developing its NC700S and NC700X (NC stands for New Concept, and although it’s a gratingly self-aggrandizing name, it’s eerily accurate, as you’ll see) they first looked at the numbers. As Honda Canada product planner Damian James (who, by the way, is an ex Cycle Canada staffer from the early days) told me, Honda polled European motorcyclists to see how they actually use their motorcycles. They didn’t ask them if they think Jorge Lorenzo is a better rider than Dani Pedrosa or if they like the sound of a finely tuned multi at 15,000 rpm. They asked them, in other words, to tell the truth.

What Honda determined was that even hard charging European riders rarely exceeded 140 km/h or revved machines higher than 6,000 rpm. Engineers then took these findings, retreated to the laboratory, crunched the numbers, and developed a pair of machines that eliminated superfluous engine revs and unused performance, and, in the process, made perhaps the first motorcycles with efficiency as the overarching mandate.

As I queued up behind Honda Spain’s Albert Cavero on a beautiful brisk morning on the outskirts of Barcelona, I wasn’t thinking of fuel mileage or volumetric efficiency or the future of the Western world. I wasn’t even thinking of how hard it must be to sell motorcycles in a country with an unemployment rate of 24.5 percent and with youth unemployment hovering near 50 percent. No, all I was thinking about was riding on sinuous mountain roads so gorgeous that I’d return home in despair at the paucity of interesting roads in the pancake topography of southern Ontario.

I gave my nose a final scratch then tugged on my gloves and lowered my visor. As I jumped ahead in first gear I almost immediately nailed the abrupt rev limiter. Then I hit it again in second gear. And then again in third. I’d never had this problem before on a motorcycle. I’d only ever clipped rev limiters while trying to save a shift on a racetrack or while wantonly abusing a motorcycle that didn’t belong to me. In every past case of over-revving a motorcycle I was acutely aware that I was at the machine’s limit. Like an opera singer flirting with the ragged upper end of their range, you know when the voice, or the machine, is about to throw up its hands and say “enough!” But the NC700S that I was riding was different. Its redline is not a mechanically induced limitation, like a four-cylinder’s exasperation at being pushed well into the five digits or a pushrod V-twin’s anxiety long before that. No, this was different. I wasn’t running into a rev limiter so much as I was bumping into an ideology.

It was then I remembered the rider surveys that claimed few Euros went faster than 140 or revved higher than 6,000 (and they ride, in my experience, a hell of a lot harder than most North American riders). The NC was chiding me for riding in a manner deviant from the norm. But this engine, mechanically, could likely rev to 10,000 rpm without so much as a hiccup. Hondas have been revving way past 6,500 rpm with ease for 50 years. The NC’s redline is more like a reminder that this is, indeed, a New Concept — but I’m decidedly Old Concept when it comes to throttle application: the heavier the better. Yet mankind will never move forward if we’re forever falling back on our old ways, so I calmed down, cast an eye at the tachometer for guidance, and tried again.

Below 3,000 rpm the twin chugged unhappily but it smoothed nicely by 4,000 rpm. That left a useful rev range of about 2,500 rpm before the engine whacked its head on the rev limiter at an indicated 6,500 rpm. Admittedly much of the problem was that I was riding at a pace that, while perfectly normal for a press launch, was in that rarified zone far from where most people (even spirited Europeans) ride, according to Honda wisdom. (And the next day, while I had my head in a toilet losing a death match with a stomach bug, my colleagues putted around Barcelona and told me later that they never neared the redline.) My monitoring of revs eventually became second nature and by lunchtime I was riding nearly as fast as I’d have ridden on a more sporting bike.

The NC’s engine embraces motorcycle convention and yet its execution borrows from automotive practice. It is a parallel twin of 670 cc displacement. There is nothing unusual in that, nor in the fact that it has a 270-degree crankshaft and a single overhead camshaft. What is surprising is that each cylinder is without a dedicated port for fuel ingestion and exhaust expulsion. One throttle body feeds the engine and one exhaust pipe takes care of spent gases. The advantage of such a system is superior volumetric efficiency at low revs. The disadvantage, of course, is at high revs, but since the engine doesn’t rev very high, it isn’t an issue. Lower revs also mean that engineers didn’t need to fret about piston speeds, so the NC’s have a decidedly (by modern standards) long stroke engine, with a 73 mm bore and an 80 mm stroke.

Furthering the engine’s efficiency-first mandate, just south of the exhaust port is the catalytic converter. Catalytic converters only operate effectively when they’re reached operating temperature, but rarely on a motorcycle are they placed — for function’s sake, at least — in the proper place. (Normally they’re tucked under the engine’s sump or, even worse, fitted way out back in a muffler. But the NC engine’s lay-down architecture accommodates the forward fitting of the cat to remarkable effect: Not only does the NC emit only half the emissions allowed under current Euro 3 standards, it already meets the more stringent (and forthcoming) Euro 5 regulations. But the real payoff for this engineering exercise comes at the pumps. Honda claims a 40-percent increase in engine efficiency compared to a more conventional design and fuel mileage similar to its CBR250R. Although we didn’t have the opportunity to collect our own fuel consumption data, independent numbers from the European press seem to back up Honda’s claim, with recorded mileage of approximately 3.77 L/100 km (75 mpg).

As a perceptive reader you will have realized that the repeated references to European riders are telling. This is a bike designed for what Honda hopes will be the needs of the Continent. But what plays in Barcelona doesn’t always play in the New World. Spain has a climate that fosters year-round riding, and where motorcycles are used — and useful — as practical tools, it is easy to see the NC’s appeal, as that of a proper motorcycle with two-up capability that sips fuel like a scooter. (An interesting footnote is that the NC platform is available in Europe as a maxi-scooter — named the Integra — that won’t be coming to Canada. European NCs also have an option of a dual-clutch automatic transmission that won’t be coming here.)

Canadians, what with our nasty annual debacle called winter, are famously resistant to motorcycles as practical tools. In our climate the Toyota Corolla is practical transport, and damn it if after all that suffering we’re going to settle for a practical motorcycle. But that doesn’t mean that the NC should fail. First of all, if Honda can stick to its predictions, they should be cheap — under $9,000 (with ABS) is the guess, though prices were not fixed at press time. And they’re pretty good bikes, too.

The NC700S and the NC700X are nearly identical. The S has a more diminutive fairing, a flatter handlebar, and a slightly lower seat (790 mm vs. 830 mm) than the X. The X is also a tad heavier (three kilograms), has a manually adjustable two-position windshield, and slightly more suspension travel. The engine’s lay-down architecture and low-mounted fuel tank lower the centre of gravity to just above that of a snail. In fact low-speed handling is so light-footed and effortless that should a rider struggle to master an NC they likely shouldn’t be riding anything bigger than a bicycle. But the best part of the engine and fuel tank positioning is that it opens up the area where the fuel tank normally resides on a motorcycle for 21 litres of storage. It’s big enough to jam in just about all you’ll need for a commute or even a weekend away as long as your other bike isn’t a Gold Wing.

As the elevations rose and the roads tightened I preferred the S model’s lower bar and firmer suspension. Back home where the roads are dull and potholed I’d take the wind protection and the more upright stance of the X. Both bikes, however, were exactly as you’d image they’d be. Suspensions were pliable, the engine nearly inaudible (likely the quietest machines I’d ever ridden, though my plugged sinuses may have contributed to that), the controls silky smooth and the engine virtually impossible to stall. And a twisty road was no less twisty or engaging on this practical motorcycle than it would have been on an impractical motorcycle. And maybe that’s the most important point of all.