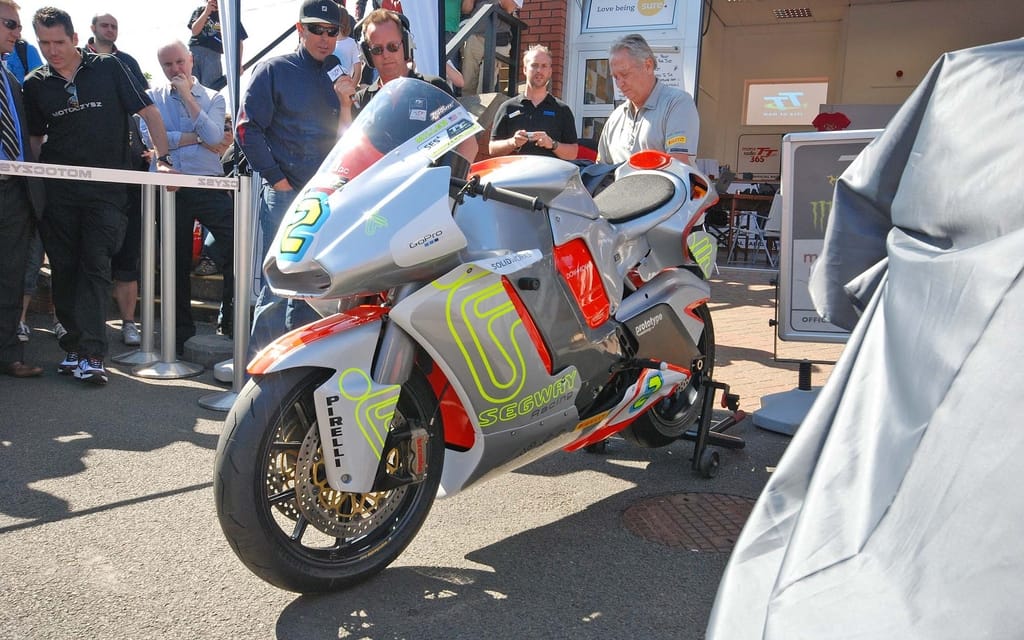 MotoCzysz’s Michael Rutter became the first rider to break the ton on an electric motorcycle at the Isle of Man’s famed mountain course. Rutter’s time of 21:45.33 was good for an average speed of 104.056 mph in the TTXGP.  MotoCzysz also claimed the £10,000 prize put up by the IoM government for the first electric bike to break the 100 mph average speed over the course.

The 2012 Isle of Man will be remembered as a landmark event for electric bikes. Three of the four teams exceeded the 100 mph average speed over four laps totalling 150.92 miles. The zero emission TTXGP class was added in 2009. The mountain course has been used for the annual Tourist Trophy races since 1911; it took until 1957 for a gasoline engined 100 mph lap to be recorded. John Surtees posted that mark on a Gilera.