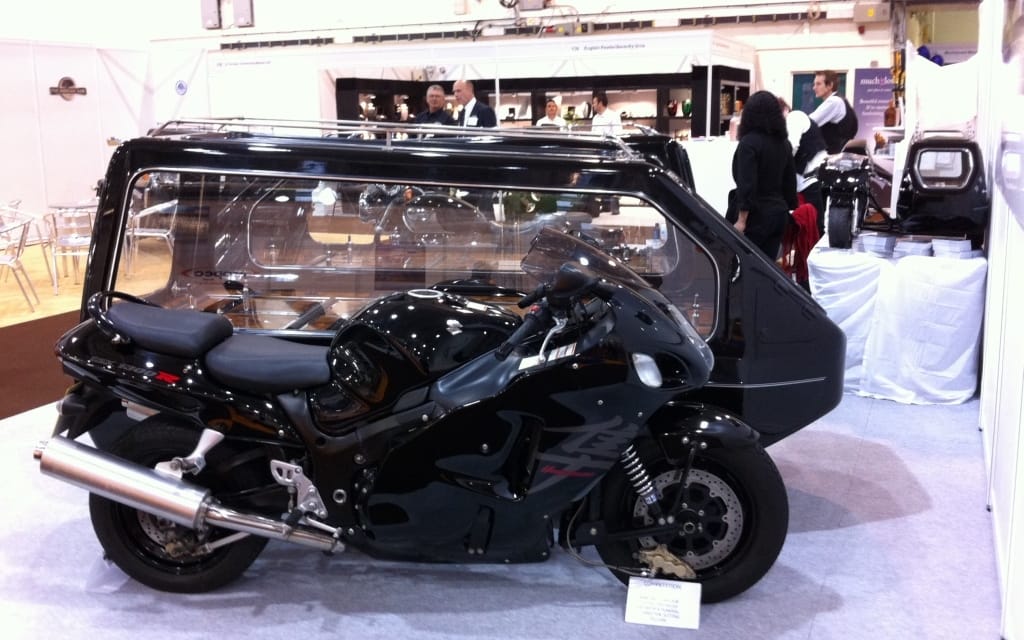 Paul Sinclair, a pastor who bills himself as the leading expert on motorcycle funerals, reported on his website that he has achieved a new world record on a Suzuki Hyabusa fitted with a hearse sidecar, shattering the old world record with a  117.6 mph pass over a two-mile run. The record was set in Elvington, England last week, a hotbed of fast-hearse motorcycle competition.

Sinclair claims that the runs were correctly scrutinized to FIM standards and the evidence of the record-breaking run has been submitted to Guinness for verification.

Reverend Paul Biddis of Bradford, England was the previous holder of the record with a converted Triumph Rocket 3. Biddis recorded a top speed of 114.1 mph on his trike-cum-hearse in 2011.

Little in the way of explanation is offered by Sinclair as to the need for the run, other than “to test [the motorcycle’s] high-speed stability.”