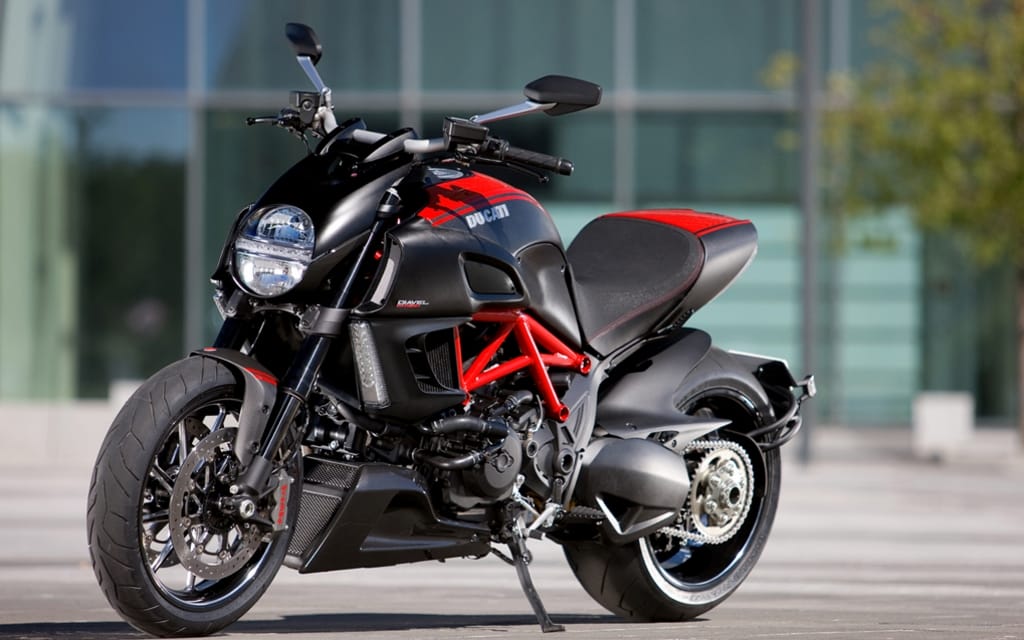 Ducati North America today announced 2011 motorcycle sales growth of 43 percent compared to 2010 and a record market share in all of it’s territories: US, Canada and Mexico. This result, says Ducati, established North America as its number one market for the first time in company history.

Ducati says its growth was fueled by expanding its line-up with bikes such as the Diavel and Multistrada 1200. Voted “Best Cruiser of 2011” by several motorcycle magazines, the Diavel attracted new customers to the brand, says Ducati, and the Multistrada, voted “Best Open Street Bike” by Cycle World for the second year in a row, also continued to be a very successful model for the Italian firm.

“Growth in the North American market is a top priority for Ducati. North America’s outstanding performance significantly contributed to Ducati’s global success in 2011, which has been a record year for us in terms of global sales, market share and profitability,” said Cristiano Silei, Chief Executive Officer of Ducati North America. “This year the company made substantial investments in new product, key personnel and in the strength of our distribution network. These elements, combined with an array of extraordinary products, including our new Superbike, the 1199 Panigale, will continue to fuel our growth in 2012 and beyond.”

With the introduction of the 1199 Panigale and the 848EVO Corse Special Edition in 2012, Ducati says it is now refocussing its efforts on the sportbike category. Other new additions to the Ducati line-up for 2012 are the Diavel AMG, and Diavel Cromo, as well as the highly anticipated Streetfighter 848.

Cycle Canada editor Neil Graham will be at the 1199 Panigale world press launch in Abu Dhabi next month so stay tuned for his first ride report.