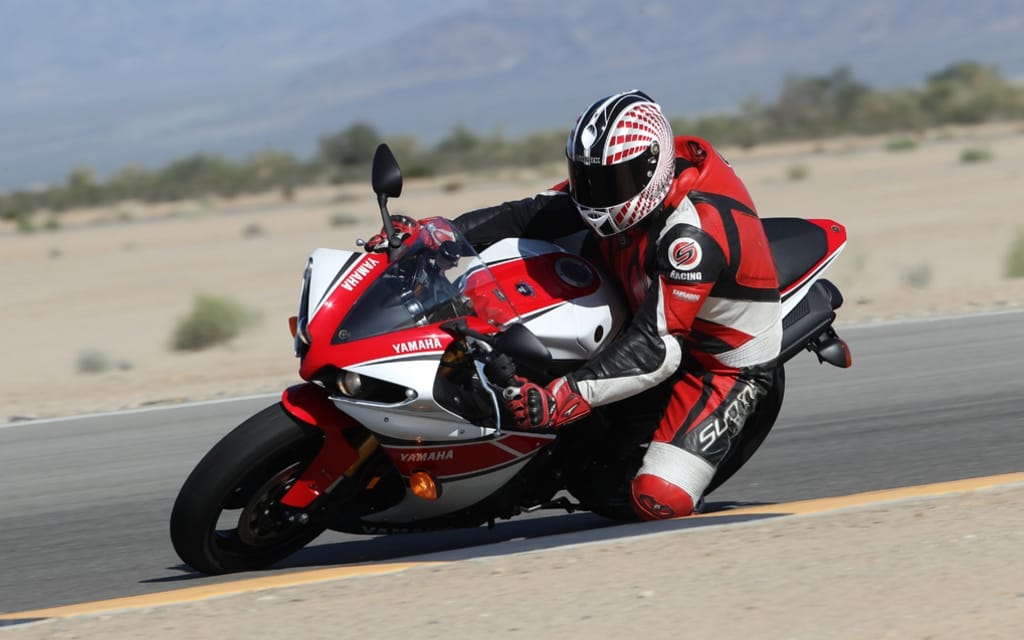 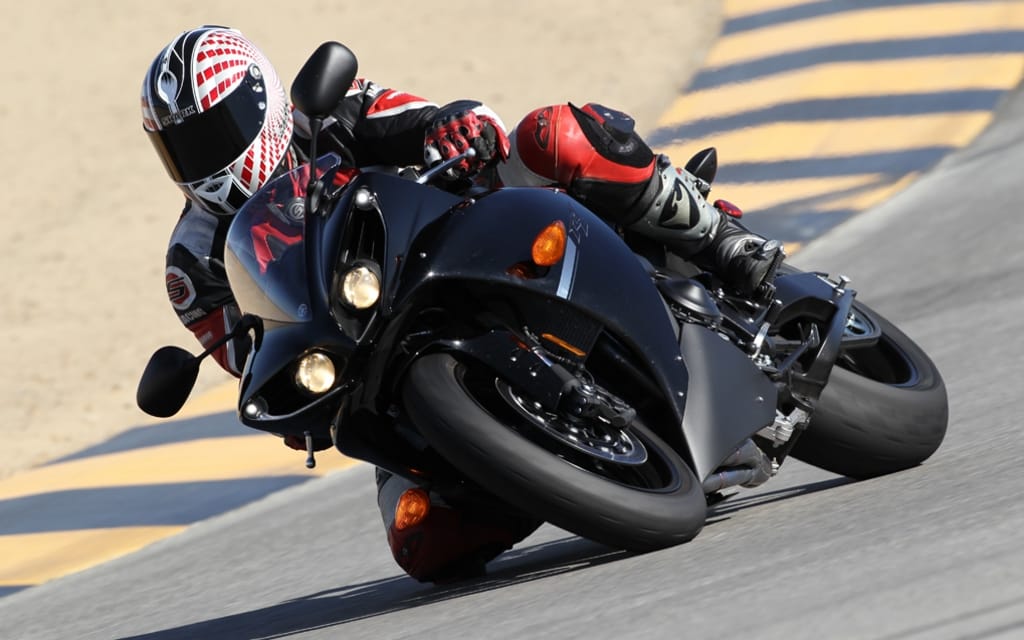 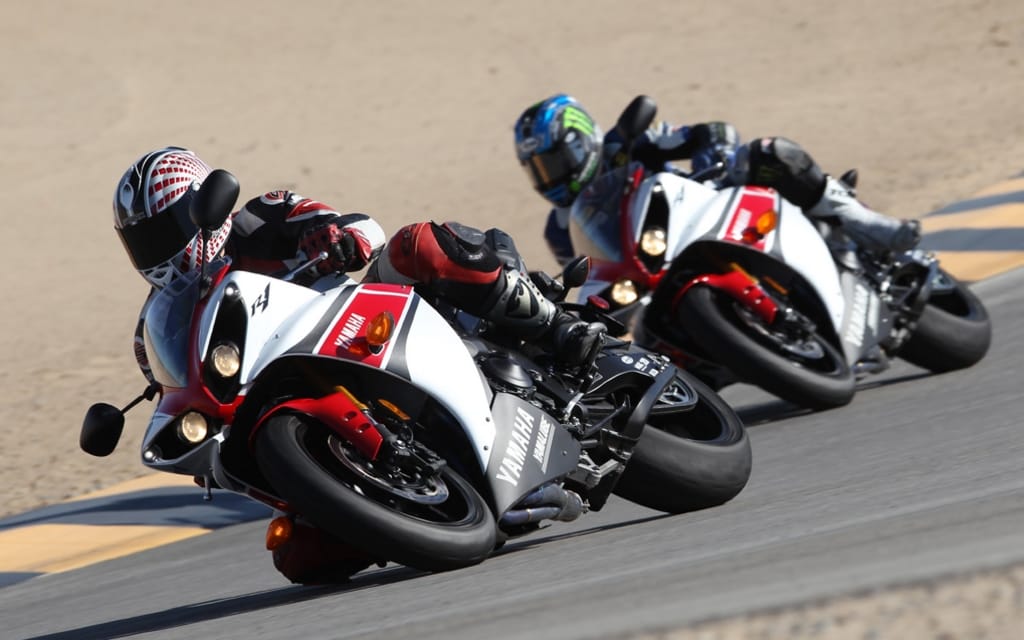 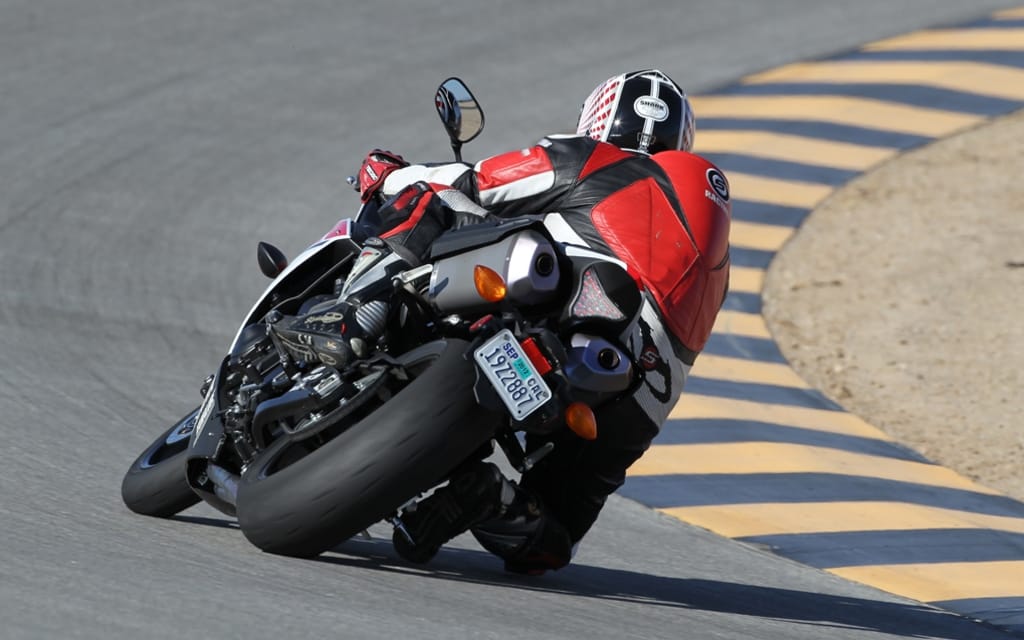 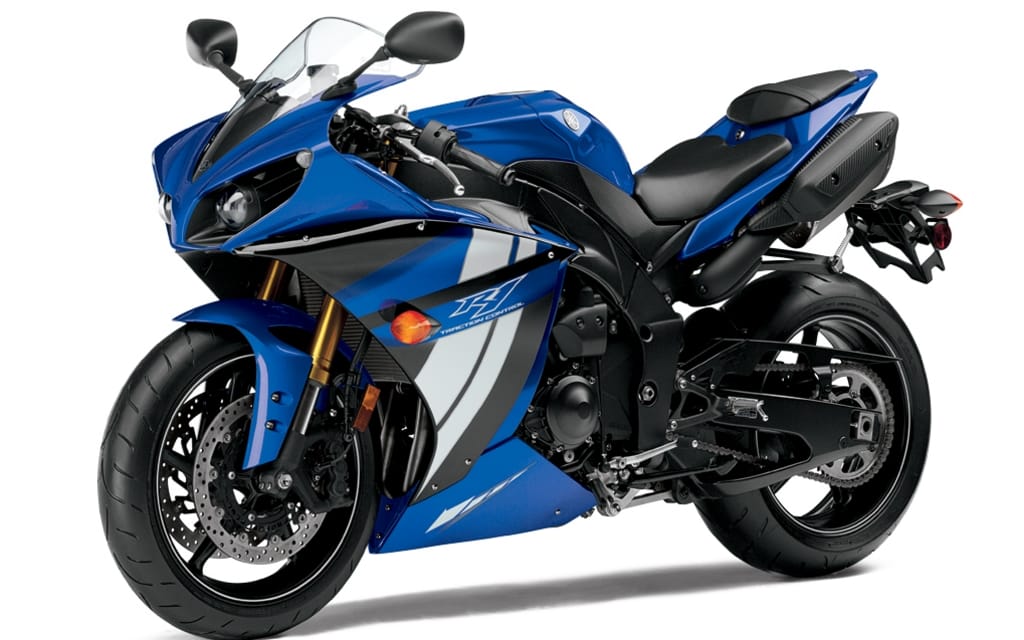 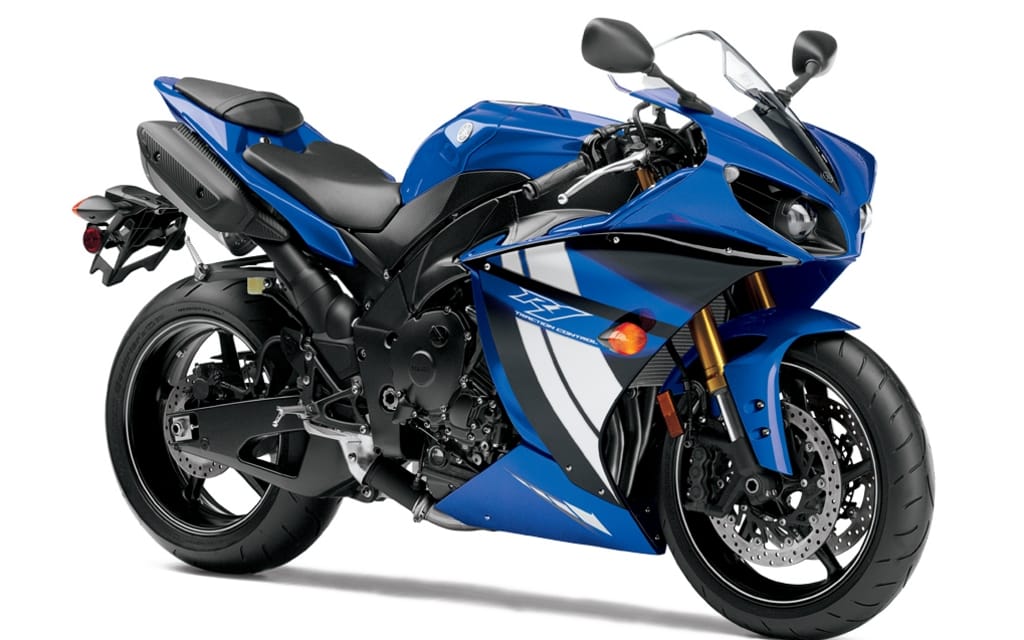 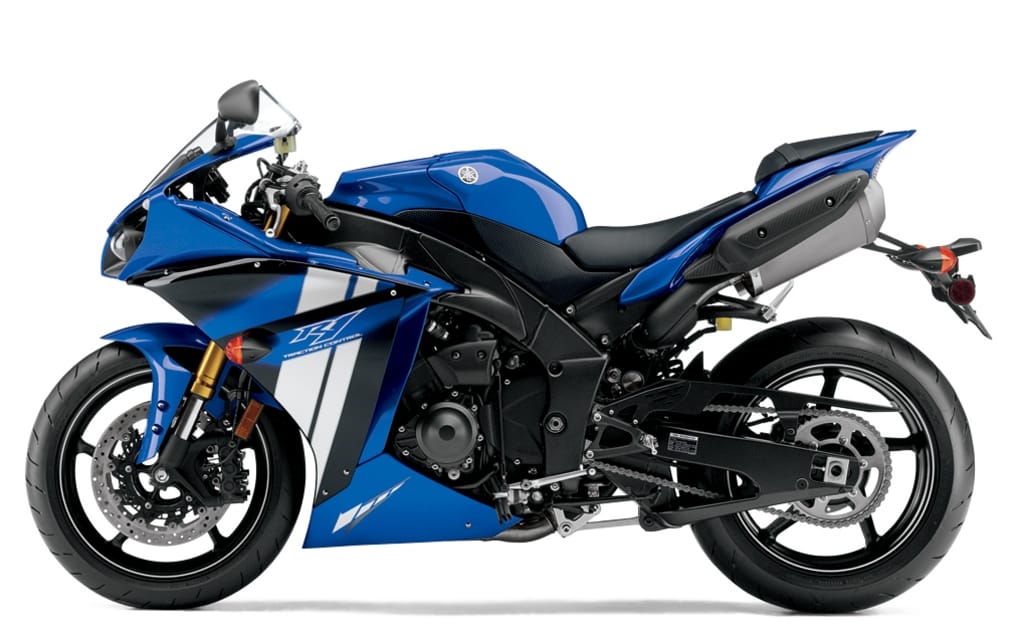 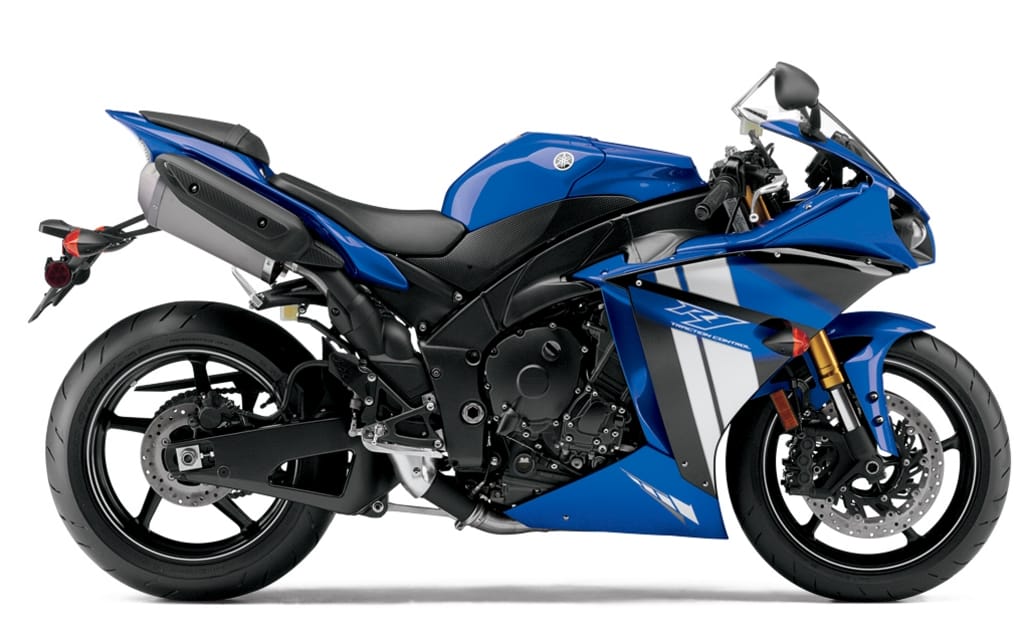 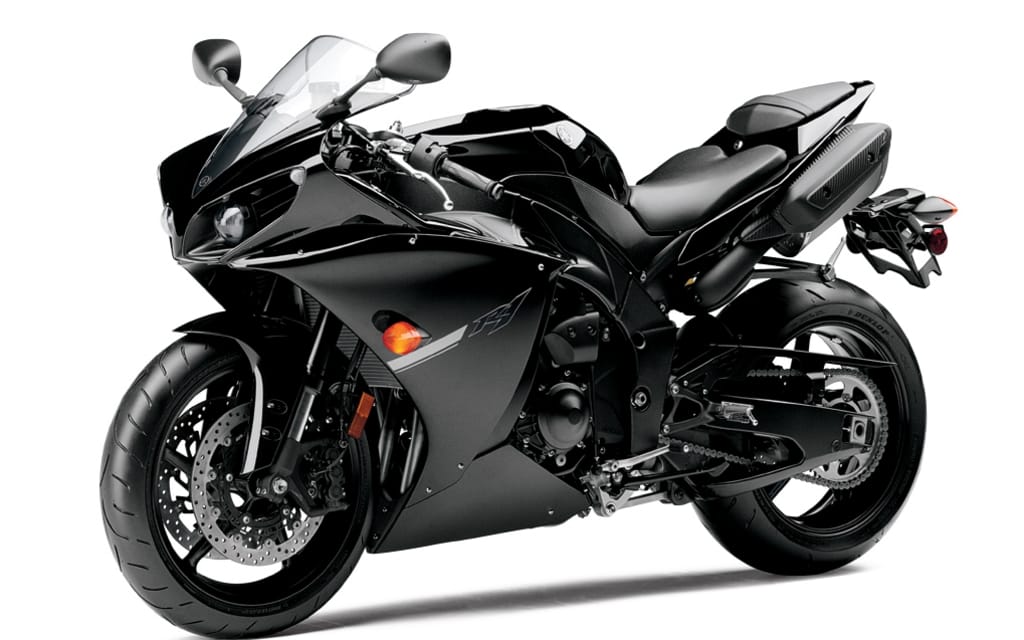 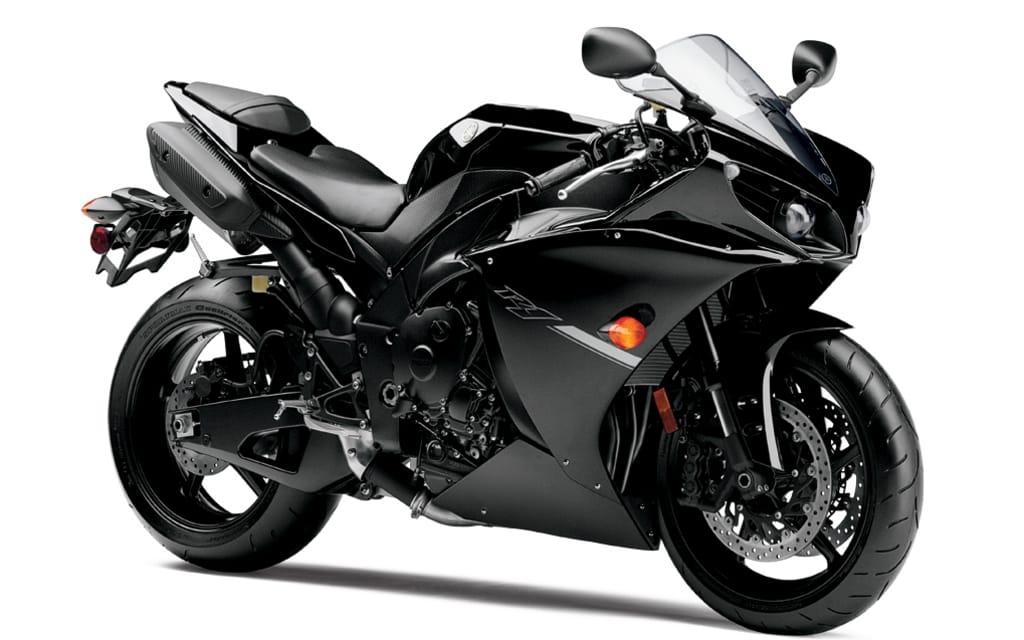 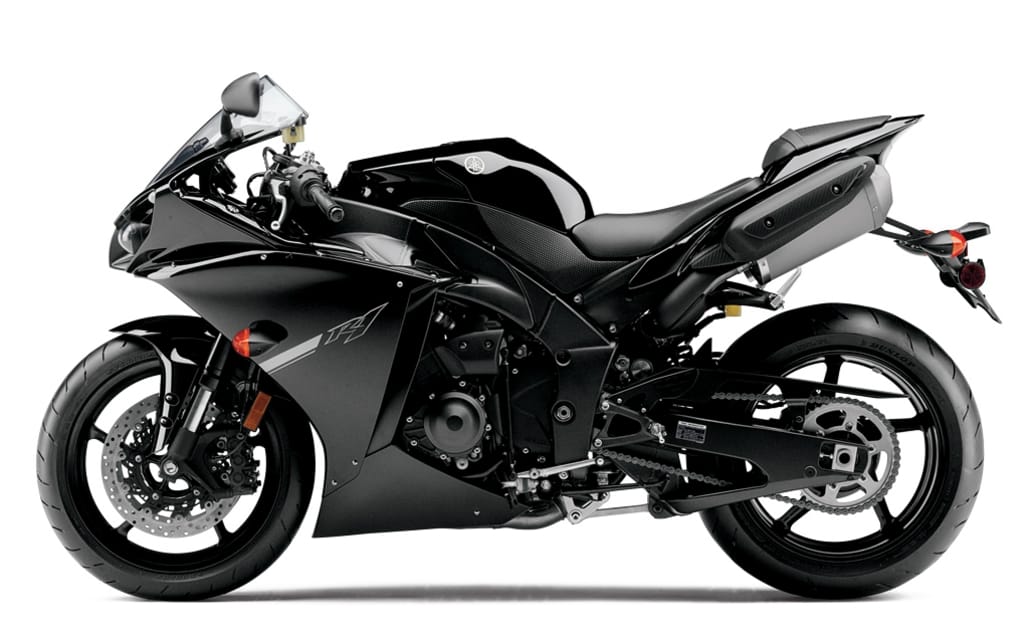 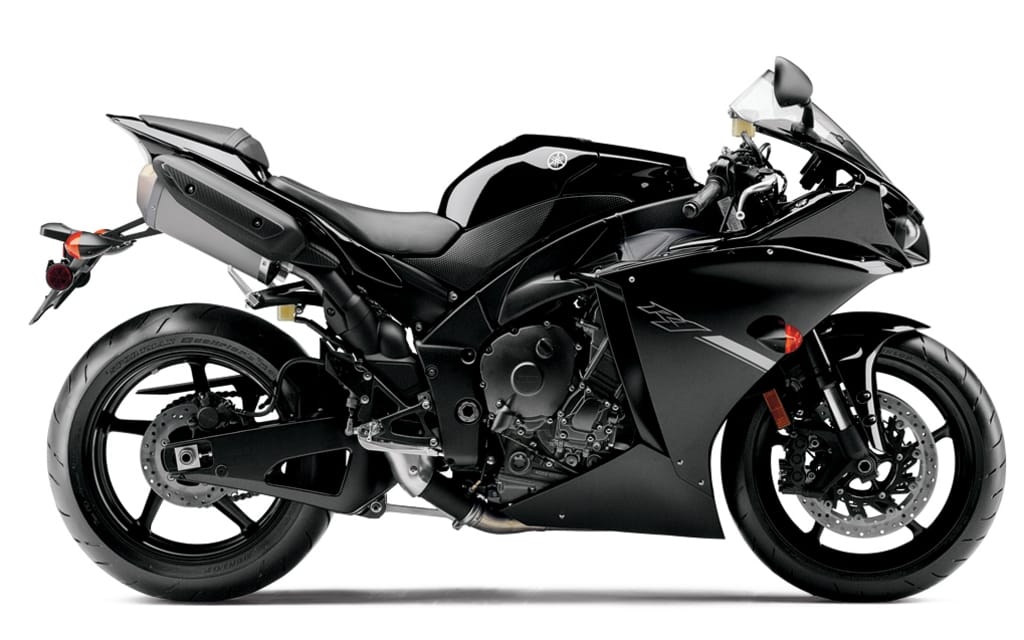 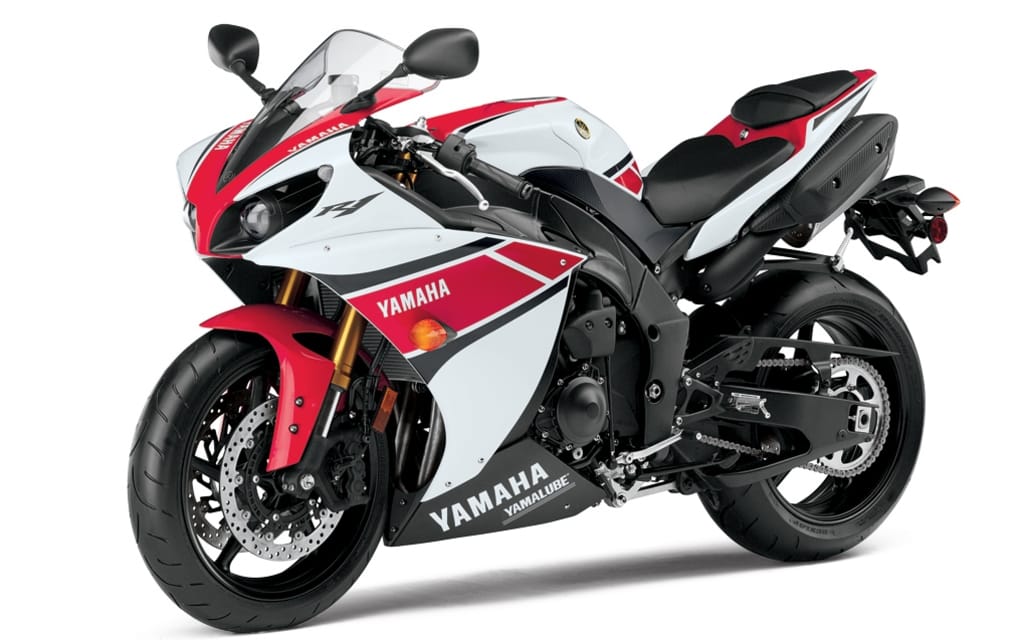 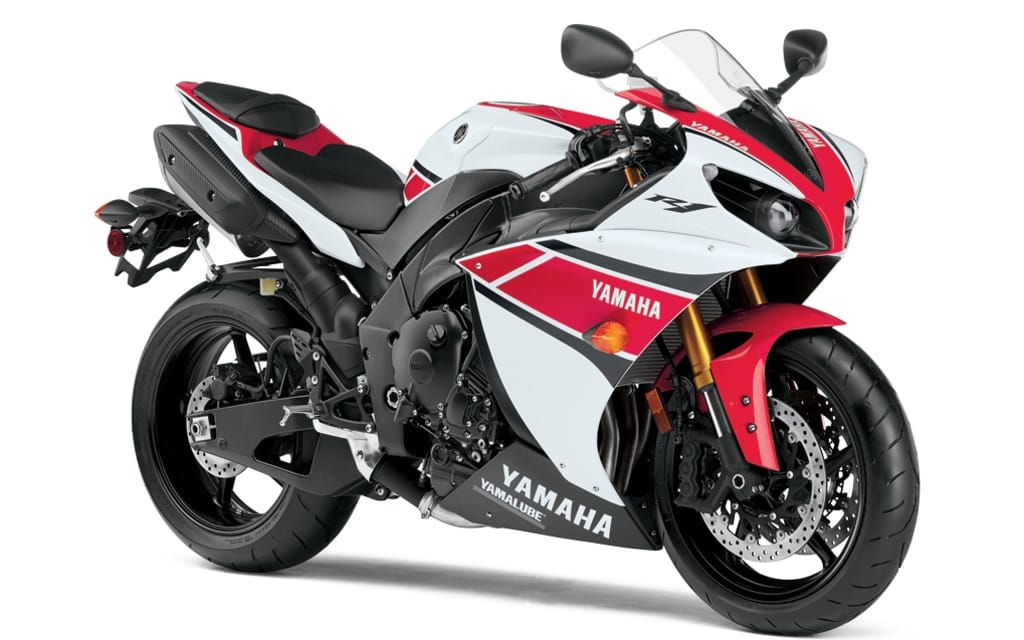 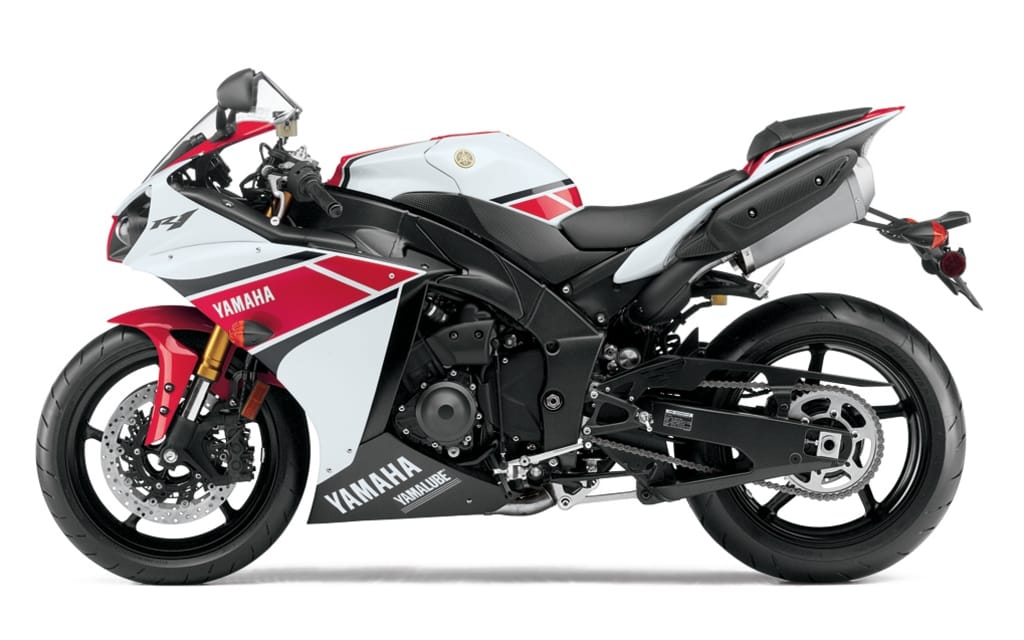 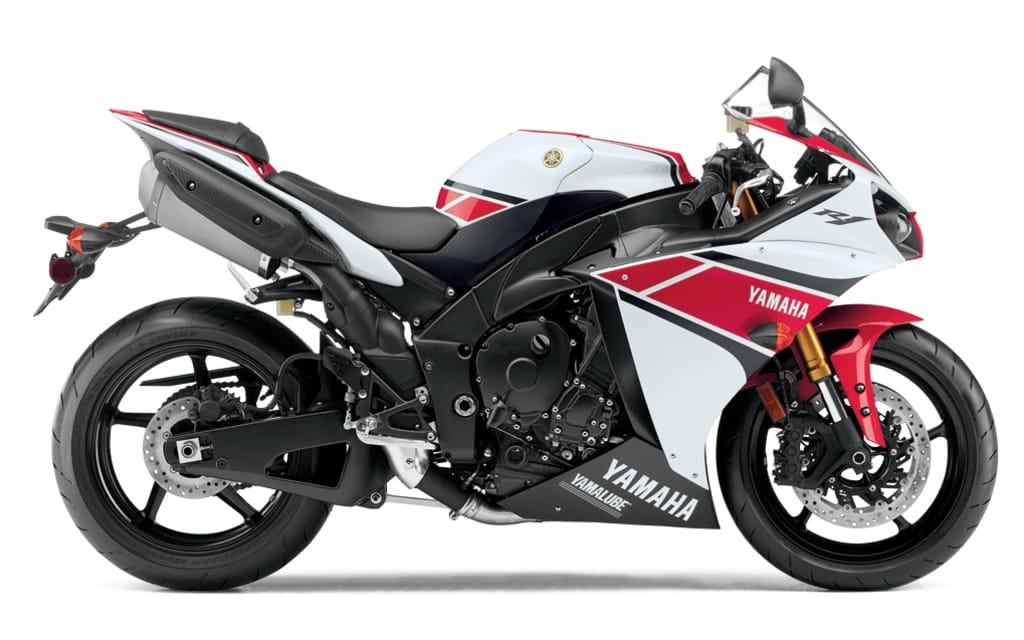 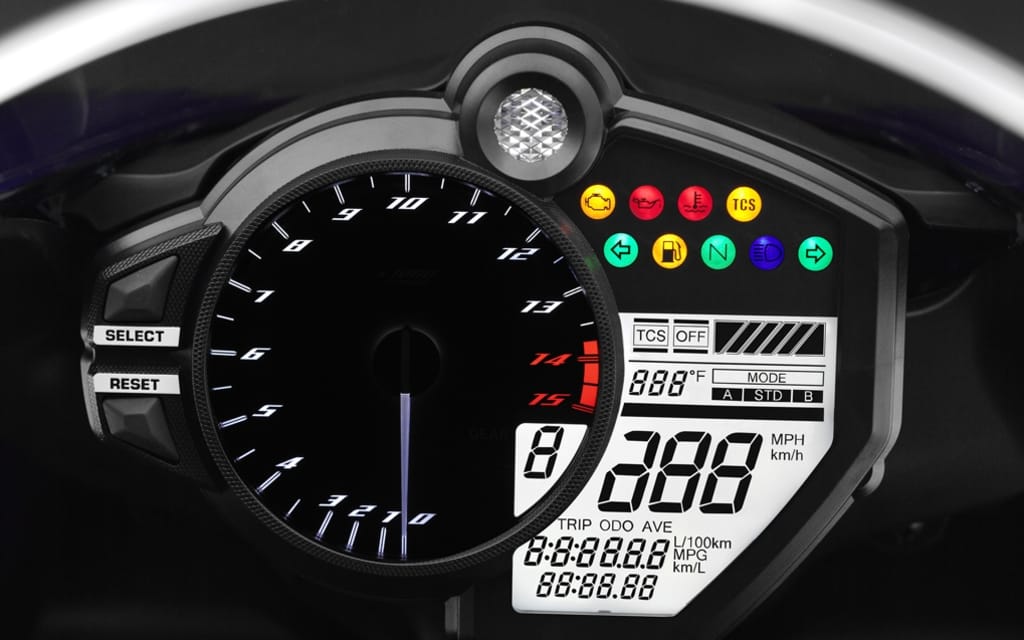 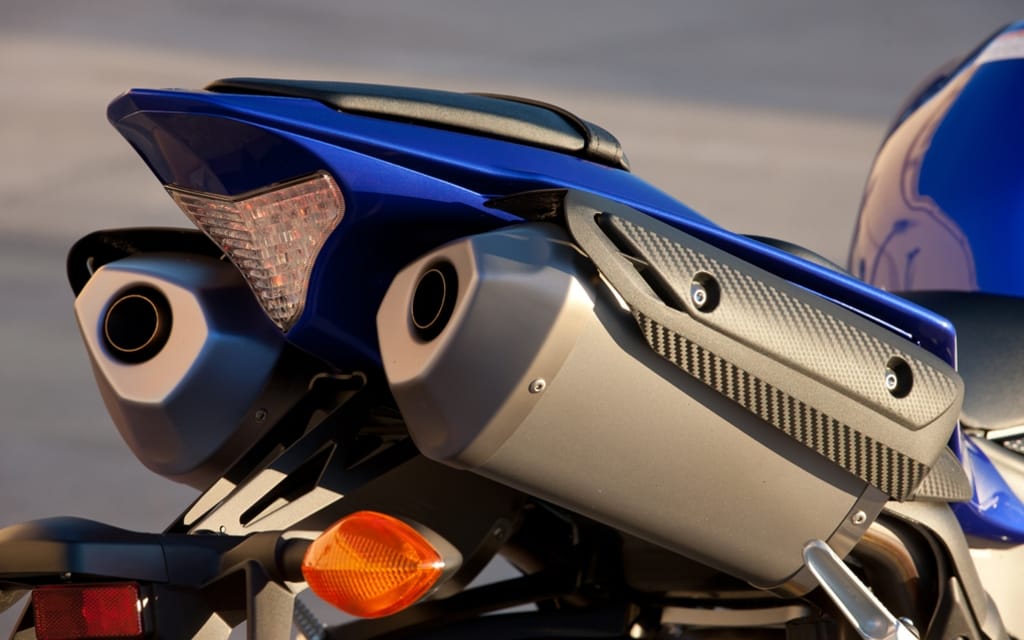 Given the engineering might of the Big Four Japanese manufacturers, it was surprising that when traction control first filtered down from the racetrack to the street it was brought to us by the Europeans. Ducati got it going with its high-priced 1098R superbike, but it was BMW who brought it to the masses with the S1000RR two seasons ago. The writing was on the wall: either join the traction-control revolution or be left behind.

Yamaha’s version of traction control hits showrooms this year on the R1. Yamaha boasts that its crossplane crankshaft-equipped machine has the torque of a twin-cylinder superbike (read: Ducati) but runs to redline with the vigour of a four. The results back up the claim: Yamaha won the 2009 World Superbike title along with the last two AMA championships. (The R1 also has a beguiling exhaust note that — unsurprisingly — sounds a little like a twin and a little like a four.)

The first day of our two-day press launch ride was along canyon roads and through the desert outside Palm Springs, California. The views were spectacular and the Yamaha was considerably plusher over bumps and potholes than I remembered, perhaps as a result of Yamaha fitting a shock spring that’s firmer at the beginning of its stroke but softer as it compresses. The bike’s low-end power is impressive, though in street use it seemed a little soft on top. And despite the exhaust having redesigned heat shields, stop-and-go traffic still warmed the buttocks and legs.

There was also a yellow light on the dashboard that occasionally blinked. That was the traction control system letting me know that it was keeping an electronic eye on things.

Matter-of-factly called the Traction Control System (TCS), it has 21 settings (seven traction control settings multiplied by three different drive mode settings). The amount of intervention increases as the traction control setting rises (off, plus six levels of intervention). Each TCS level (controlled by a toggle switch on the left switchblock inboard of the high/low beam control) can be chosen in each of the three available Drive Modes (D-Mode) settings: A, B, and Standard.

Drive Mode settings are changed by thumbing a button just above the starter. By controlling the drive-by-wire throttle, setting A allows 30 percent quicker twistgrip response up to 50 percent throttle opening. B mode gives 30 percent slower response all the way up to full throttle. Standard, as you’ve likely guessed, is right in the middle between positions A and B, and is recommended for general street use.

TCS monitors front and rear wheel speeds, RPM, throttle position, and gear selection. When wheel spin is detected, the ECU, in turn, has the ability to alter the butterfly position on the intake stacks, the amount of fuel sent to the injectors, and the ignition timing. To let you know that what you’ve paid for is working, a bright light on the dash flashes when TCS is working its magic.

Traction control and D-Mode settings can be altered on the fly, though closing the throttle is required to engage the new setting. (Turning the system off, however, requires coming to a full stop. I’ll bet the lawyers had something to do with that.)

R1 project leader Shin Yokomizo, through a thick Japanese accent, made it clear that traction control was both time consuming and costly to develop. I also learned that changing the rear sprocket by more than two teeth (or the countershaft by more than one) would put the TCS into fault mode and disable its function. If you want to access the full range of sprockets that a racer requires, it’s necessary to spring for the Genuine Yamaha Technology Racing (GYTR) kit ECU.

The second day of the test was at Chuckwalla Raceway. Mike Ulrich of Yamaha’s testing department suggested Standard D-Mode and the maximum TCS intervention level of six for my first session, which was spent learning the track. I couldn’t help but notice the yellow light blinking intermittently at mid-corner and more insistently during the drive out of corners. A slightly sluggish feeling from the R1 was the only feedback the machine gave that TCS was working. At level two the TCS indicator light still flashed, but getting it to light up had become a challenge. The tire could be felt to squirm on the drive out of corners but the ability to break the tire loose to square a corner was limited. Mid-corner “blink” had stopped, and trying harder seemed unwise. I was anxious to sample drive mode A, but was surprised at what happened — or what did not happen.

There was no notable increase in power, frequency of TCS indicator light blinking, or change in either rear wheel slides or mid-corner drifts. At racetrack speeds in dry weather, the TCS level chosen seemingly has a greater impact on machine feedback than does the D-Mode level chosen.

The racetrack designer and owner was there to find out how we liked the track and to let us know that he was adding a higher speed section to better suit tests like ours. While Chuckwalla Raceway is nicely laid out, with blind corners and numerous elevation changes, it was hard to use more than second, third and fourth gears. It was a track more suited to a 600, truthfully, though the R1 acquitted itself well and handled the quick transition sections with aplomb.

Current AMA Superbike champ Josh Hayes made a surprise appearance and was on track during my final ride of the day. He was generous enough to let me hang in his draft and watching him slide his rear tire into corner after corner was exhilarating.

It is said that traction control needs to feel natural to be good. Yamaha’s TCS applies nearly inconspicuous (to the rider) power reduction that allows the racetrack rider to focus on the task at hand. On the road, it tames what is otherwise a fairly aggressive machine and adds a welcome level of insurance against imprudent throttle operation. And who among us hasn’t needed a little help every now and then?