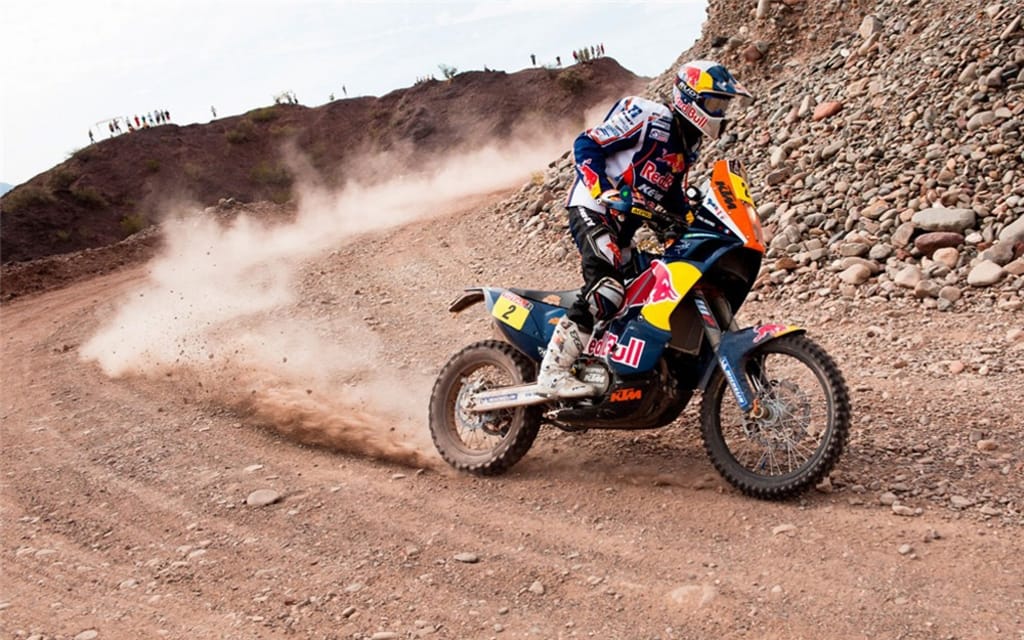 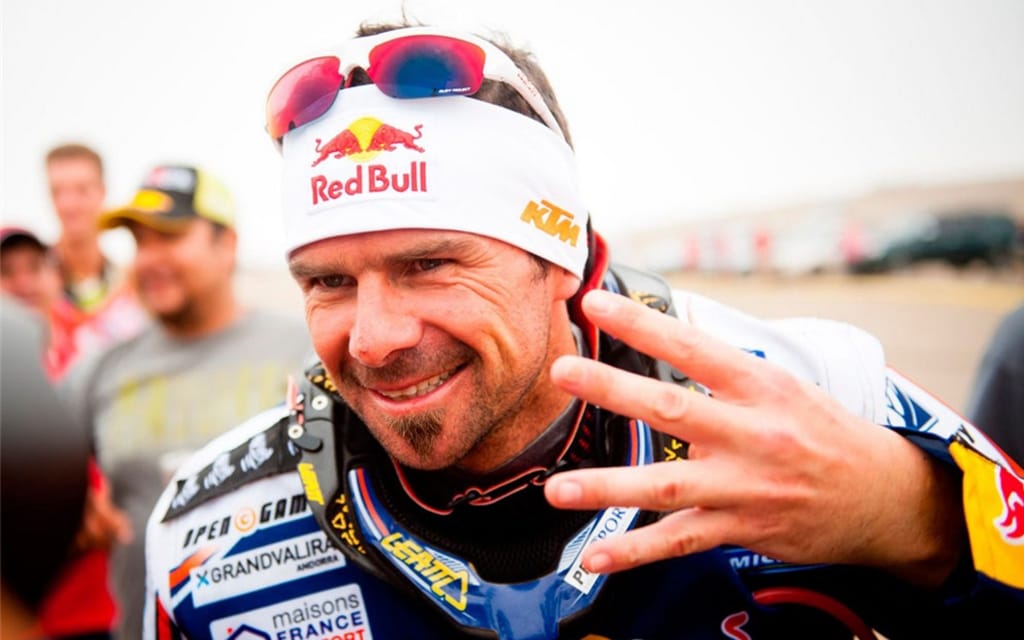 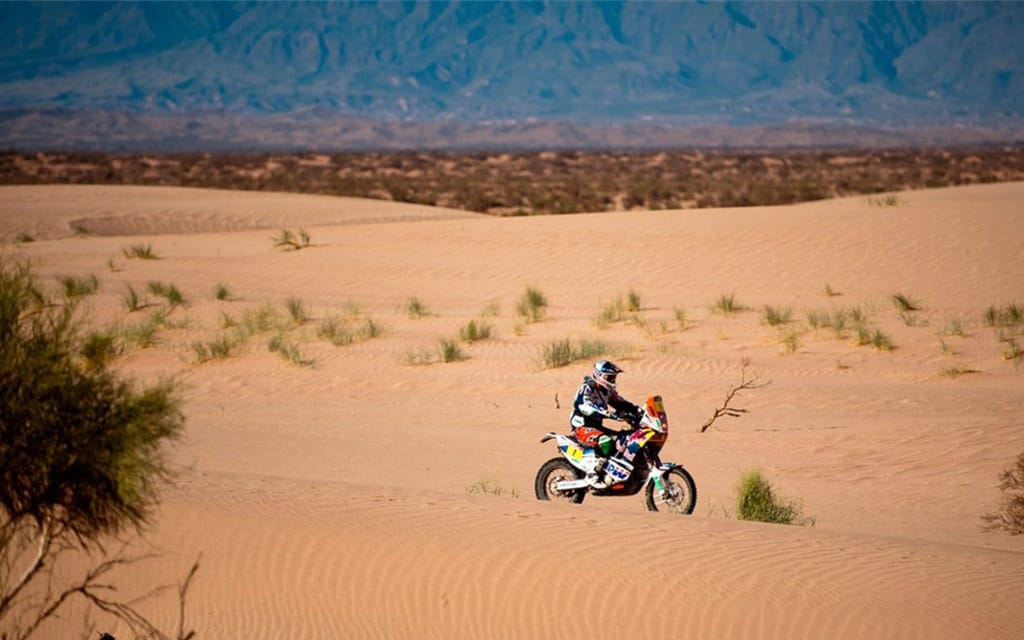 Frenchman Cyril Despres won the Dakar Rally for the fourth time in his career on Sunday.

Despres, who also won the event in 2005, 2007 and 2010, took the victory by 53m 20s over his KTM team-mate Marc Coma (last year’s winner). The pair fought an incredibly close battle over the punishing 8,391km route — through Argentina, Chile and ending in Peru — until the penultimate stage on Saturday where Coma incurred a devastating time penalty for making a second engine change. Until that point the pair were only separated by minutes.

“Today we won and it’s simply fantastic, this is without a shadow of a doubt the toughest Dakar I’ve ever raced in,” said Despres after the gruelling 14 stage race. “It was difficult physically, but even more psychologically. Challenging yourself every morning and fighting on the course takes its toll on your mind.”

“It’s not like a 42-kilometre marathon; here, you have to earn your place every morning. All victories are beautiful, but this one is special because it came down to the wire and was decided at the last minute. This was an unimaginable scenario, with the leaders separated by mere seconds. I’ve done 90 or 85 rallies throughout my life, and this one was the one where I had to fight the hardest. Today will leave its mark on me.”

For a summary of motorcycle highlights from the entire 2012 Dakar Rally, check out the video below.