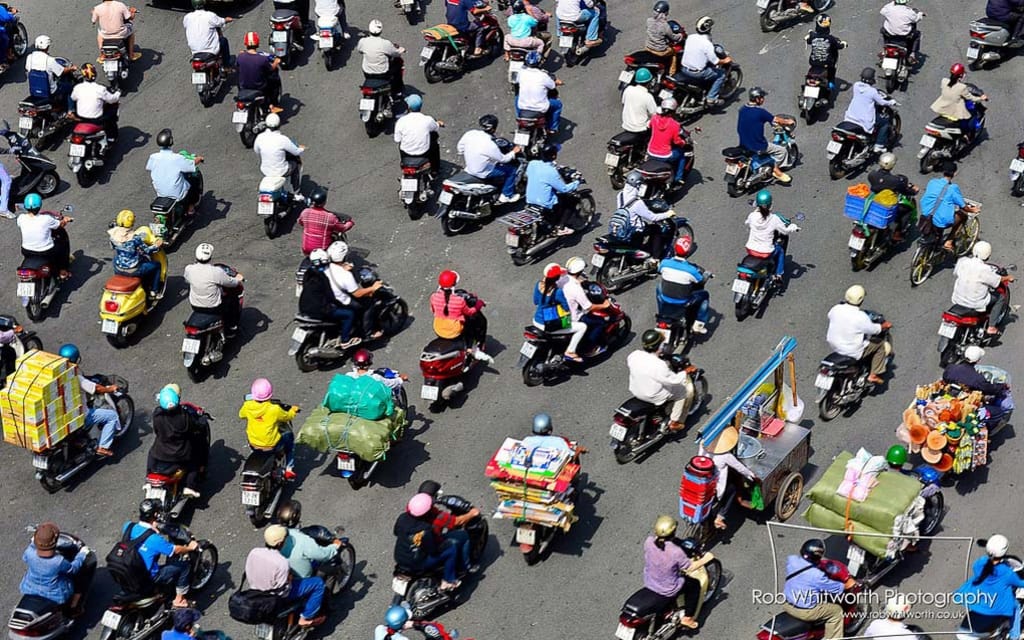 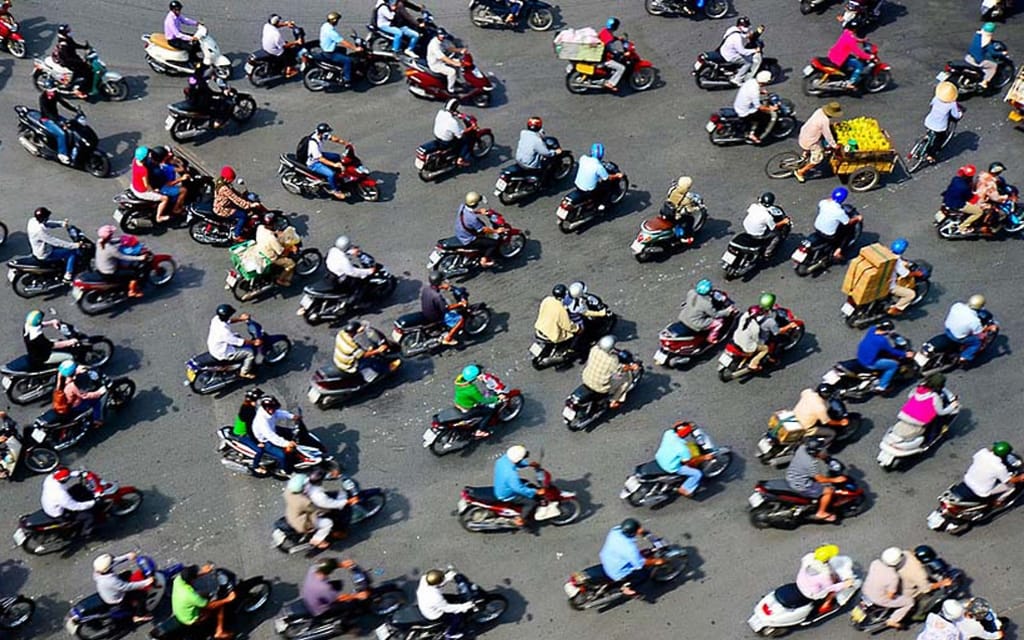 Video: In Ho Chi Minh City the Motorcycle is King

A friend of ours who toured Vietnam by motorcycle last year told us that motorcyle/scooter traffic in Ho Chi Minh City (Saigon) was so dense that he could easily tell the time by reading the watch of the rider beside him — controlled chaos is how he described the way people ride there.

Never having been to Vietnam, what our friend was describing was hard for us to imagine, that is until British photographer Rob Whitworth recently released a time-lapse video (below) which perfectly captures the density and chaotic nature of Ho Chi Minh City traffic. A motorcyclist himself, Whitworth loves riding there. “Ho Chi Minh City is the only city I have ever been to where I can cross several districts and park in a sensible amount of time,” says Whitworth. “I’m a natural biker at heart so I love being in a country where the motorbike is king.”