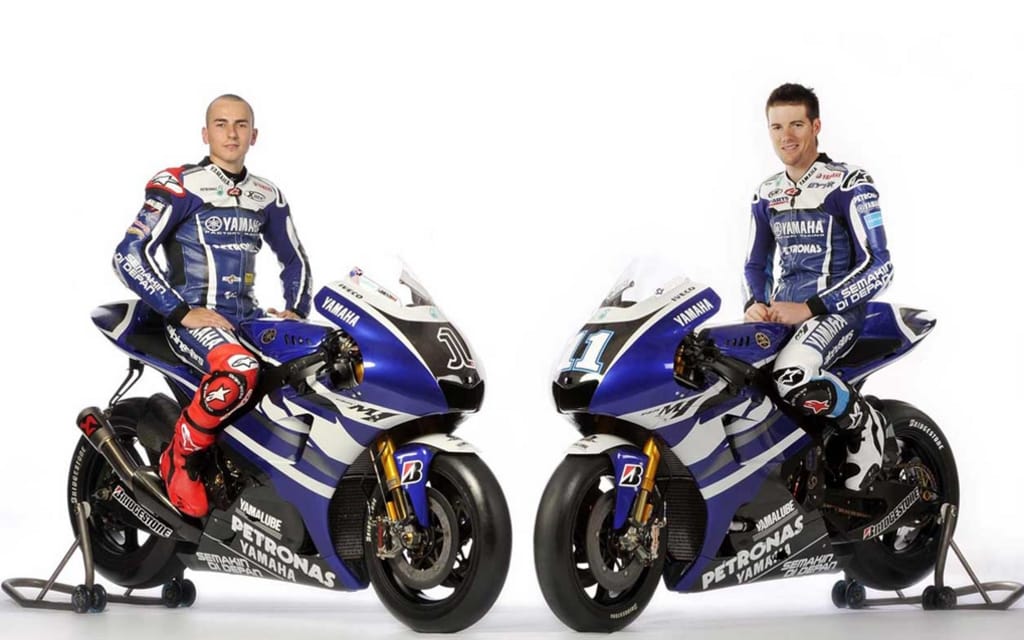 After losing its title sponsor Fiat last year, Yamaha’s Factory MotoGP team was dealt another financial blow today when Indonesian and Malaysian petroleum giant Petronas announced jointly with Yamaha that it will not be renewing its sponsorship of the team in 2012. Petronas’ three-year partnership with Yamaha, that included two consecutive world championship titles (Valentino Rossi in 2009 and Jorge Lorenzo in 2010) has reached its “natural conclusion,” said Lin Jarvis, Managing Director of Yamaha Motor Racing.

“I would like to thank our friends at Petronas for the support during their time with us and wish them well for the future,” added Jarvis.

Mohammad Medan Abdullah, Senior General Manager of Petronas Group Corporate Affairs Division: “We are happy to have had this opportunity to work with the Yamaha Factory Racing team over the past three years. In that time, we have enjoyed the benefits of strong brand exposure through the privilege of being associated with a team that shares our values and passion. The team has achieved many successes through a high level of competitiveness and stretched performance standards and we wish the team continued success in the future”.

This is a heavy blow to Yamaha’s MotoGP effort. Should the team not find another sponsor in time for the 2012 season, the Japanese manufacturer would be on the hook for the majority of its racing costs. And with the global economy still in shambles (and worsening in Europe), Yamaha may soon find itself having trouble financing their MotoGP team — not to mention keeping Jorge Lorenzo and Ben Spies or hiring other top riders when contract renewals start next season.