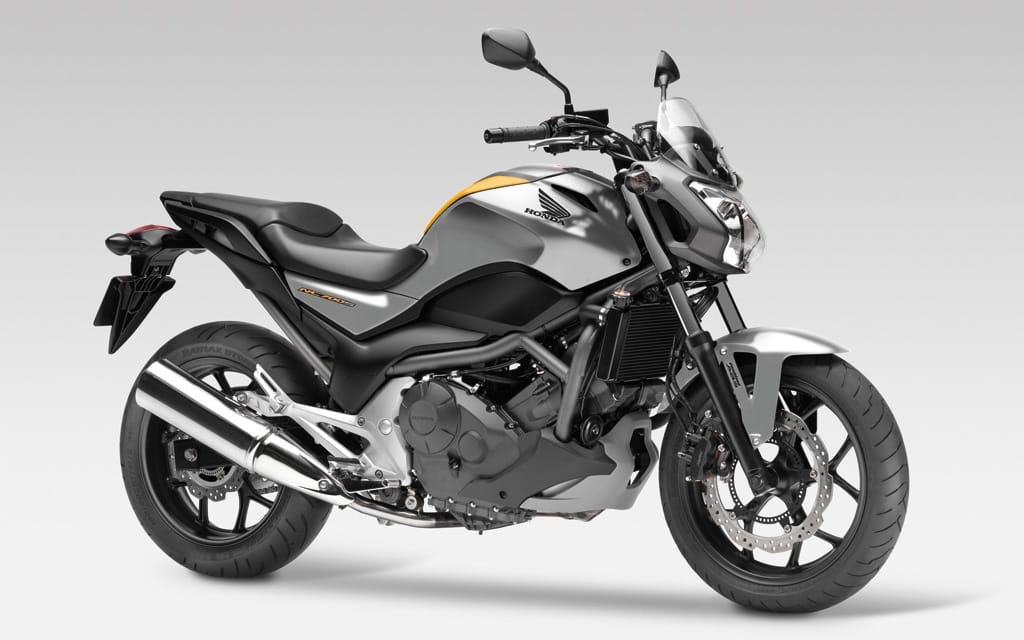 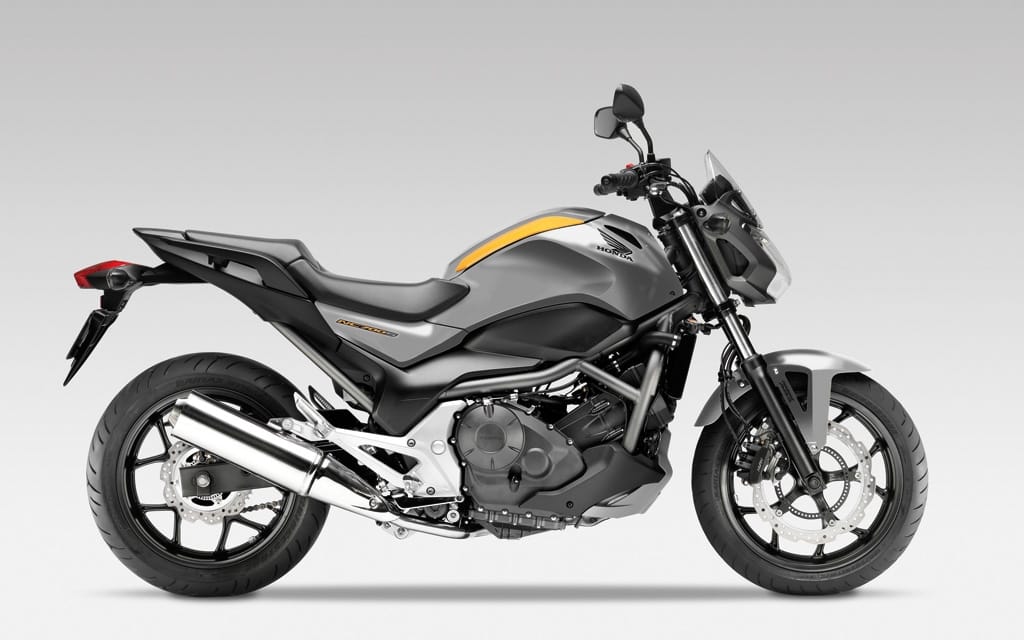 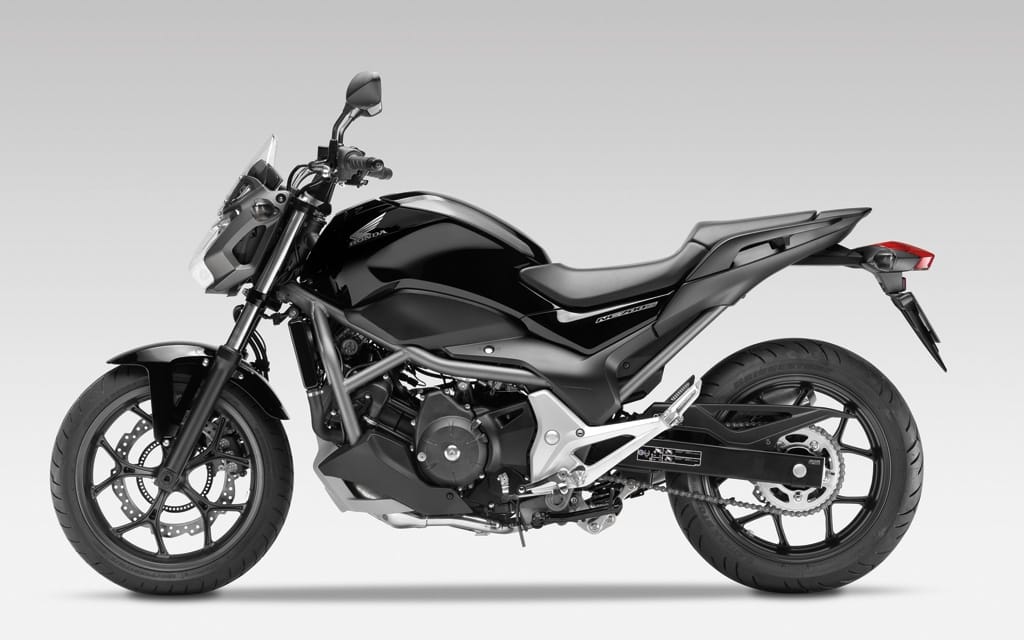 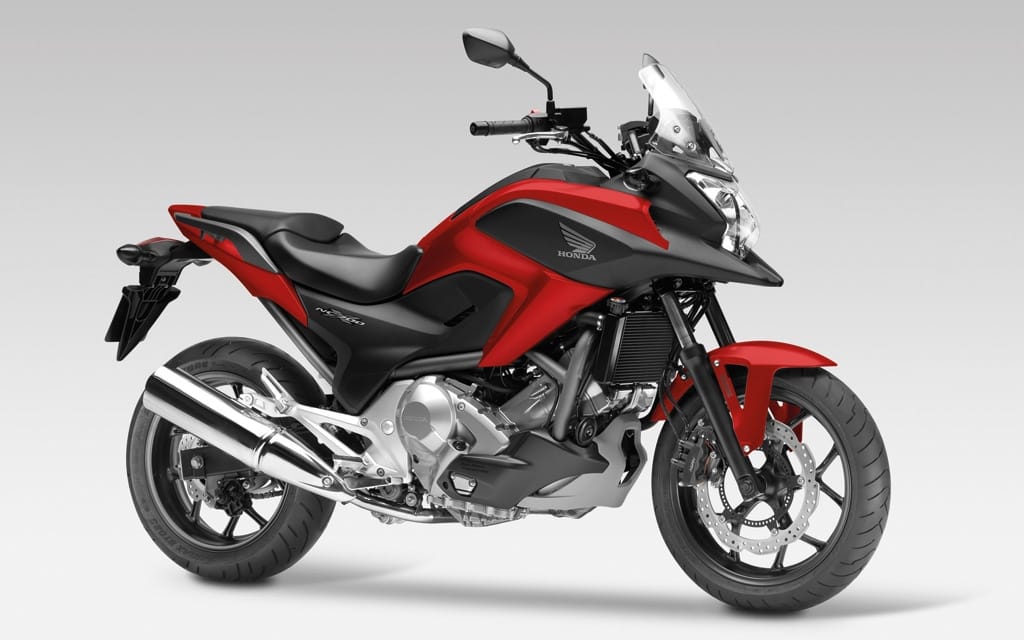 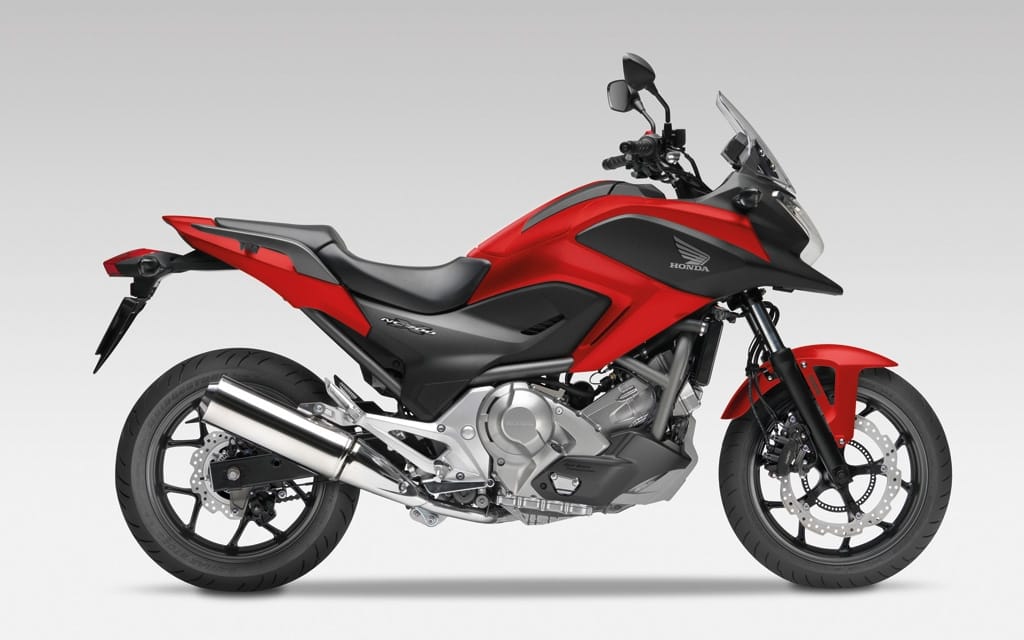 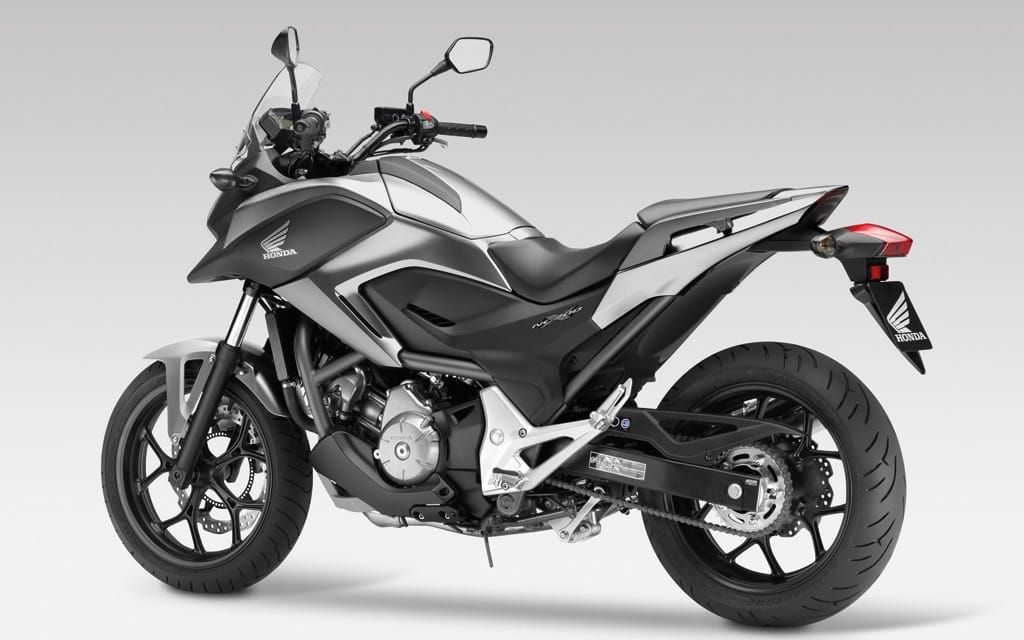 Though not yet confirmed for the U.S. market, Honda has announced that its all-new NC700S middleweight standard will be available in Canada in 2012. Powered by a 670cc parallel twin motor claiming a modest 47hp and 44 lbs-ft of torque, the NC700S is designed to be a fun, user-friendly, fuel efficient commuter, says Honda. Fitted with a 14.1 litre tank and claiming 28 km per litre fuel economy, the NC700S boasts a range of nearly 400 km between fill-ups. The bike’s gas tank is under the seat, by the way. The hump in front of the seat, where you’d usually find the tank, is a storage compartment with enough space for a helmet.

There’s also an adventure touring-styled variant of Honda’s “New Concept Fun Naked” available, called the NC700X, which features taller suspension and off-roading(ish) looks. And both models share the same motor, frame and wheels with Honda’s new Integra maxi-scooter. The Integra though, will not be coming to Canada.

Combined ABS is available as an option on both NC700’s — the right side pedal operates both front and rear brakes while the handlebar lever activates just the front brake — but Honda’s 2nd generation dual clutch transmission, optional for both models in Europe, won’t be available in Canada.

Honda Canada has confirmed that NC700X will be on display Toronto Motorcycle Show, December 9 − 11,  at which time it’s expected that pricing will also be announced.