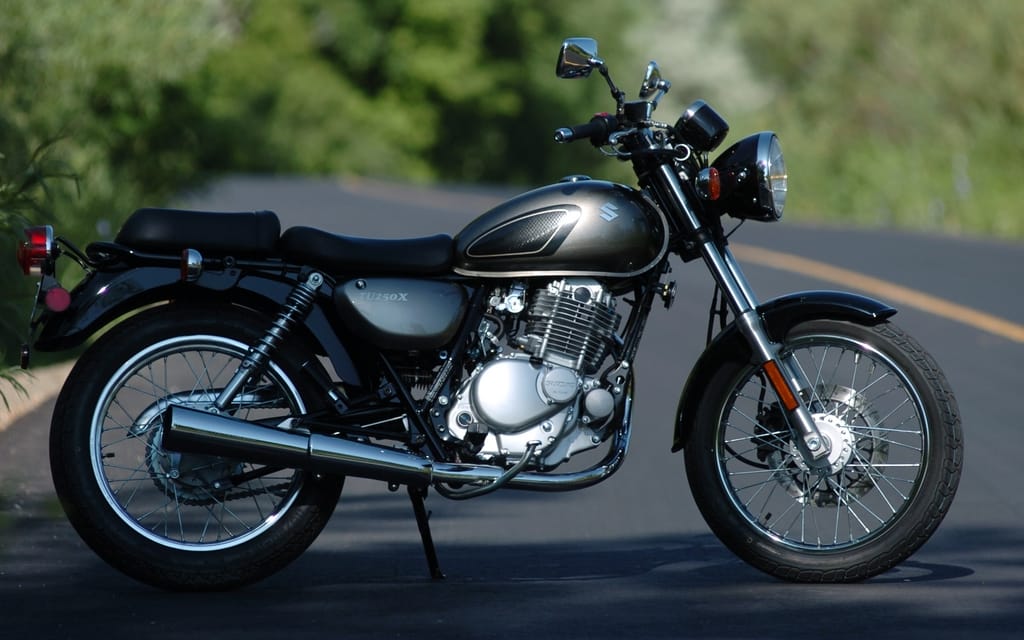 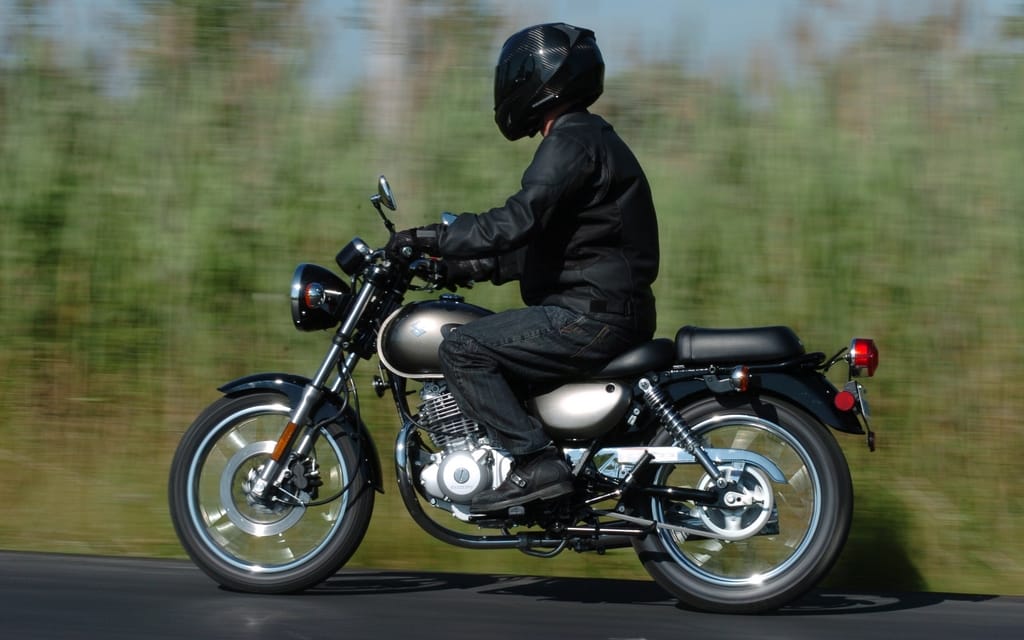 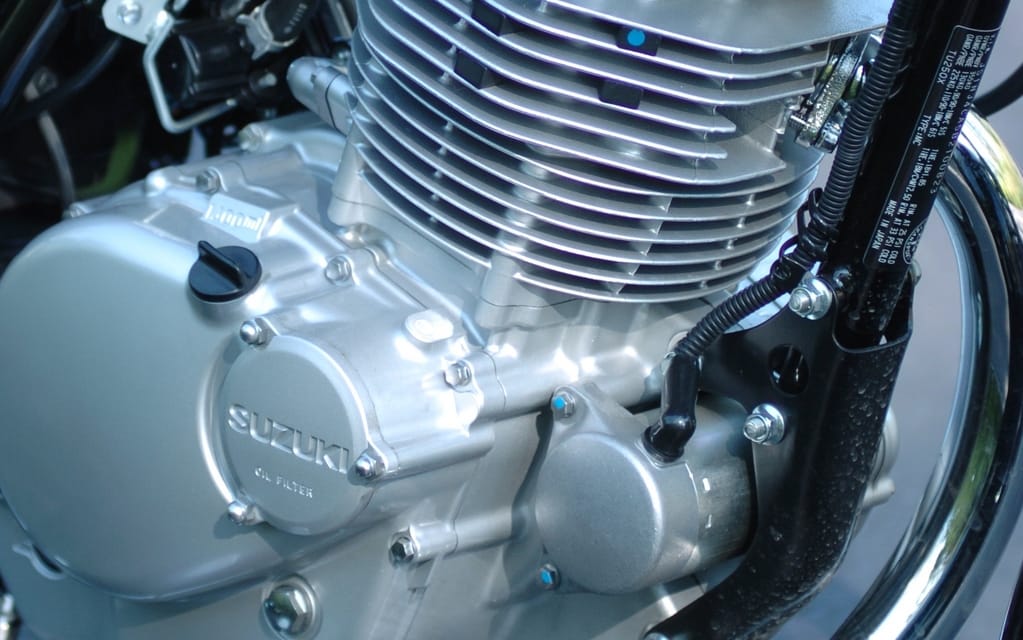 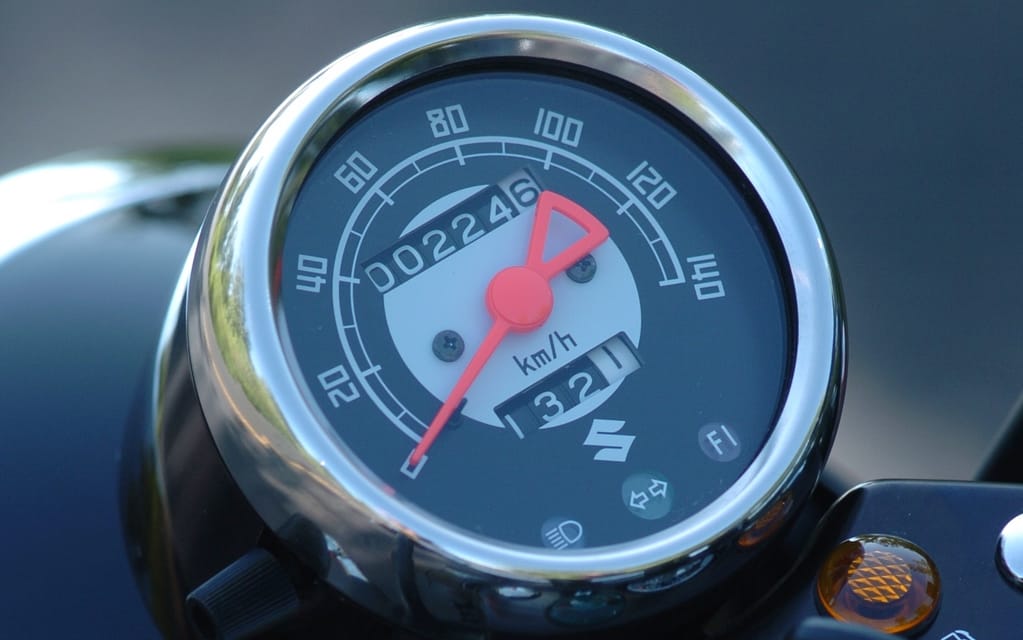 In some neighbourhoods of Toronto, if you don’t have a parking permit on your motorcycle, you can’t leave it overnight on the street. They’ll give you a ticket worth $30 just for displaying your permit improperly (by attaching it to a helmet lock instead of a handlebar, for instance), so imagine what they’ll fine you for actually parking where you can’t. That’s right, $30 — which proves that Toronto’s parking bureaucracy has no sense of humour and little imagination. You don’t want to mess with them.

Parking permits for motorcycles are free, but you need to prove that you own the bike for which you’re seeking a permit, and that gets tricky when you don’t actually own the bike. For example, if you work at a motorcycle magazine and regularly acquire motorcycles from manufacturers’ “press fleets.” The people who give out parking permits are good at spotting hand-faked ownership papers, so in this case, while you can ride a bike home from work, you’d better get it off the street before midnight or you’ll risk a ticket, and those things can add up over a month or two.

Nice, then, that the Suzuki TU250X is such a small, manoeuvrable, and unobtrusive motorcycle. So small and unobtrusive, in fact, that you can push it onto the kitchen table-sized lawn in front of the house for an overnight stay and not break out in a sweat, or annoy your landlord. The Suzuki TU250 is so nearly invisible that you could probably just leave it on the street anyway, and it’s so ordinary that no one would bother to steal it. It’s a plain brown paper wrapping of a bike, and there’s nothing steamy inside it.

Nevertheless, it’s a good bike. Some testers thought it was about as visually attractive as a plain brown baked potato, but to the eyes of others it is not very far away from the look of that icon of motorcycle design, the Harley Sportster, or from something like a ’60s-era Triumph Tiger. Yes, those are different motorcycles, but they possess a commonality of line, very much like the line of this bike, which flows from convex curve of fuel tank to reverse curve of the small seat, then back up to the rear fender and around the back wheel; it’s fluid and organic, unlike the edgy, synthetic line of, say, a 250 or 600 cc sport bike, but it is less muscular and a bit lazier in form than a Sportster’s. It looks more like a belly than a bicep, if you want to push the analogy — but it’s a nice belly. From some angles, in fact — viewed from a balcony overlooking that front lawn, maybe—the little Suzuki looks just right; everything (handlebar, headlight casing, tank, seat, fenders) looks designed in place, rather than cobbled together. It is, in a word, an old-fashioned motorcycle, something that could have been built in the 1960s, and its appearance fully conforms to that ideal.

So the TU250 makes a good lawn dart; how does it travel on the road? Well, not badly. Comparing this motorcycle to a 250 from the era of Trudeaumania and a six-team NHL isn’t that far off: it’s a two-valve single with a single disc front brake, a drum rear brake, and weak suspension. True, the cylinder bore’s number is about 15 percent bigger than the piston stroke’s, it has electronic ignition and it takes its gasoline by fuel injection, but you don’t want an old-school motorcycle to use only old-school technology; even Royal Enfield, that bastion of Royalist Empire motorcycle design, has updated its models with electronic fuel injection.

The TU250 starts readily and pulls away in first gear without hesitation. One nice aspect of a bike like this Suzuki is that clumsy operation of clutch and throttle are allowed; simply open the throttle a bunch and let the clutch lever out as quickly as you want, and you’ll get going. Once you’re underway, opening the throttle brings the revs up quickly in lower gears, but it’s necessary to row through the five-speed transmission all the way to fifth gear in order to keep up with traffic on Toronto’s expressways. Still, in fifth, the little Suzuki will not be left behind on highways, though it will certainly feel more at-home in the right-hand lane. Instrumentation consists of a speedometer with odometer and trip meter, so we can’t tell you at what speed the engine was operating while pursuing highway traffic; we can report that it was reasonably smooth even at its high rpm levels, however.

The TU250 feels light when you’re pushing it around, and feels light riding at parking lot speeds, too. A low seat height would extend a measure of confidence to new riders and to riders closer to five feet in height than to six. But its handlebar and footpegs are spaced far enough apart that most riders would feel comfortable — it’s smaller than a lot of other motorcycles, but it’s not out of the range of a normal motorcycle’s profile. The seating position is that of a standard, so it would be a comfortable perch for an afternoon’s ride. With no windscreen, the TU allows windblast to hammer the rider at top speed, but it’s a bike that will likely spend most of its time at 90 km/h and slower, where punishment from wind is minimal, so that’s not a real concern. At those moderate speeds, the TU feels stable, and it holds its line in a curve without effort, but its light weight contributes a nimble feeling to it as well; it’s easy to steer quickly through tight bends. If there’s a weak point (aside from the engine’s lowly output of around 20 hp) it’s the Suzuki’s braking behaviour. While the front disc and rear drum work reasonably well, the front brake lever pulses noticeably when it’s squeezed hard — possibly caused by a warped rotor.

Overall, the Suzuki TU250 works, and it’s a good motorcycle. But 30 years ago, it would have been a good motorcycle, too. In fact, with some changes, it was a good motorcycle 30 years ago, in other parts of the world. The 250’s predecessor is a single-cylinder 250 that was manufactured for general transportation duties in Asia back in the early 1980s, and in that role it served very well. But while components have been updated for this new bike, they have not been significantly improved. The Suzuki TU250X is an old-style motorcycle that’s reliable and very cheap on gas, but it is not a 21st Century Suzuki with a 1970s makeover. In fact, it’s just the opposite. What is not old-school about this motorcycle is its price: at $5,299, it’s more expensive than Honda’s 2011 CBR250R with ABS. For several hundred dollars less, the Honda brings modern styling, some sophisticated componentry, and a little more power and speed to your front lawn. And though it’s a dubious distinction, the Honda is a bike that might get stolen if you left it overnight on a Toronto street. Those are not reasons to forego the Suzuki if you know what you want, but it’s certainly reason enough to be careful about what you’re wishing for.