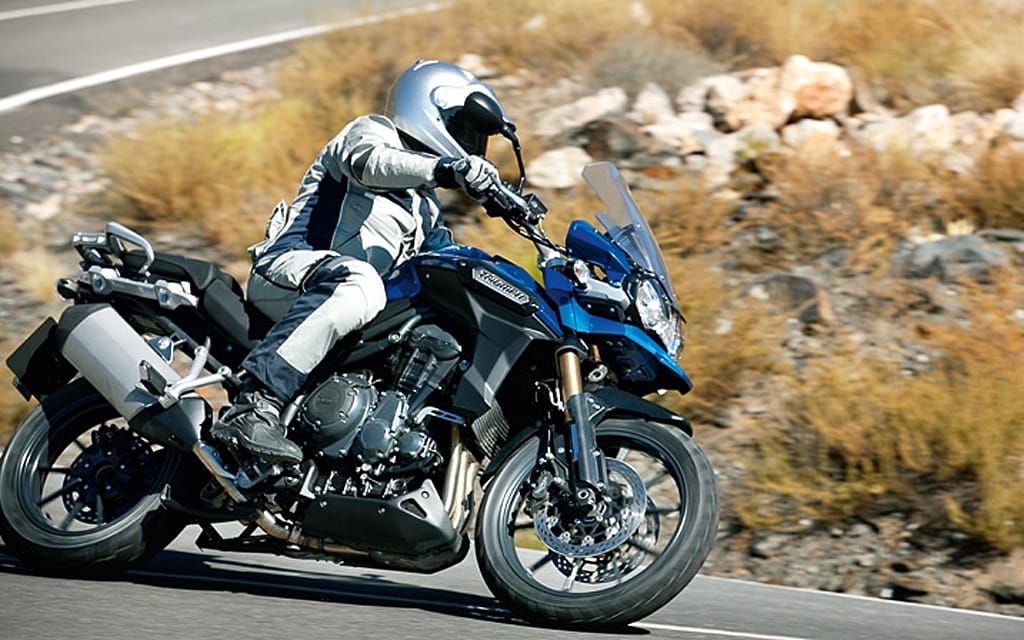 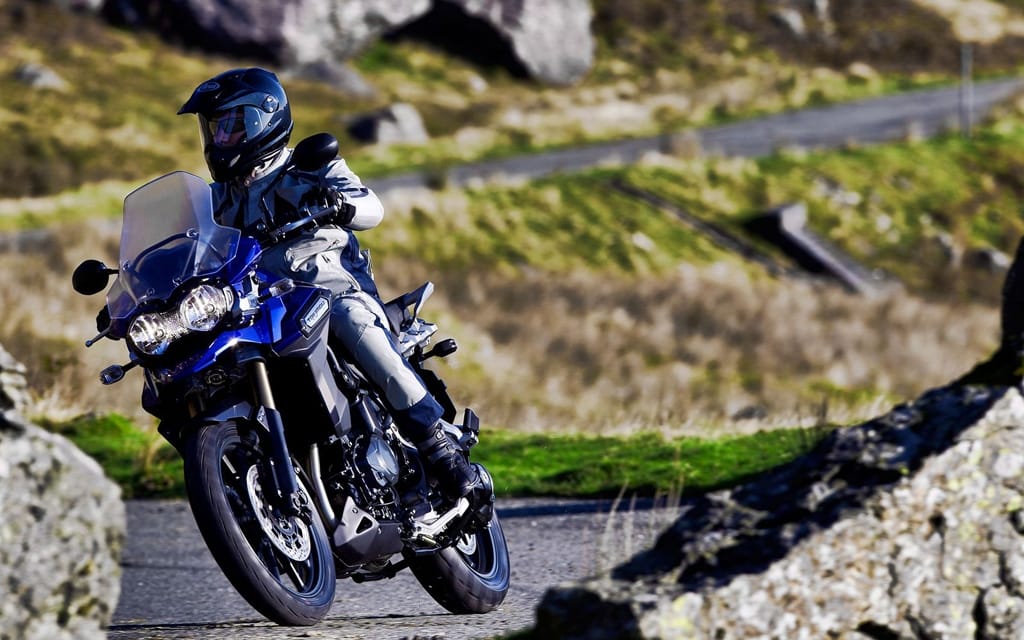 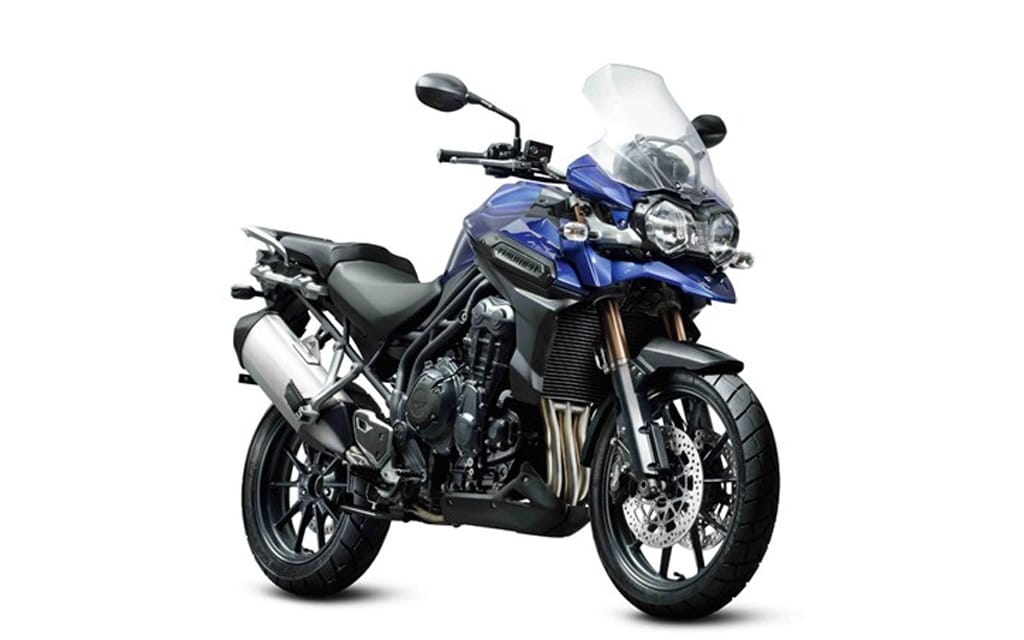 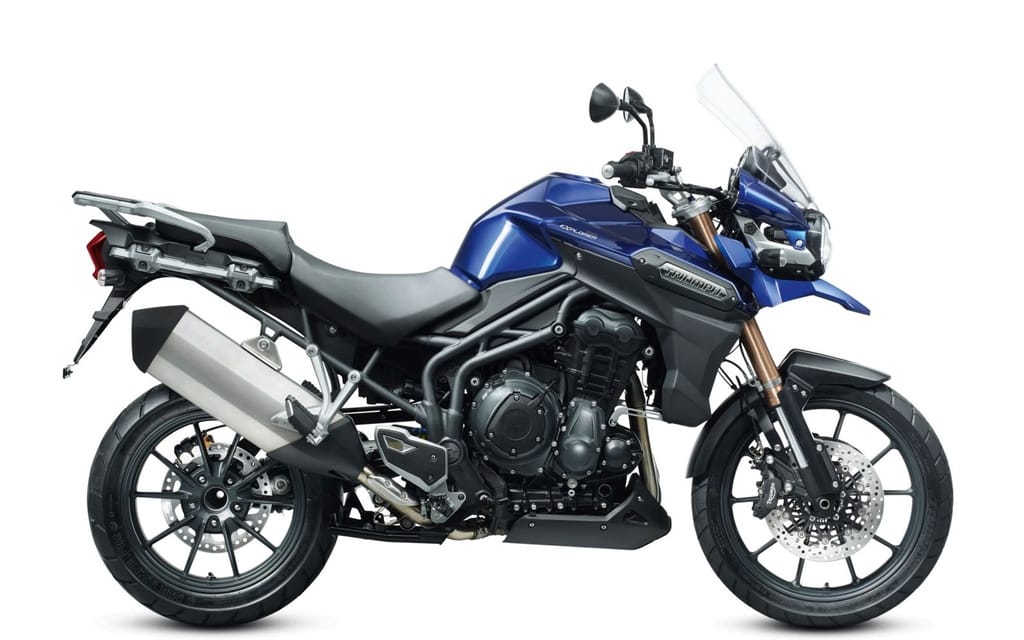 Triumph has confirmed that its all-new 2012 Tiger Explorer will make its Canadian debut at the Toronto Motorcycle Show this Friday, December 9th. Replacing the Tiger 1050 in Triumph’s adventure touring stable, the 1215 cc Explorer presents itself as the Hinckley-built answer to the class benchmark BMW R1200GS — joining the Yamaha Super Ténéré  and Ducati Multistrada 1200 in an attempt to gain traction against the German machine in the large displacement monster traillie market. The Explorer’s liquid-cooled inline triple, claims 135 hp and 89 ft-lbs of torque — up 14 and 15 respectively from the Tiger 1050 — placing it power-wise between the 150 hp Multistrada and the 110 hp GS. At 259 kg (wet), the Triumph is 12 kg heavier than the Beemer, but still has a significant power to weight ratio advantage: .52:1  vs .44:1. Like its Tiger 800 siblings, the Explorer also has a raft of available of accessories that will allow you to transform it into a hard core adventure touring machine, should you so desire.

The Explorer will be on display at all MMIC shows this winter and go on sale in Canada starting in May, says Triumph, with pricing to be announced in January (though we’re hoping they’ll let it slip at the Toronto show). We’ll keep you posted either way.