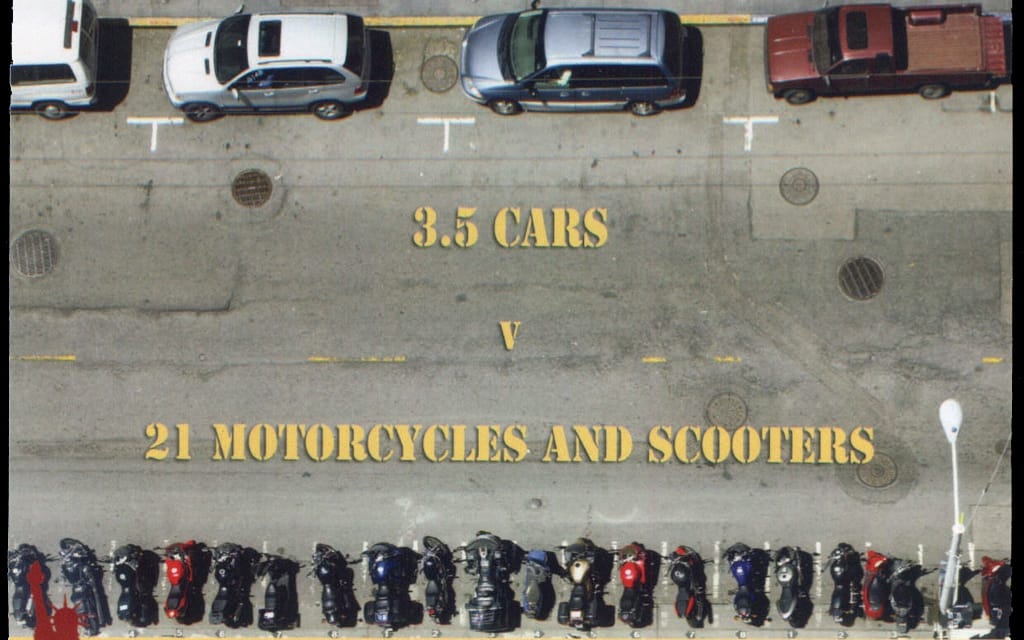 Toronto city council has agreed to consider a motion, introduced on Wednesday by budget chief Mike Del Grande, that would put a halt to free street parking for motorcycles and scooters. Del Grande feels that free parking for motorized two-wheelers is part of the elusive gravy train that Mayor Rob Ford has promised to stop; a “freebie” that is costing the city money, Del Grande claims, though he admits he has no numbers to back that up. “They burn gas just like everybody else,” he’s quoted as saying in the press. “You take a parking spot, you pay what you pay for cars.” Ford of course agrees.

Obviously Del Grande, who represents the suburban riding of Scarborough/Ajax, hasn’t spent much time on downtown Toronto streets. Otherwise he would know that most of the time four to five motorcycles share a single car spot. It doesn’t take a rocket scientist to realize that motorcycles and scooters take up less space and help to ease traffic congestion, but somehow this fact is lost on the car-centric Ford administration.

The free motorcycle and scooter parking bylaw was introduced in Toronto in 2005 as an incentive for commuters and downtown residents to become less car reliant. As well, traditional parking meters had been replaced by a pay and display system, so there was also the issue of affixing the receipt to one’s motorcycle. A stiff breeze could easily blow a parking stub away and there were also reported incidents of motorists stealing receipts from motorcycles to display in their car. Because of this, riders often received unjust parking violations and the courts were said to have become so back-logged with their cases, that the city actually began losing money on charging for motorcycle and scooter parking. Still, Del Grande believes there’s money to be made. “Even if it is a dollar, it is a dollar that should go into the city coffers,” he said. And so, in search of gravy, council has asked staff to report back in February on finding a way for the city to once again charge for motorcycle and scooter parking.