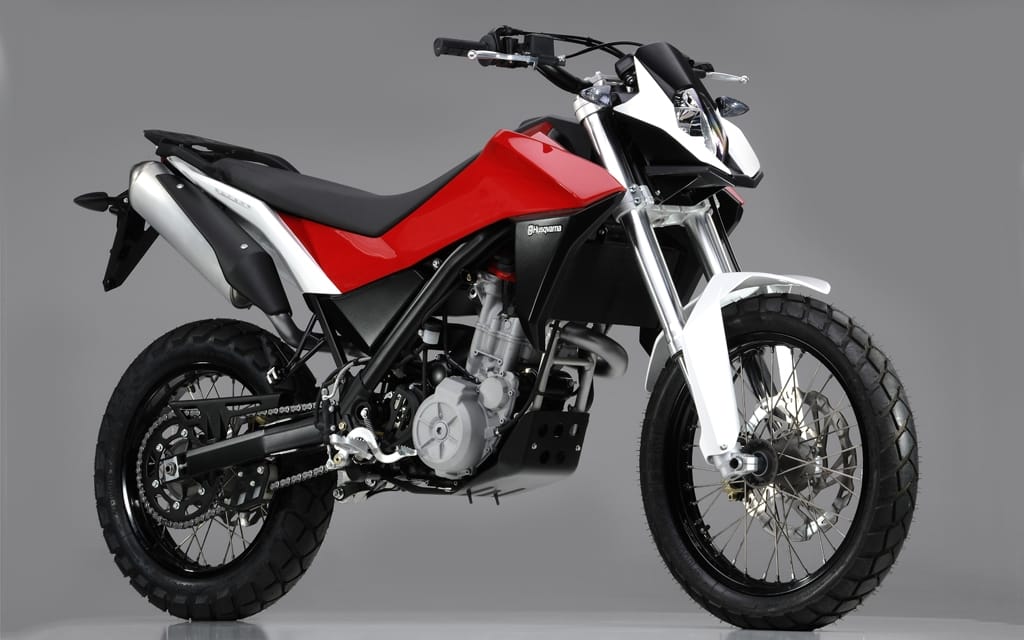 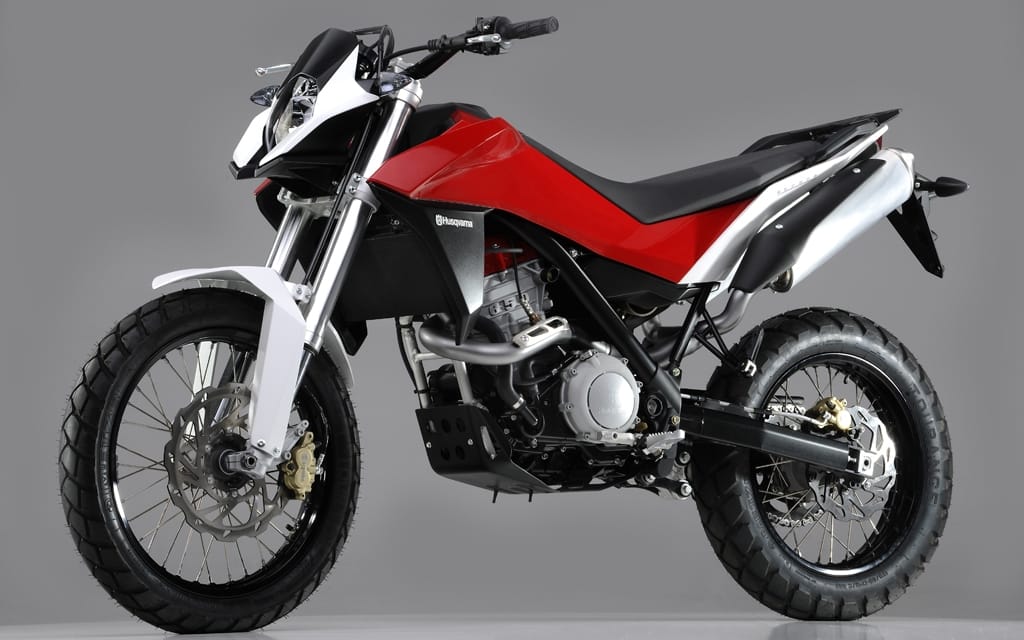 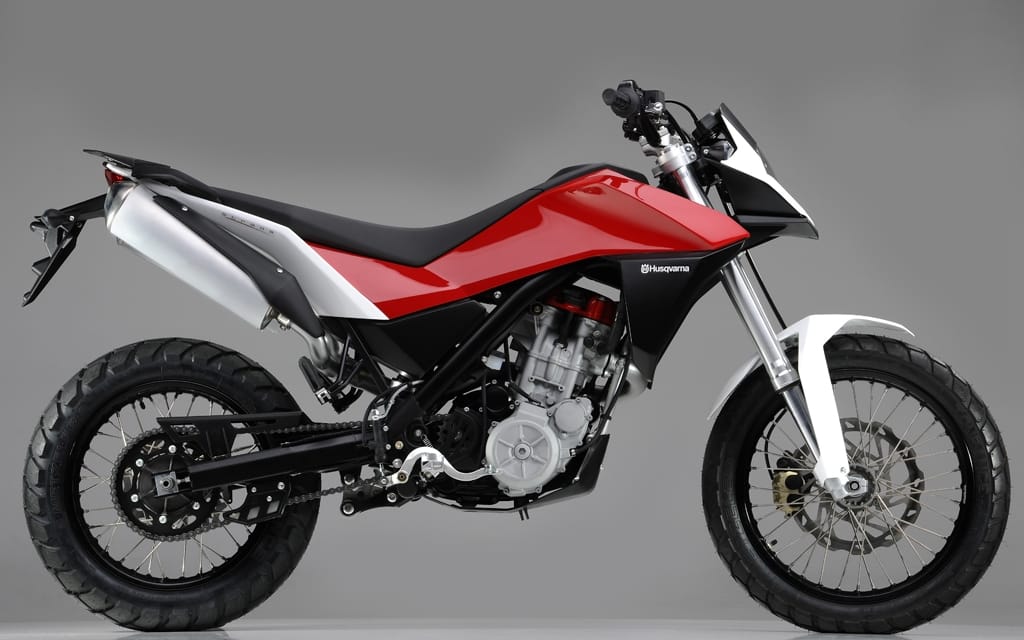 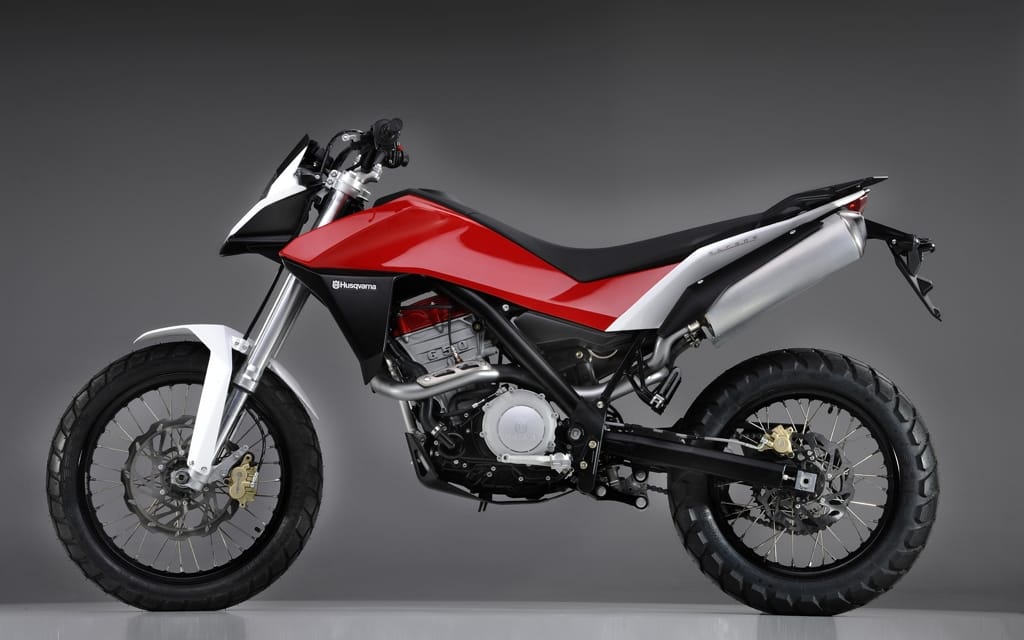 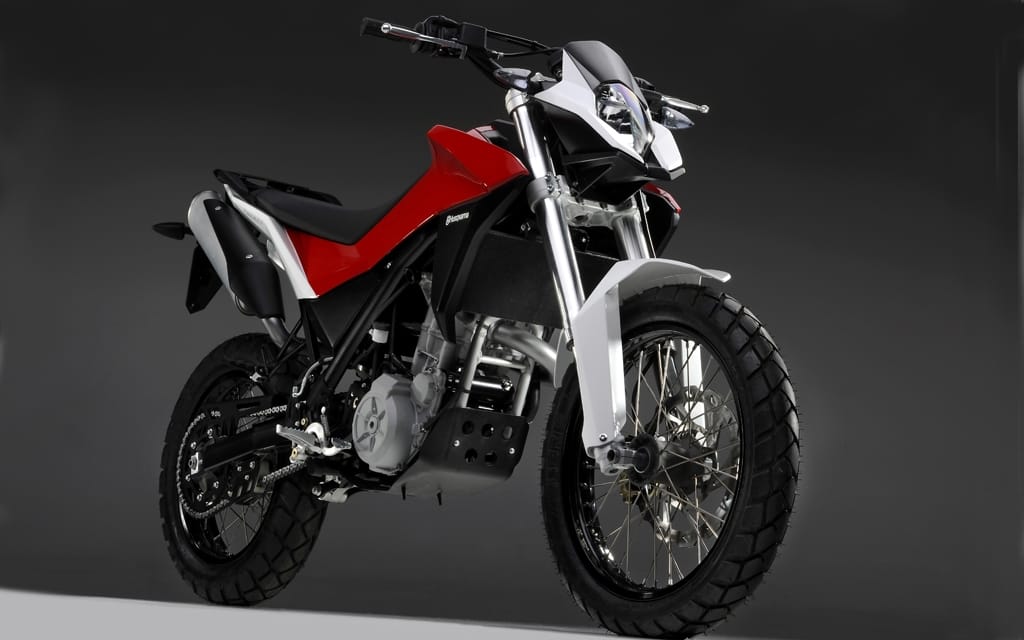 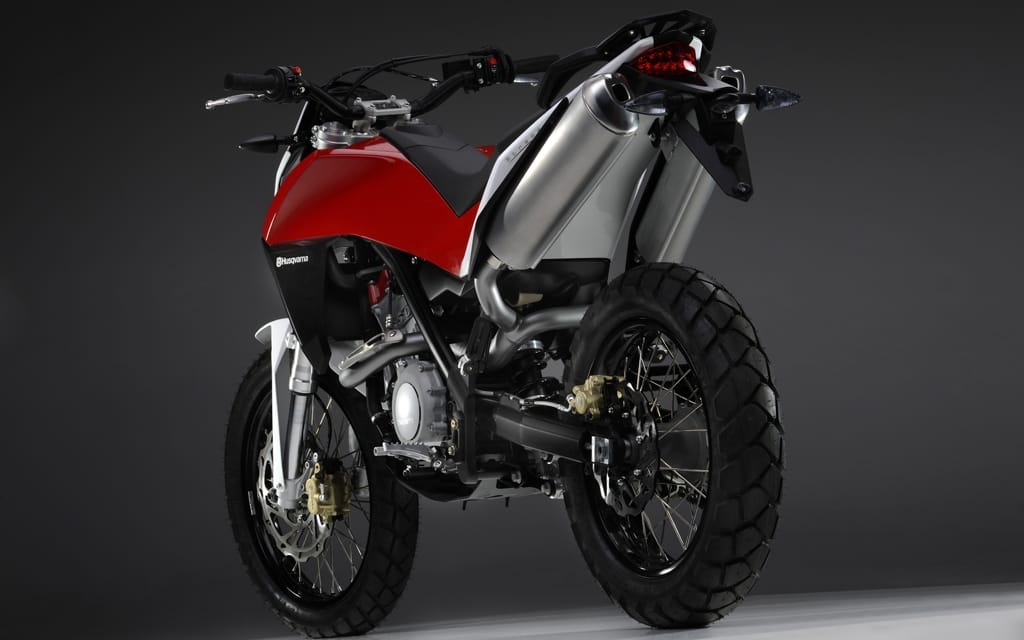 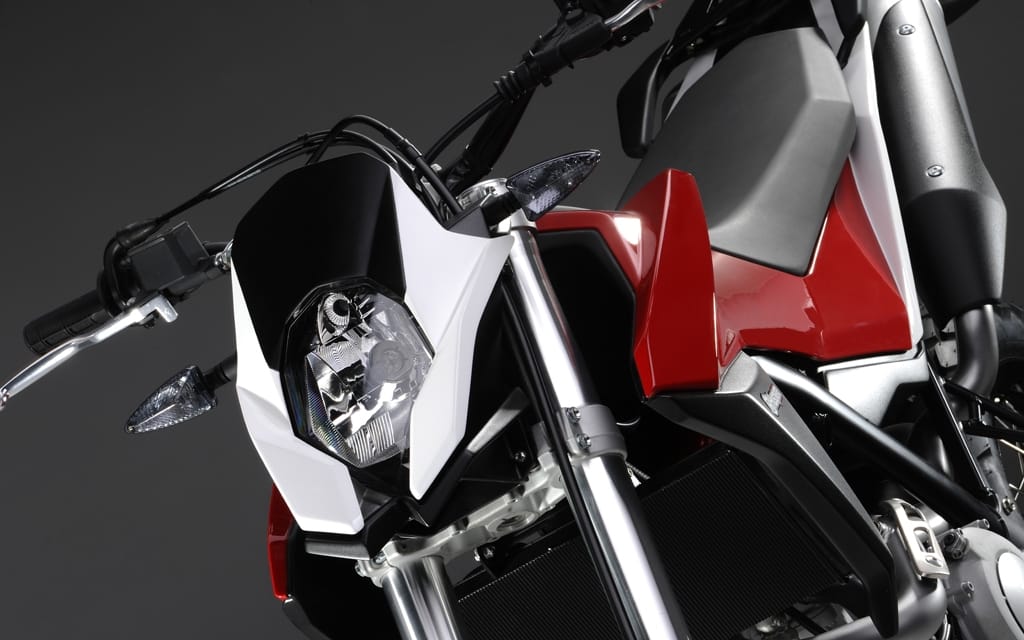 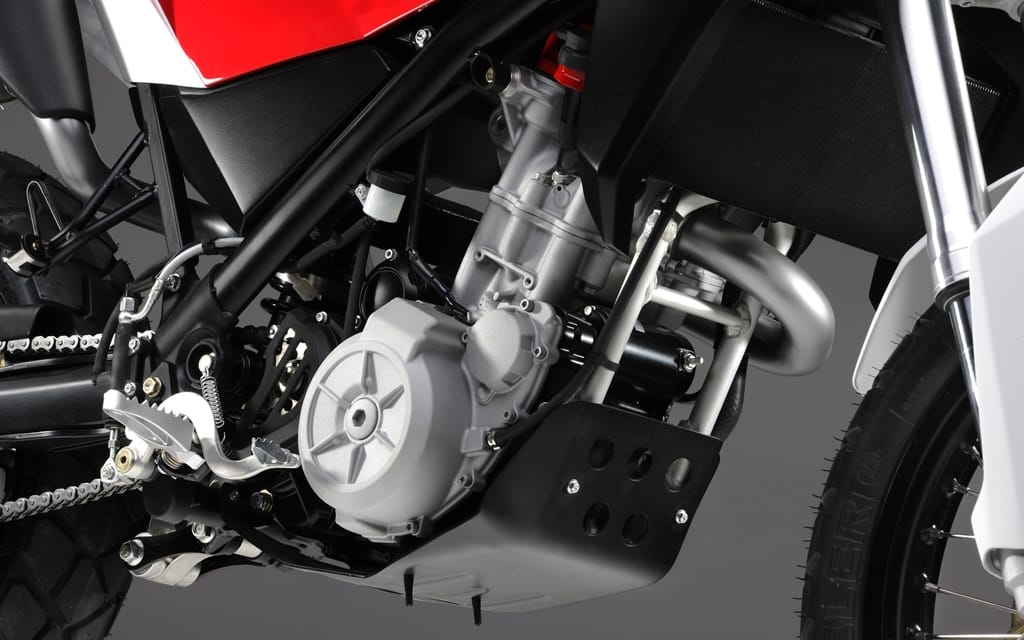 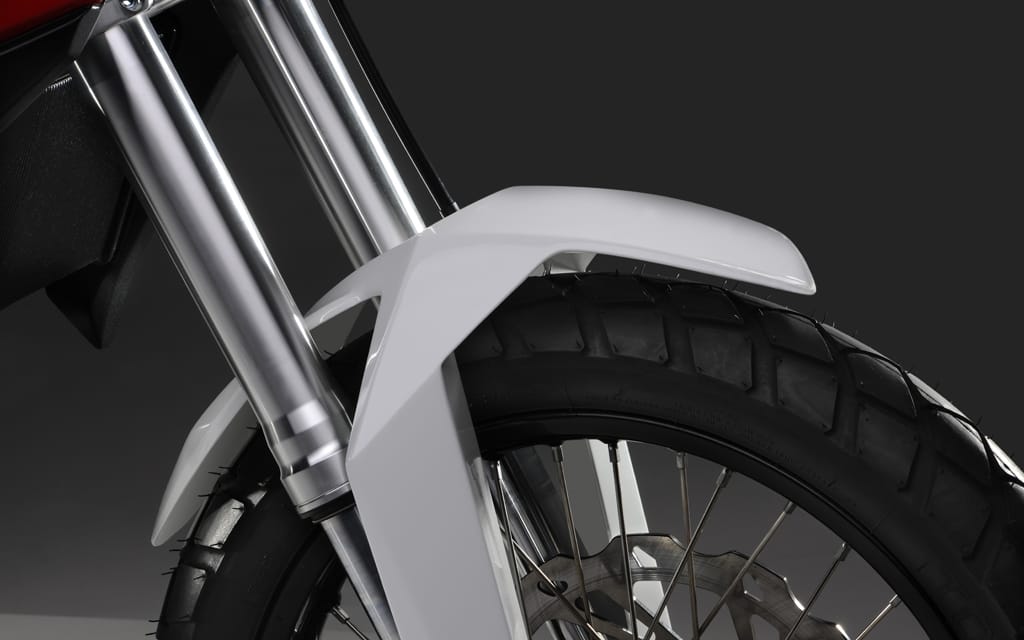 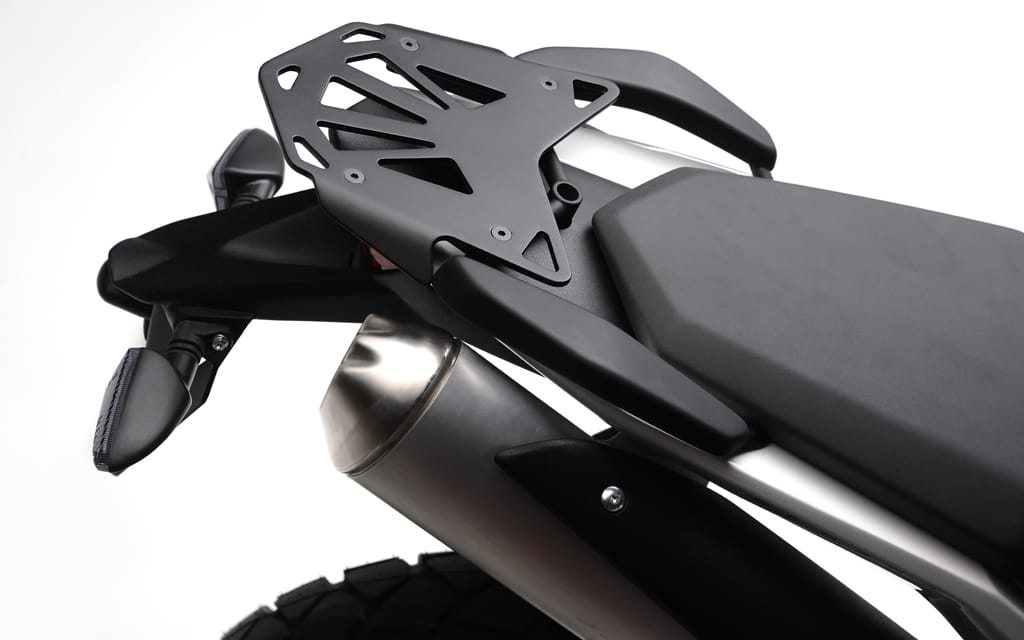 Husqvarna unveiled a new motorcycle at the Paris Moto Show today that is slated to join the firm’s newly minted Nuda 900 in its recently revived street bike lineup. Like the Nuda, Husqvarna’s Concept Strada is built around a retuned parent company engine; in this case the same 652 cc liquid cooled single-cylinder lump powering BMW’s G650GS. Upgrades to the BMW mill have led to an increase in power, says Husqvarna, resulting in a “lively” low-weight (less than 170 kg dry) machine “designed to provide a thrilling ride”. Husqvarna’s announcement gives no actual figures on the Concept Strada, but to be competitive against a bike like KTM’s Duke 690, which claims 67 hp and looks to be the Strada’s target rival, Italian engineers will have had to coax close to another 20 hp from the German motor.

The Strada may have ‘Concept’ in its name, but it’s actually a production bike. The new motorcycle is “already in an advanced stage of planning and production is imminent,” says Husqvarna’s announcement, and the company confirms the bike will go on sale in 2012. Josh Barrett of Husqvarna Motorcycles Canada says the new middleweight thumper will most likely be available here next fall as a 2013 model. The same goes for the Nuda, whose Canadian arrival has been pushed back from next spring to late summer/early fall due to homologation issues, Barrett adds. Pricing is TBD.