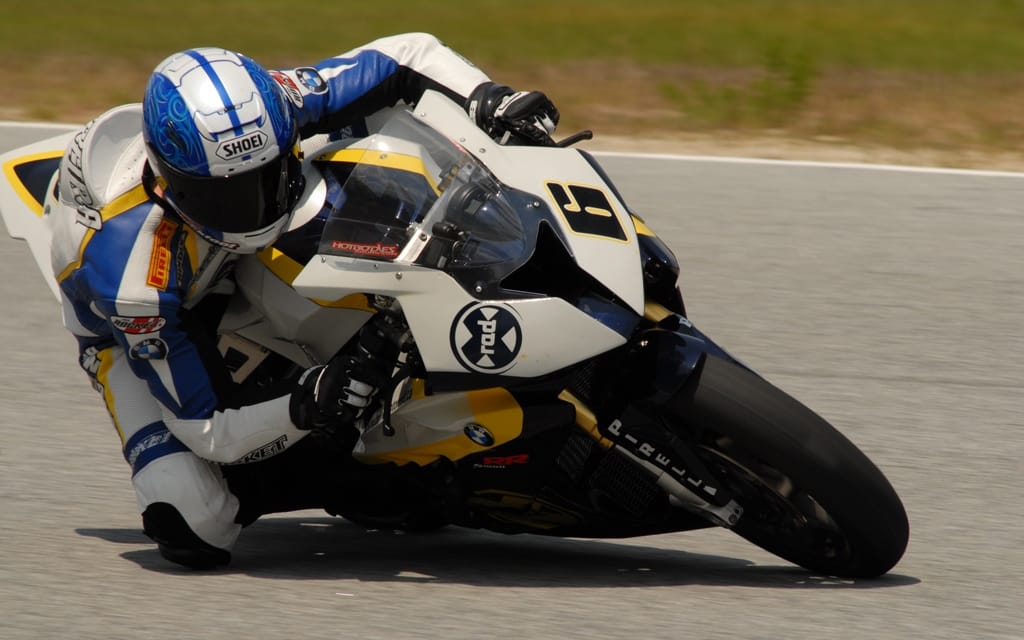 Brett McCormick may have more potential for success up his sleeve than any other Canadian motorcycle racer of the 21st century, but he’s bartending at a Saskatoon restaurant and waiting for an offer from Europe that might not arrive.

The 20-year-old won the 2011 Parts Canada Superbike championship with a stunningly effective performance and then impressed World Superbike regulars at a Portimao, Portugal, test session aboard a Ducati. He’s hopeful that a ride with a World Superstock team will be offered to him, but faltering national economies have hurt racing, and money has become a critical issue for many teams. High-level riders have been invited to help pay for their own racing efforts, and McCormick could find himself trying to find money in order to take up an offer to go to Europe.

In October, McCormick rode a BMW S1000RR in World Superstock for the Garnier Alpha Racing team at Magny Cours in France and then at Portimao in Portugal. He finished in 13th place at Magny Cours, and in 10th place at Portimao – in both races, one spot ahead of the team’s main rider, Markus Reiterberger.

The day after his Portimao ride, McCormick rode some WSB motorcycles on assignment for a magazine. He was fast, and he was noticed. A Ducati satellite team, Effenbert-Liberty Racing, invited him to try out Jakob Smrz’s World Superbike 1098R the next day. McCormick was given 30 laps to see what he could do, and he managed a 1:42.2 lap, which was better than the times of all but eight of the World Superbike regulars who were also testing that day. In fact, it was better than all but nine of the race times established in Sunday’s World Superbike race.

“That test with the Liberty Team went well, and kind of turned heads,” he said in a telephone interview with Cycle Canada.

In the middle of November, he had not yet received an offer to ride World Superstock, but he said he had been talking with teams. “We’re just waiting to hear back from a few people,” he said. “Nothing concrete yet, but I should know more in a few weeks. The team that I did the test with, we’re still talking with them, but also we’re talking to as many people as we can.”

If it comes down to money, he said he would have to find a sponsor, or chase his racing career elsewhere. “I don’t think it’s right. It’s kind of annoying that people are paying for rides, so I’m trying to stay away from that. If I have to raise some money, then we’ll figure it out when the time comes.”

In British Superbike, he said, would-be racers are asked for large sums of money in order to be named as a team’s second rider. He has not been specifically asked to pay his way onto a team, he said, but there have been suggestions. “Last year, before I signed to race in Canada, we were talking to a couple of British Superbike teams. And because nobody knows me over there, they can’t really hire somebody out of the blue as their A rider, and pretty much every single B ride is paid for.”

For the time being, then, McCormick’s racing future is a blank slate. “I want to be over in Europe, but who knows? One option that might be open to him is racing in Canada again. BMW Motorrad Canada would like to have him back, he said, though he has not talked with the company.

Meanwhile, McCormick’s other career moves are shaping up. Before his Canadian Superbike year, he worked as a host at Boston Pizza, and he’s back there on a part-time basis now. “I started working at Boston Pizza again last week, just a couple of times a week for fun. But I’ve moved up to bartending.”

“I honestly have no idea at this point what I’ll be doing next year, but I’m hoping to be over there.”